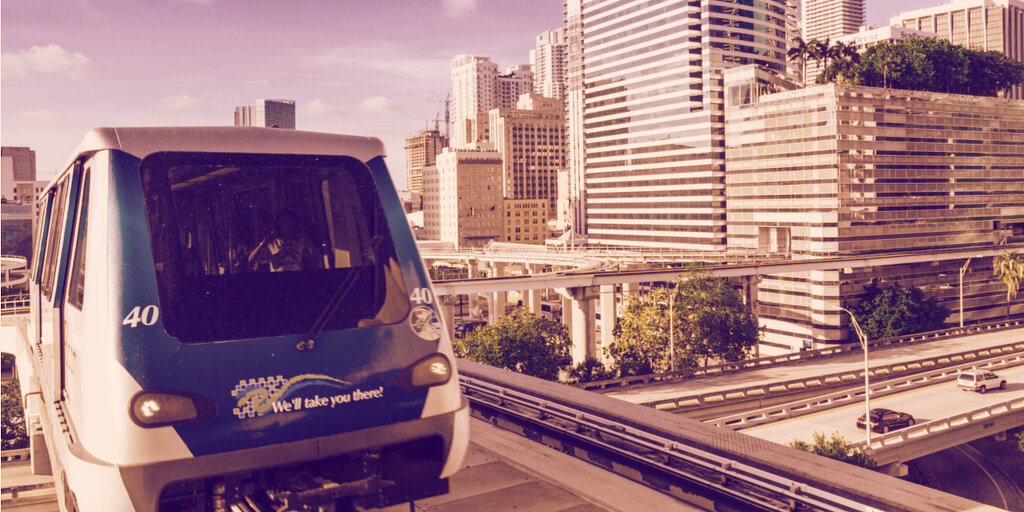 Blockchain.com, which runs a crypto wallet and exchange, is moving to the Magic City.

Miami Mayor Francis Suarez announced the news alongside Blockchain CEO Peter Smith this morning, not far from where the Bitcoin 2021 Conference officially kicks off tomorrow.

According to Blockchain.com, the firm wants to hire 300 full-time employees by the end of next year, and in his City Hall announcement Suarez said the salaries would be between $80,000 to $140,000. The company certainly has the capital to expand its workforce. It’s raised $420 million in financing in the last several months—$120 million in a strategic growth round in February followed by $300 million for a Series C in March.

At the time, Smith said the company planned to expand its product line, look to acquire other companies, and hire more employees, many of whom work out of London, San Francisco, and New York. While it’s moving its US headquarters from New York, it continues to list London as its global headquarters.

Blockchain cited Miami’s “welcoming regulatory environment” and its status as a financial center for Latin America as key factors behind locating there.

Suarez has been a key pitchman for the city, attempting to lure FinTech firms and make Miami “the most crypto competitive city on the planet.”

“Blockchain.com’s arrival in Miami perfectly encapsulates what the Miami Movement is all about,” said Suarez. “It’s about leveraging Miami’s talent against the world’s top companies in order to build towards our goal of becoming a Miami that lasts forever and a Miami that works for everyone.”

Suarez isn’t all talk either. In May, he told Decrypt he had personally invested undisclosed amounts in BTC and ETH while saying Bitcoin had grown too large to be regulated. Just the type of thing tech disruptors like FTX and Blockchain like to hear.