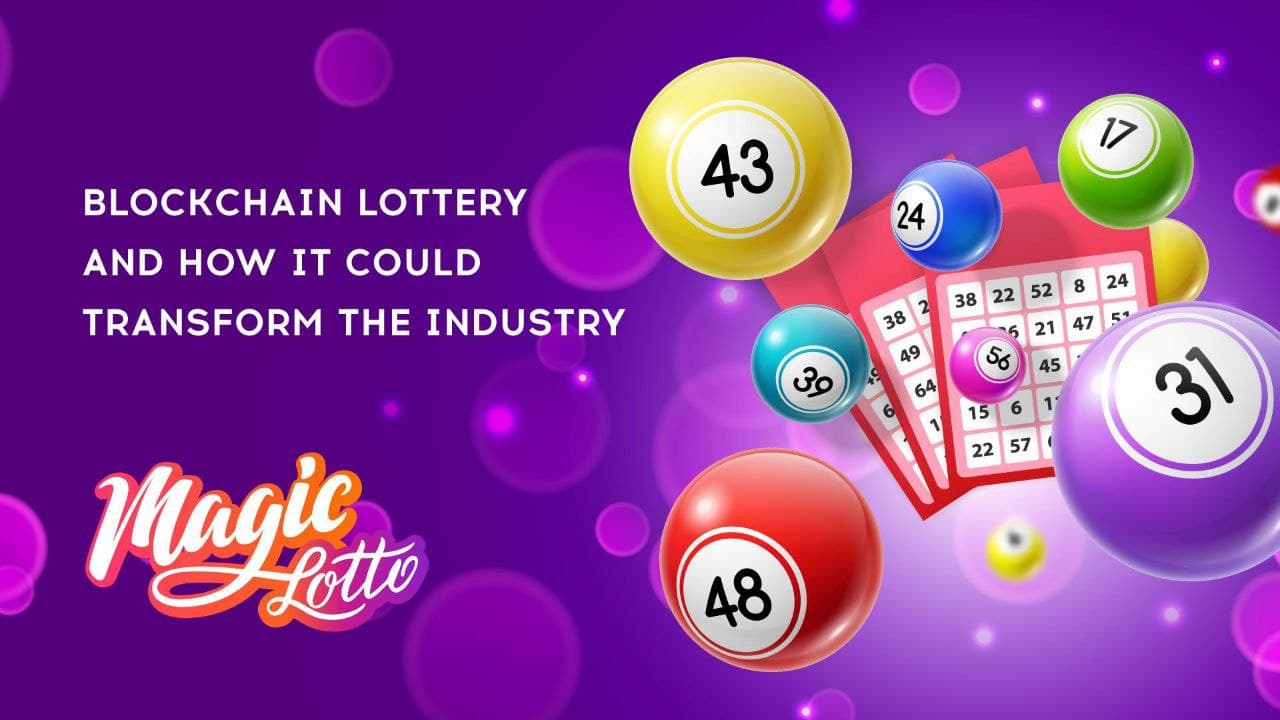 The lottery industry has been in existence for centuries. Throughout that time, fairness and transparency have always been prevailing issues. Whether it’s the Keno slip lottery from the Han Dynasty or a national lottery event in the US, people have always questioned how the winner emerges.

Of course, there are lots of things to question. They include the random number generation method, the actual existence of a winner, the number of prizes, the value of the whole deal, etc. However, with the emergence of blockchain technology, it appears that all the issues can now be solved once and for all.

Blockchain technology is a distributed public ledger that relies on smart contracts. Blockchain lottery uses this technology to create a trustless platform where the entire process is transparent. Since the blockchain is a decentralized and public platform, everyone can see the odds of winning, transactions, number of players, among other things.

Smart contracts are what make the entire process trustless. In the regular lottery, players have to trust the operators and believe in their good faith. But that’s not always the case. There have been many instances where the lottery was rigged, and players lost their money.

The chances of that happening are very limited, with smart contracts automatically triggering actions based on an event. For example, if a ticket number is drawn, the ticket owner automatically gets a certain amount of money. This means it’s no longer within the power of the lottery operator to authorize the payment.

Beyond that, blockchain also solves the challenge of the availability of lottery beyond a geographical location. Blockchain lottery happens on the internet, which means more people can participate regardless of the location. The distribution of funds is also fair and transparent. Usually, lotteries are used to fund social impact projects. But it’s hard to tell if they’re used for the actual purpose in the traditional lottery industry as there are several allegations of corruption. With blockchain, all transactions can be traced right to the source, so everyone knows how much comes in and goes out.

Magic Lotto is a lottery platform built on Qchain. It also allows players to increase their chances of winning by inviting their friends to register and participate in the lotto through its affiliate program.

There are several blockchain lotteries out there already and many more to come. But Magic Lotto has several features that make it outstanding and separate it from the pack. This include

Transparency and Anonymity: This might seem like a paradox, but that’s one of the advantages of blockchain. It’s transparent because users can see all transactions and anonymous because winners’ names aren’t visible. It supports Cryptocurrency: Users can buy lottery tickets using the QDT token, the native token of Qchain. Automatic Processes through Smart Contracts: Winning accrues automatically on Magic Lotto, and you don’t have to take any action for your account to be credited. You can withdraw your winnings instantly through a smart contract. Zero Hidden Fees: One of the challenges users face with online lotteries is that even when they win, the operator still makes some deductions when they withdraw. This isn’t the case with Magic Lotto, as there are no charges on your withdrawal. Affiliate Program: Magic Lotto affiliate program makes it possible for players to improve their chances of winning and earn rewards by referring other people. This way, any user can create a network of players and earn bonuses each time they win or purchase tickets.

Blockchain lottery is still at an early stage, which means there’s a lot of room for development and better practices. However, it has shown that it can solve most of the current challenges users face in the lottery industry. Then, of course, there’s a need to finetune the strategy for deploying blockchain lottery and further tighten the security of blockchain protocols. But there’s a lot of time to watch things play out.

Disclaimer: This article is provided for informational purposes only. It is not offered or intended to be used as legal, tax, investment, financial, or other advice.