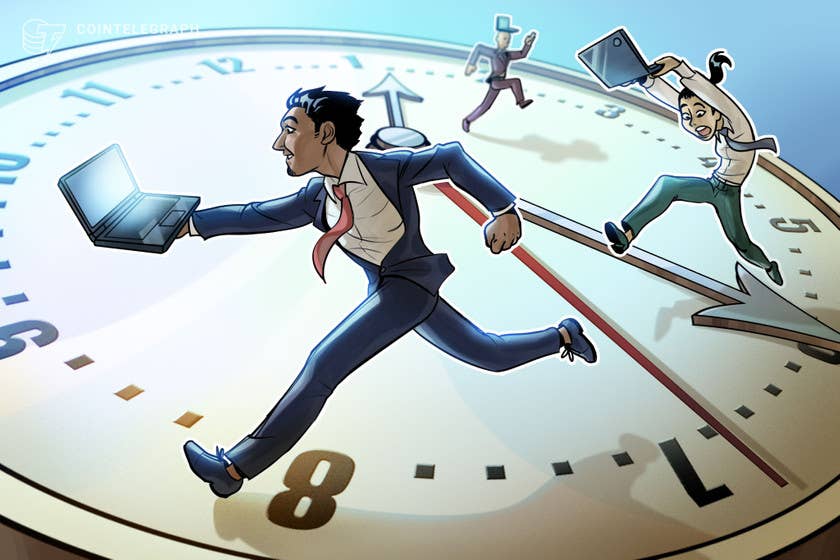 Bitcoin (BTC) starts a new week fresh from its first attempt to crack $50,000 in over a month — what’s in store next?

After an encouraging weekend, BTC/USD faces an increasingly bullish macro climate and a host of expectations from analysts who demand that October changes the game.

Q4, they say, should be unlike anything yet seen in the current Bitcoin bull run, and the latest estimates even argue that there is more than six months left to prove it.

With “Uptober” set for its first full week, Cointelegraph takes a look at what factors could be next to move the market in the coming days.

Stocks may have had a flat September, but the first few days of the new month have already shown how just a little good news can see Bitcoin outperform the macro pack.

Since Oct. 1, however, the pair’s fortunes have firmly set a different tone, and against expectations for stocks to rally at the expense of the U.S. dollar, positive headwinds for Bitcoin may well continue.

“However, investors will need to hang on tight during the typically tumultuous ride in October, which saw 36% higher volatility when compared with the average for the other 11 months.”

Last week’s sentiment was driven by the vote on the U.S. infrastructure bill, this now being pushed back until, at the latest, Oct. 31.

One of my reasons to be bullish on #BTC: DXY chart

2 days ago in live stream: “DXY hitting red box, should reverse soon and start a correction”

This correction could take a while and is bullish for crypto imo. pic.twitter.com/bn5LI8B8Gk

As it stands, USD is at its highest in over a year, as measured by the U.S. dollar currency index (DXY). A reversal in recent days — traditionally a bullish catalyst for Bitcoin — is on traders’ radar.

For popular Twitter trader Crypto Ed, a DXY correction could even last months rather than weeks.

After clipping $49,000 over the weekend, Bitcoin is clearly lining up an attack on the all-important $50,000 mark — just not quite yet.

Despite bullish impulses, Sunday’s latest break to the upside ended with a hefty rejection and subsequent drop of almost $2,000.

Commentators broadly dismissed this as being a bearish signal, however, maintaining that any BTC price weakness will be temporary.

Among them is Cointelegraph contributor Michaël van de Poppe, who on the day repeated his recent theory about brief consolidation followed by a fresh bullish breakout.

Fellow trader Pentoshi meanwhile likened the situation to last year’s Q4 activity when it was $20,000, not $64,500, that Bitcoin needed to beat.

“I don’t really care for low time frames. I care about the macro market structure,” he said in accompanying Twitter comments.

Drop or no drop, BTC/USD likewise put in a solid weekly close of $48,234 — and in so doing, cancelled out its previous two weeks’ action entirely.

#BTC has rallied +20% since breaking out from the Ascending Triangle$BTC #Crypto #Bitcoin pic.twitter.com/mNXy48fAqR

You can never know for sure, but by some estimates, Bitcoin hash rate has already hit new all-time highs.

Less than five months after China sparked a mass migration of miners and equipment due to a regulatory crackdown, data sources are showing that the fundamental metric has fully compensated for the upheaval.

Not only that, but the hash rate may have even hit 200 exahashes per second (EH/s) in recent days — a full 32 EH/s above its previous peak.

Measuring hash rate is difficult — mining power dedicated to Bitcoin is impossible to ascertain exactly, and so any depiction can only be a guess.

Bitcoin network fundamentals are firmly in “up only” mode, reflecting the continued long-term conviction miners have on profitability.

“China kicked out nearly 90% of bitcoin miners in the country earlier this year. Hash rate fell approximately 50% as a result,” Morgan Creek Digital co-founder Anthony Pompliano commented on the data.

As Cointelegraph reported last week, difficulty is also set to challenge records this week, with the next adjustment likely being the seventh increase in a row.

This has not happened since 2019, while difficulty remains around 20% below its all-time highs seen in May.

It’s no secret that Bitcoin’s best-known analysts are calling for a spectacular Q4 performance from BTC price action.

For PlanB, creator of the stock-to-flow model family, the “worst case scenario” for Bitcoin has come true two months running.

Zooming out, however, the picture remains even more rosy for Bitcoin bulls, he says. In his latest stock-to-flow cross-asset (S2FX) update, PlanB showed price behavior being roughly 50% through its bull cycle, leaving the door open for rapid gains.

“IMO we are midway, no sign of weakness (red) yet. Note color overlay is not months to halving but an on-chain signal,” he commented on the chart.

“My guess: this 2nd leg of the bull market will have at least 6 more months to go.”Bitcoin S2FX chart as of Oct. 3. Source: PlanB/ Twitter

Bitcoin still has to play catch-up with stock-to-flow’s daily estimates, spot price having deviated by record proportions in recent months.

For Monday, according to monitoring resource S2F Multiple, BTC/USD should be trading at just over $100,000.

Pricing in a Bitcoin ETF

As Cointelegraph reported, the odds are on for some sort of Bitcoin exchange-traded fund (ETF) to get U.S. regulatory approval this month.

A futures-based ETF go-ahead is likely first, as the Securities and Exchange Commission (SEC) “kicked the can” regarding a decision on a traditional product until at least November.

The market has been pricing in the landmark moment for some time, but a decision could nonetheless upend sentiment and with it the current state of play in the Grayscale Bitcoin Trust (GTBC).

Despite price action in recent weeks, the fund’s discount to spot price has remained significant, currently lingering near 14%.

Grayscale has said that it intends to convert its flagship crypto funds to ETFs when circumstances allow, while data shows that business is anything but suffering.

“If it were an ETF it would also rank in top 5% most active.”Bitcoin funds trading turnover comparison. Source: Eric Balchunas/ Twitter