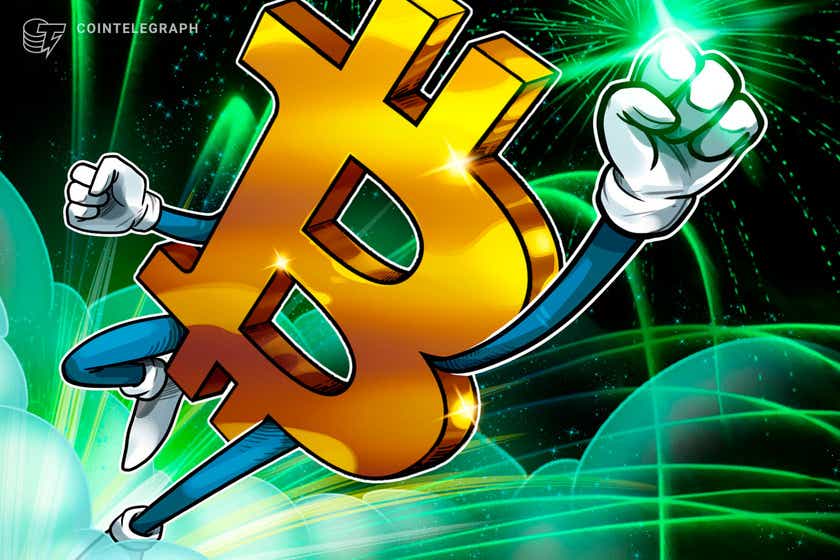 Bitcoin (BTC) kept markets guessing into the Wall St. open on Oct. 11 after seeing rejection on hitting its highest since May.

Data from Cointelegraph Markets Pro and TradingView showed BTC/USD tracking $57,000 after reaching $57,450 on Bitstamp — its best since May 10.

In so doing, Bitcoin effectively fully cancelled out the impact of China’s mining debacle and subsequent redistribution of hash rate around the world.

If you’re reading this, you survived the #BTC crash in May 2021$BTC #Crypto #Bitcoin

Amid a celebratory mood among analysts, predictions broadly centered on a run to a six-figure peak initiating sooner rather than later.

“All data science models suggest that BTC will peak much higher than $100,000 in this cycle,” trader and analyst Rekt Capital added on the day.

Even at current prices, BTC/USD has only been higher 38 days in its lifetime, Morgan Creek Digital co-founder Anthony Pompliano noted.

That could be assisted by a unique macro environment further adding to Bitcoin’s allure as a finite-supply investment, Bloomberg said.

“Relative to rising US debt and tensions over a potential default, Bitcoin may be entering a unique phase for a 4Q price rise as markets gain trust in the coding that defines the crypto’s supply,” he tweeted.

“The debt-ceiling drama may work against managers that avoid allocations to Bitcoin.”

The concerns failed to worry the dollar at the start of the week, however, with the U.S. dollar currency index (DXY) climbing once more above 94 support.