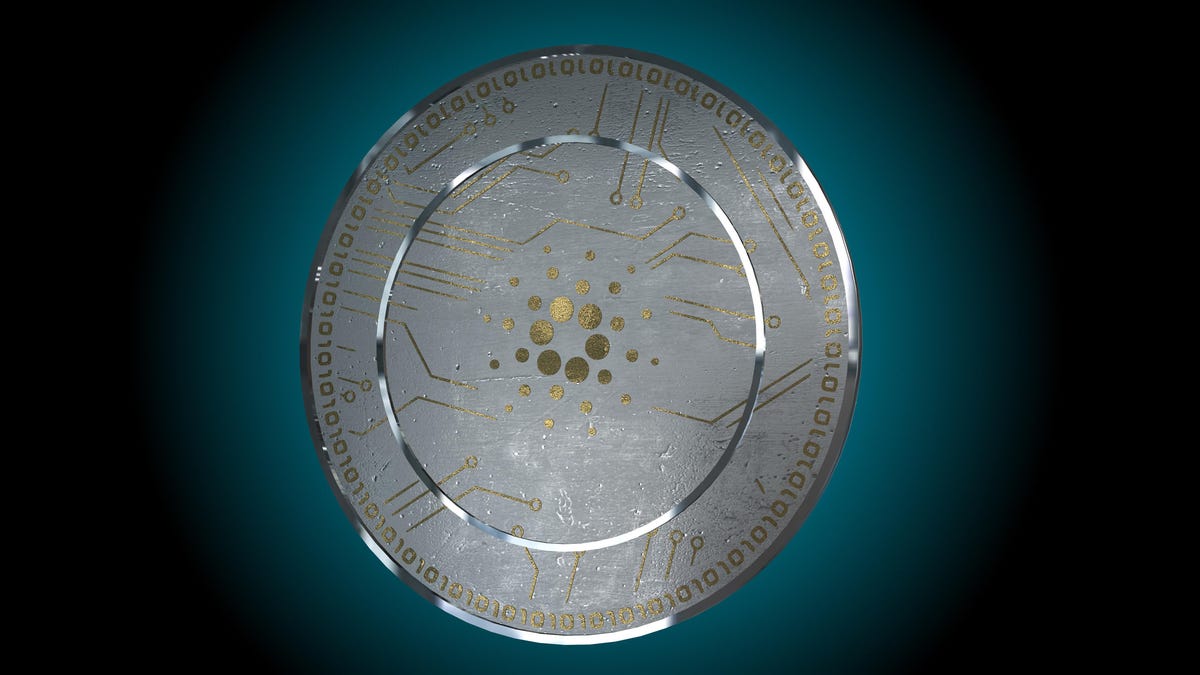 Cardano’s ada token plummeted to its lowest price in more than three months on Wednesday after popular retail-trading platform eToro announced plans to delist the cryptocurrency in the United States due to regulatory concerns—making ada the latest victim of the murky regulatory waters that have repeatedly pummeled the nascent crypto market.

Cardano’s ada has now plummeted nearly 49% from an all-time high set in September, but it’s still up … [+] a staggering 800% this year.

The price of blockchain Cardano’s ada token plummeted more than 9% to a low of $1.60 by 2:00 p.m. ET Wednesday, according to crypto data website CoinMarketCap, pushing the token nearly 49% below an all-time high of $3.10 from September.

The stark plunge started Tuesday shortly after eToro, one of the world’s largest exchanges for retail traders, announced it will delist ada and Tron tokens in the United States on December 26, barring users from buying the cryptocurrencies and earning rewards on them.

Israel-based eToro, which did not immediately respond to Forbes’ request for comment, said the changes were brought on due to “business-related considerations in the evolving regulatory environment,” and added that users will still be able to sell any tokens they already own.

In a video posted to Twitter on Tuesday, Cardano founder Charles Hoskinson railed against the decision, blaming it on the lack of a “global regulatory standard” governing how cryptocurrencies should be listed on exchanges and trying to assuage concerns that ada’s price would be affected, which he called a byproduct of “fear, uncertainty and disinformation.”

Other cryptocurrencies tumbled alongside ada on Tuesday, with tron, a smaller token with a $7 billion market capitalization, falling 6%, while sol, polkadot and dogecoin fell 8%, 6% and 5%, respectively.

Despite tanking this month, ada has skyrocketed a staggering 800% this year alone and now commands about $54 billion in market value, compared to nearly $95 billion at its peak.

“This is just the nature of the game… and the only way we’re going to solve this as an industry is through regulatory clarity,” Hoskinson, who also co-founded major cryptocurrency platform Ethereum, said Tuesday. “If you’re a European entity with principal European customers, you usually limit your U.S. exposure because the cost of U.S. exposure is extremely high,” he added, referencing eToro’s European domicile and saying U.S.-based exchanges, like Coinbase, are “already paying” for regulatory compliance and therefore have it “much easier” to comply with domestic regulations.

A wave of regulatory crackdowns beginning in 2017 sparked an 80% correction in cryptocurrency prices and a yearslong bear market that lasted until inflationary concerns and institutional adoption ushered in new highs during the pandemic. Similar concerns have rattled markets several times over the past year, with growing regulations in China tanking the value of the world’s cryptocurrencies by as much as 45% this summer.

In a long-awaited report released this month, a team of President Joe Biden’s top economic advisors called on Congress to introduce regulatory oversight and a formal market structure for cryptocurrencies “as soon as possible.” As a starting effort, lawmakers included a highly contentious provision in the recently enacted infrastructure bill requiring exchanges to report cryptocurrency transactions in excess of $10,000 to the Internal Revenue Service.