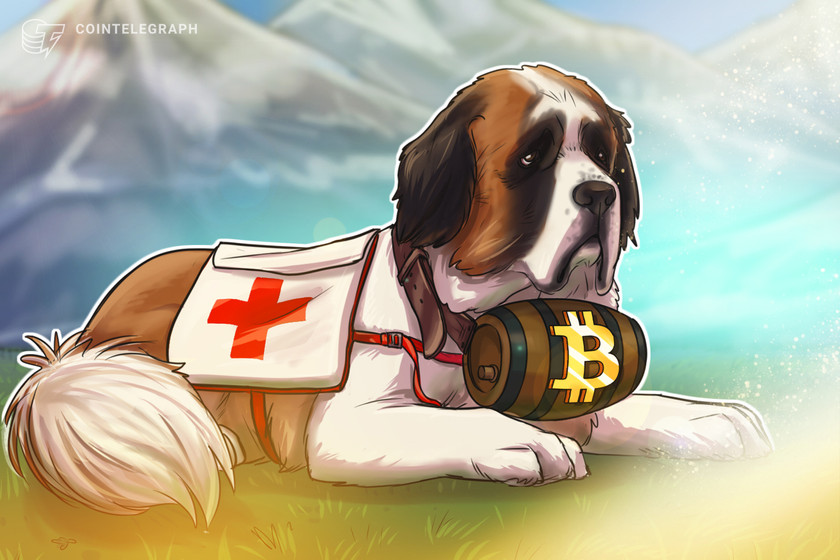 How much is a doggo’s life worth? For one Redditor, “dojeckahedron” saving their pooch from the clutches of cancer is worth their entire Bitcoin (BTC) stack.

In a tearjerker of a Reddit post, the dog owner from the States shared a photo of their pooch, Derby. The message said they cashed in all of their Bitcoin to pay for their “bestie’s radiation treatments.”

Dojeckahedron told Cointelegraph that they are “grateful” that they had Bitcoin to pay for Derby’s radiation treatment. For Dojeckahedron and their family, using Bitcoin as an investment strategy to pay for things was enough:

“This is the moon for us, we’re happy with that.”

The family began accumulating Bitcoin “right at the beginning of the pandemic.” Back in March 2020, when most of the world was locked down at home, many retail investors began to learn about Bitcoin and cryptocurrencies–the Dojeckahedrons included:

“I believe we made our first investment in April 2020 and then primarily invested our stimulus checks along with a few smaller buys during some dips.”

Cointelegraph previously reported that Americans investing their stimulus into Bitcoin made $4,500 profit. For Dojeckahedron a Reddit comment revealed that they had “doubled” their initial investment using the world’s most popular cryptocurrency.

The Dojeckahedron family had sadly already lost Derby’s brother to cancer six years prior, so “after weighing all of our options, cashing out [to pay for treatment] was the best way for us to avoid completely depleting our personal savings.”

When asked whether they could have taken out a loan against their Bitcoin in order to HODL and still pay for the treatment–like one British engineer did to pay for his Mom’s house–Dojeckahedron said they “did not know that taking a loan against it was an option.”

They added that taking out a loan using Bitcoin as collateral is something they “would have considered that had we known.”

A silver lining for Derby’s parents, the Reddit Bitcoin community was not only compassionate enough to share well wishes but it’s also helped the family to replenish their stack of Satoshis.

The Bitcoin address they shared in the subreddit comments has already received 0.0058 BTC ($200) from dog lovers and generous Bitcoiners alike.

It’s not the first time that crypto strangers on the internet have banded together to support those in need. A cancer patient raised funds through crypto Twitter, while crypto donations for Ukraine surpassed $37 million.

For the Dojeckahedrons, while Bitcoin has proved itself as an investment tool; it’s a “hobby” that is, unfortunately, “too unreliable for us to feel comfortable with it being our only safety net.” They summed up their feelings:

“At the end of the day, money is just money. Our dog, Derby, has been our best friend and a very loyal companion for more than 12 years.”

For those concerned about poor Derby’s outcome: “He’s otherwise healthy and his prognosis with treatment is very good.”