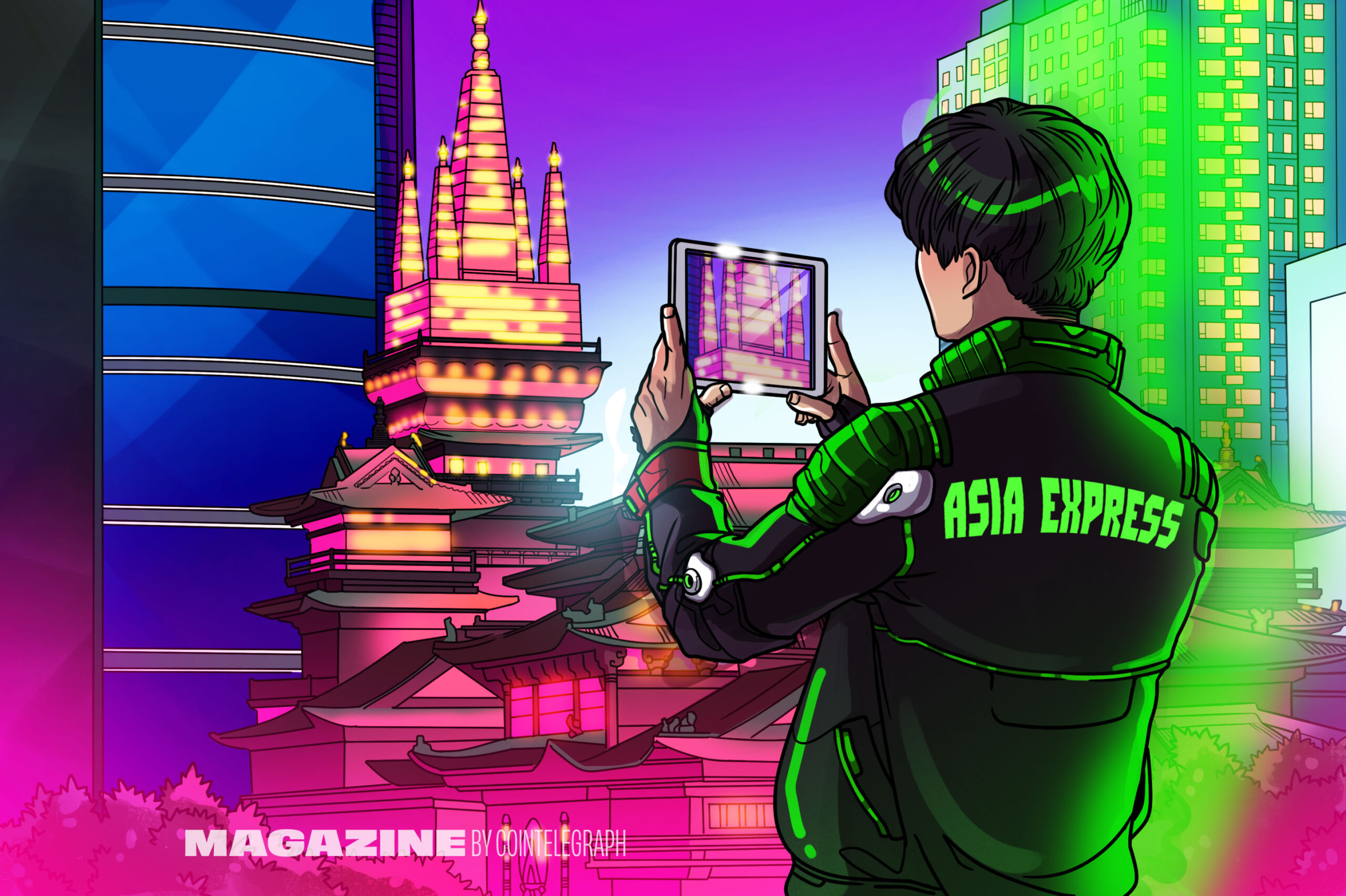 After a one-year hiatus, Our Man in Shanghai returns, but he’s no longer based in Shanghai (the crypto crackdown was a factor in the column’s retirement), so a rebranding is in order. This space is now called “Asia Express,” and it’s a weekly roundup of news from mainland China and Taiwan and the rest of Asia too. Check in each Friday for news about Asia’s more influential projects, changes in the regulatory landscape and enterprise blockchain integrations. Much has changed since the last edition on Dec. 17, 2021. Without further ado, let’s dig in.

It’s designed as a secondary market for trading digital collectibles, along with copyrights for digital assets. Perhaps unsurprisingly, it’s built on China’s national Wenbao, or “cultural protection” blockchain, which helps verify the authenticity of artifacts and commercial goods. Currently, only the NFT platform’s landing page is accessible.

On Dec. 29, the state-owned China Academy for Information and Communications Technology, or CAICT, disclosed in its national white paper that over 1,400 blockchain firms are operating in the country despite strict regulations. Together, Chinese and U.S. blockchain firms account for 52% of such entities globally. In one example of distributed ledger applications in public service, CAICT researchers wrote:

Similarly, local news outlet Shanghai Securities News reported that the digital yuan central bank digital currency, or e-CNY CBDC, surpassed 104.8 billion Chinese yuan ($15.21 billion) in usage in the province of Zhejiang since its inception in April. Provincial residents have opened 24.14 million e-CNY wallets, and authorities claimed to have distributed 3.5 billion yuan ($510 million) in tax refunds via the e-CNY to residents as an experiment. Despite the results, experts such as former Chinese central banker Xie Peng said that “usage has been low” for the CBDC.

On Dec. 30, the City of Kunming published its three-year plan for municipal digital economy development. The report set a 25% annual growth target for the city’s digital economy to surpass 500 billion yuan ($72.58 billion) in two years. In addition, local-level communist party officials must meet collective key performance indicators of incubating at least 20 blockchain-specific applications and encouraging the development of at least 10 “strongly competitive” and technologically advanced blockchain firms by the end of 2024. “Please implement [them] fully and completely,” the document states.

On Jan. 1, popular Chinese liquor distiller Moutai and internet technology firm WangYi launched their joint metaverse Xunfeng World on the Apple App Store. Developers designed the experience based on the Moutai distilleries in the Guizhou province. Players can interact with one another and distillers to learn the traditional Moutai-making experience.

Just two days later, its registered users surpassed 1 million, with the app ranking No. 1 in the e-commerce category in China. However, the app only had a rating of 2.4/5 at the time of writing, with users complaining about in-game features, “excruciating” wait times for Know Your Customer verification, login difficulties and poor customer service. One user wrote:

“There is no customer hotline, there is no customer service, and I don’t even know where to solve the problem. I looked forward to joining from the waitlist, but I could never pass KYC on the day of the app’s release. What’s wrong? I’m literally begging you to take my money so I can play this game, but it seems you don’t want it?”

Currently, Hong Kong residents cannot trade cryptocurrencies unless they are classified as “professional investors” or have at least 8 million Hong Kong dollars ($1.02 million) in bankable assets. However, these regulations have done little to curtail the rise of crypto scams.

A recent Hong Kong police report cited by Rthk.hk revealed that in the first 10 months of 2022, the special administrative region recorded 1,503 cases of investment scams involving total assets of $98.5 million, up 10% from the same period last year.

About 70% of the scams were classified as involving crypto. One victim, Mr. Lee, reportedly lost 180,000 HKD ($23,000) after being contacted by a representative claiming access to exclusive insider information on the price of SUSHI tokens. Mr. Lee later called the police after his supposed trading account was removed without explanation.

Square Enix all in on blockchain

In an annual letter published on Jan. 1, Yosuke Matsuda, president of Japanese gaming giant Square Enix, said that the company would shift its business focus to blockchain entertainment. The move follows Square Enix’s announcement on May 3 that it would sell its blockbuster video game franchise Tomb Raider and use the proceeds to invest in new initiatives such as blockchain, though it still retains other popular franchises such as Final Fantasy. Matsuda wrote:

“I think it is fair to say that blockchain gained significant recognition as a field in 2022, as evidenced by ‘Web 3.0’ becoming a firmly established buzzword among businesspeople. However, the year also saw volatility in the cryptocurrency and NFT markets that tracked the dramatic shifts in the macroeconomy described above.”

Matsuda also said that aside from monetization, blockchain and NFTs should be “delivering new experiences and excitement to customers” and that the company had “multiple blockchain games based on original IPs under development.” In its latest filing, Square Enix reported 163 billion Japanese yen ($1.23 billion) in revenue and 39.4 billion yen ($297 million) in profit for the first six months to Sept. 30.

Zhiyuan sun is a journalist at Cointelegraph focusing on technology-related news. He has several years of experience writing for major financial media outlets such as The Motley Fool, Nasdaq.com and Seeking Alpha.