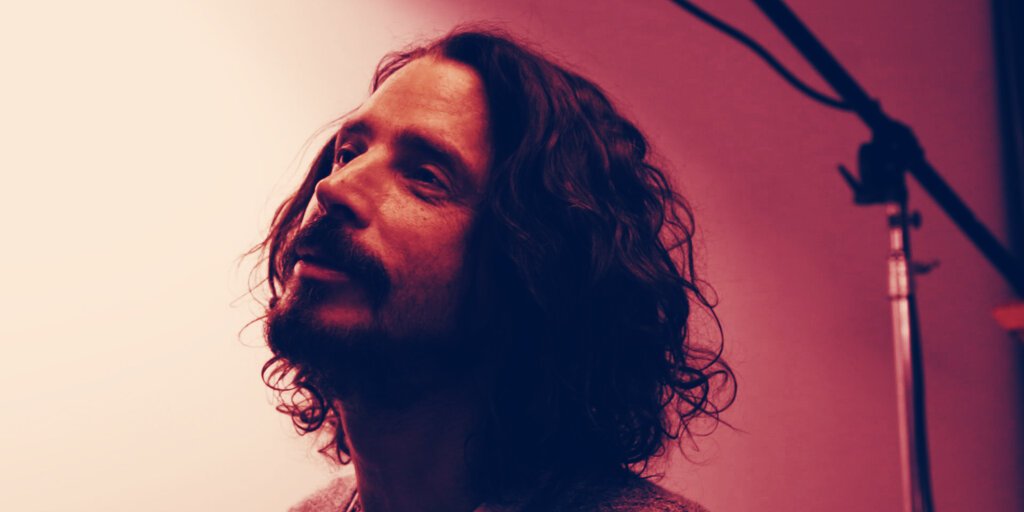 Previously unseen photos of the late Chris Cornell are up for auction. Cryptograph, the company behind the tokens, is giving a portion of the proceeds to charity.

The photos come courtesy of a company called Cryptograph, which uses Ethereum and bills itself as a philanthropy-oriented marketplace for crypto collectibles, and are among the last taken of Cornell during his lifetime.

Collectively titled “The Last Session,” they were shot in 2017—the year of Cornell’s death—by the photographer Randall Slavin.

“The Last Session,” by the photographer Randall Slavin.

NFTs are non-fungible tokens: a kind of cryptocurrency that can be bought and sold as proof of ownership for files on the internet (in this case, the tokens are attached to the photos themselves).

Cryptograph co-founder Tommy Alastra told Decrypt that it was Slavin who approached him about a potential auction.

“I’m friends with the family and Randall,” he said. “They saw what I was doing, and this space of NFTs that I’ve been in now for a few years. I think that this is the right way to immortalize that legacy and showcase this—and they all felt that it was in good taste.”

Rolling Stone snagged the following statement from Cornell’s widow, Vicky: “I’m so grateful that Chris’s last photoshoot was captured by not only an amazing photographer but a true friend.”

A portion of the proceeds from the auction will go to Phoenix House, a non-profit offering rehabilitation programs for addiction. Alastra said the smart contracts behind Cryptograph’s NFTs are written in such a way as to funnel money to charities in perpetuity: if the Cornell NFTs are resold on the secondary market, some of that money is kicked back to Phoenix House.

“There’s a new model that I believe blockchain technology allows for, and it’s not about constantly asking for a handout,” he explained. “I think that we can really change the way corporations look at this sustainable, perpetual model that I think many are starting to adopt.”