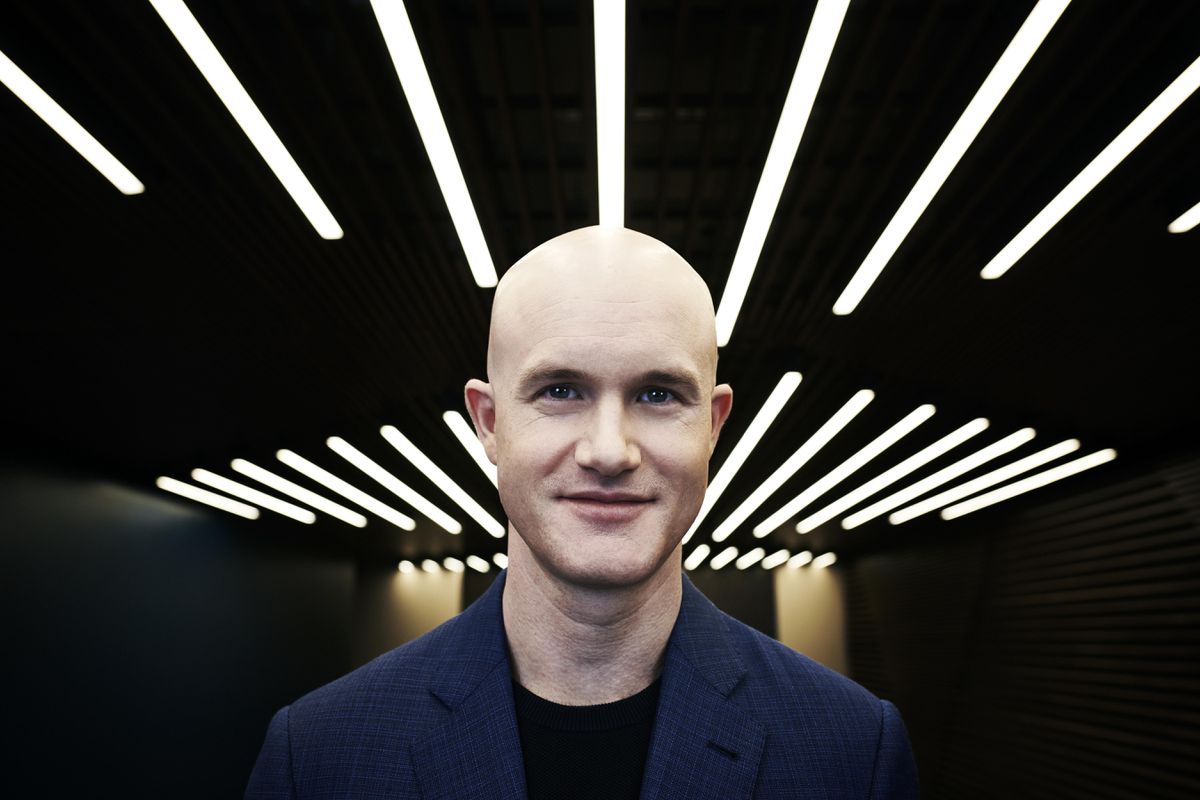 Ahead of its long-anticipated public market debut next week, crypto-brokerage Coinbase previewed results for its best quarter ever, pulling in $1.8 billion in first-quarter revenue as booming interest in cryptocurrencies pushes the market to meteoric new highs.

Coinbase Founder and CEO Brian Armstrong attends Consensus at the Hilton Midtown on May 15, 2019 in … [+] New York City.

Shortly after the market close on Tuesday, Coinbase, the nation’s largest cryptocurrency exchange, reported first-quarter revenue that soared nearly 900% from $190.6 million in the same period last year, blowing past the $585 million nabbed in the fourth quarter as the company’s best quarter ever.

The San Francisco-based firm, which posted a surprise profit of $322 million last year, pulled in an estimated $800 million in earnings during the first quarter, roughly 25 times the $32 million posted a year ago.

Reflecting the surging interest in cryptocurrencies, Coinbase’s trading volume totaled $335 billion in the quarter, eclipsing the $30 billion worth of trades in the first quarter of 2020.

Meanwhile, the platform’s verified users (those with confirmed identities who are eligible to trade) swelled to 56 million at quarter’s end, compared to 34 million one year prior.

Founded in June 2012, Coinbase is set to debut on the Nasdaq exchange next Wednesday, April 14, under the ticker COIN, and the event is sure to test Wall Street’s appetite for the resurgent cryptocurrency market. “I think it’s headed north of $100 billion,” Olaf Carlson-Wee, the CEO of crypto hedge fund Polychain Capital, told Forbes in January of Coinbase’s expected market capitalization, echoing estimates from other experts. Private share transactions have since indicated Coinbase’s valuation may be closer to $70 billion, but even that would put Coinbase in line with booming tech firms like Airbnb, Uber Technologies and Zoom Video Communications. Coinbase opted to go public through a direct listing, eschewing the traditional initial public offering that enlists investment banks as intermediaries and underwriters to instead sell 114.9 million shares directly to the public. The company says it will reveal a reference price for shares next Tuesday.

Coinbase’s foray into the public market comes after a massive year of growth for cryptocurrencies, fueled by heightened institutional adoption that’s seen the likes of Morgan Stanley and Goldman Sachs dive into the space just last month. The cryptocurrency market late Monday swelled to more than $2 trillion after skyrocketing nearly 10-fold from $208 billion in April 2020.

“Coinbase’s expected valuation of roughly $100 billion is far too high,” David Trainer, the CEO of investment research firm New Constructs, said in a note to clients Monday. “It’s hard to make a straight-faced argument that the firm can justify the lofty expectations baked into its valuation given increasing competition in a mature cryptocurrency trading market and the lack of sustainability in its current market share and margins,” he added, noting that competitors such as Gemini, Bitstamp, Kraken and others are likely to try to undercut Coinbase’s market share advantage by lowering their trading fees, as has happened with stocks in the years since online brokerages like Robinhood and Stash emerged.