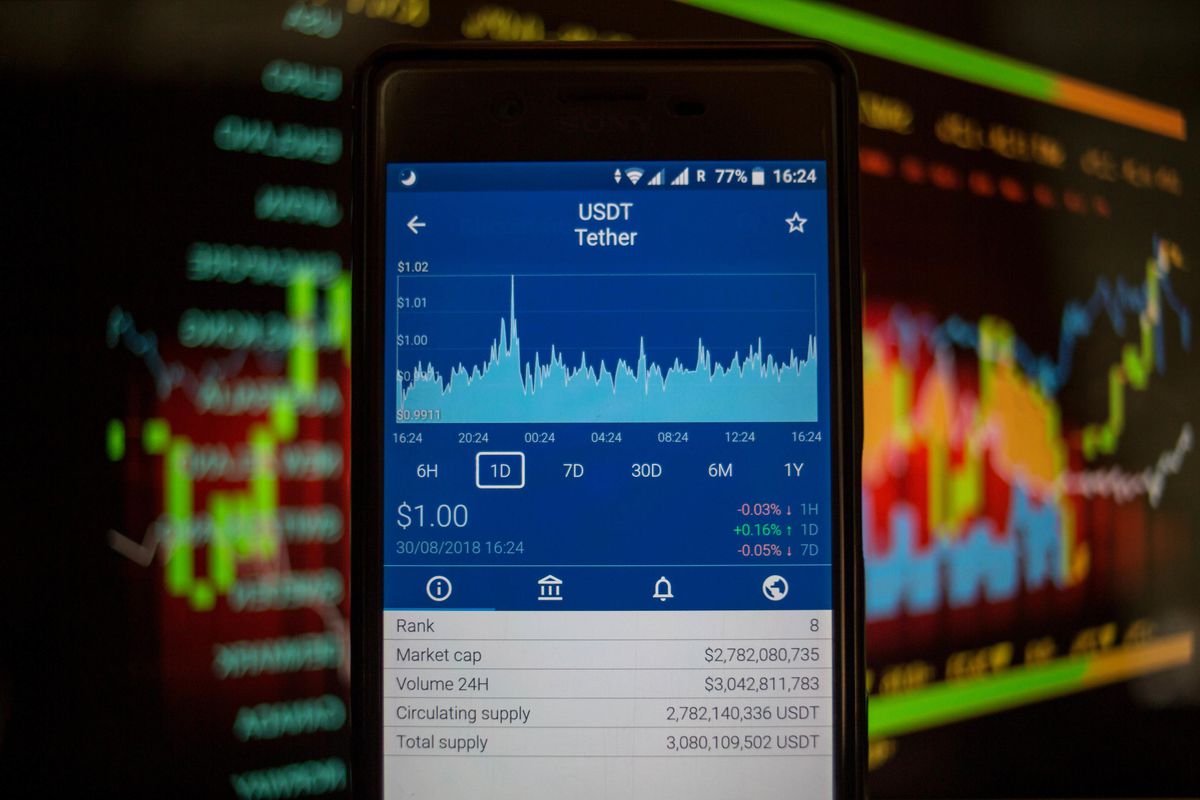 Coinbase announced through a blog post Thursday night that it would be listing the most popular stablecoin in the world known as Tether and trading under the symbol USDT. Coinbase explained it would be available on its Coinbase Pro account and customers could immediately begin transferring in USDT ahead of the commencement of trading, set to begin on April 26.

Coinbase Global Inc. recently was listed on the Nasdaq NDAQ exchange under the ticker COIN. The stock price of the exchange slipped to $293.45, down 5.92% on trading for the day. COIN’s reference price was set at just $250 prior to its listing date of April 14, with all of the company’s staff receiving a total of 100 shares each.

BANGKOK, THAILAND – 2018/08/30: In this photo illustration, a smartphone displays the Tether market … [+] value on the stock exchange via The Crypto App. (Photo Illustration by Guillaume Payen/SOPA Images/LightRocket via Getty Images)

Coinbase Pro will allow the trading of Tether in all U.S. jurisdictions except New York. Two months earlier, the New York State Attorney General had come to an agreement over a lawsuit against Bitfinex and Tether that required the payment of a $18.5 Million fine as well as a ban on offering the stablecoin to New York persons or entities.

Coinbase cites in its blog that only supports the ERC-20 USDT that runs on the Ethereum blockchain, even though the token is available on other blockchains as well. Coinbase points out that the company behind Tether, Tether Limited, “…claims to hold reserves that fully back each USDT. As of 2021, USDT is the most widely-used stablecoin in the world, with a market cap over $30 billion.” In addition to the claim, there will be reporting to New York State – also a condition of the settlement of the lawsuit mentioned earlier.

Monitors display Coinbase and Bitcoin signage during the company’s initial public offering (IPO) at … [+] the Nasdaq MarketSite in New York, U.S., on Wednesday, April 14, 2021. Coinbase Global Inc., the largest U.S. cryptocurrency exchange, is set to debut on Wednesday through a direct listing, an alternative to a traditional initial public offering that has only been deployed a handful of times. Photographer: Michael Nagle/Bloomberg

USDT will be introduced in three phases as usually done by Coinbase, with post-only, limit-only, and full trading. Coinbase notes that, should there be enough liquidity built up on the exchange, they will tweet out at 6pm PST on April 26th announcing that USDT is available for trading on the Coinbase Pro platform.

The Coinbase and Bitcoin logos were displayed in Times Square to welcome the COIN listing and crypto in general to the Nasdaq exchange.