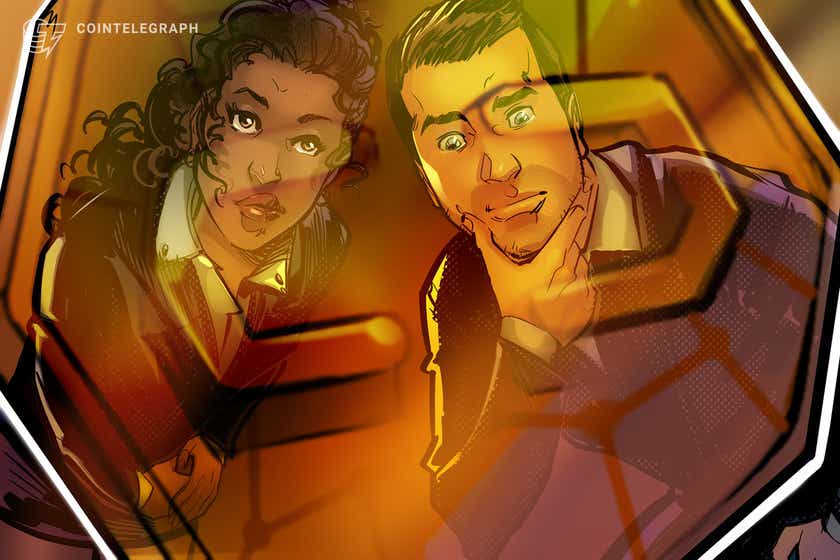 The year 2021 is coming to a close, and if there’s one way to describe how the cryptocurrency industry fared in the past 12 months, it would be momentous growth.

The Market Insight’s latest edition recalls the events covered in past issues as well as deep-dive topics in Cointelegraph Research’s industry reports.

Two of the top gainers of 2021 were Solana (SOL) and Terra (LUNA). SOL gained 9,500%, while LUNA gained 13,000%. Significant investments and ecosystem growth catalyzed the immense gains for the two tokens. One could also argue that the two being billed as potential “Ethereum killers” had a part in contributing to their massive rallies.

In the decentralized finance (DeFi) scene, the two tokens sit among the top five in total value locked (TVL). Solana is at number five with $11.45 billion, and LUNA has recently surpassed Binance Coin (BNB) for the number two spot with $18.9 billion, according to Defi Llama. Moreover, the emerging ecosystems of Solana and Terra deserve a deeper look, which is why they are the subject of Cointelegraph Research’s upcoming reports.

DeFi followed a similar growth trajectory as the broader crypto market in 2021.

Competition has undoubtedly increased for Ethereum. Its TVL share was 97% in January but is currently down to 62.54%, per Defi Llama. The next phase of development for the sector comes into question in 2022, especially since the growth of DeFi this year has been so substantial that authorities have switched from denying the industry to grappling with ways to deal with it.

The DeFi market capitalization remains a small fraction of the overall cryptocurrency market cap, but it underwent the same growth trajectory. Some believe that integration with legacy banking could be one of the main focuses for DeFi in 2022.

Nonfungible tokens, or NFTs, found their breakout year in 2021 despite existing since 2014. The bulk of sales came in the past 12 months, surpassing $14 billion in December. Digital art collections and digital collectibles dominate 91% of these sales volumes, which is one of the key data revealed in this report.

The sales in the first half of the year were driven primarily by individual artists joining the space with their respective collections and some high-profile sales, while the second half brought in more mainstream brands.

For instance, Coca-Cola auctioned a wearable bubble jacket skin in Decentraland, and Visa purchased its first NFT. Such participation from these brands enabled the NFT market to come into full bloom. The report also revealed that the most profitable NFT collection in 2021 was “CryptoPunks.” A “CryptoPunk” NFT offers a better all-time average return on investment compared to NFTs on other popular collections, such as “CryptoKitties” and “Bored Ape Yacht Club.”

NFTs have also disrupted the gaming industry and become key to fully realizing the concept of metaverses through their blockchain properties. However, some critics doubt that the parabolic surge in 2021 will play out in 2022, especially with more regulatory scrutiny.

Nonetheless, this year’s amount of venture capital investments funneled into NFT companies is beyond sizable. NFT funding in 2021 is already at $2.1 billion as of Q3, yet nearly 40% of VC deal activities involve only a single firm in Andreessen Horowitz, according to PitchBook. Therefore, as sales and interest for NFTs continue to grow, it may be difficult for firms with a thirst for high growth potential to resist NFTs.

2021 has been progressive in the cryptocurrency regulatory front. The 117th United States Congress has introduced 35 bills that focus on cryptocurrency regulation, blockchain policy and central bank digital currencies. Federal Reserve Chair Jerome Powell expressed his views about cryptocurrency as not a significant threat to the U.S. financial market’s stability. However, a likely discussion that could seep into next year is the regulation on stablecoins.

The President’s Working Group on Financial Markets has stated in a report that stablecoins could be a beneficial alternative payment option but are “subject to appropriate oversight.” Currently, there are no regulations on stablecoins, even as their market capitalization passed $162 billion as of this writing, but a bill proposed by Wyoming Senator Cynthia Lummis could be a step in that direction.

Lummis plans to introduce a comprehensive bill in 2022 that will provide regulatory clarity on stablecoins, guide regulators around asset classes, and offer consumer protections. Cryptocurrency regulation will be a talking point in 2022 and will also be a topic that the Cointelegraph Research team will be examining further.

It is almost certain that everyone in the space agrees that Axie Infinity revolutionized gaming. The play-to-earn model was a massive hit, as it added real income potential to playing video games. Data shows how play-to-earn decentralized applications (DApp) dominated the latter half of 2021 in terms of connected, unique, active wallet addresses. And since September, gaming tokens such as The Sandbox (SAND), Axie Infinity (AXS), Enjin (ENJ), Illuvium (ILV), and Ultra (UOS) have even beat out Bitcoin in gains, as revealed in this newsletter’s previous issue.

The gaming sector took the helm from DeFi that saw the most addresses connected in the first seven months of the year. The two DApp categories birthed a new sector, GameFi, which is believed to be the next logical step in blockchain development. Crypto-based games already enable users to have control over their in-game assets via NFTs, but the elements of DeFi could take it to another level. Incorporating DeFi would mean that features such as staking would be available to users where they can earn interest in their tokens.

Yet, the sector is still in its early stages, but its appeal lies within its attractiveness to users who may not necessarily be cryptocurrency holders. Attracting such users could further contribute to more cryptocurrency adoption, which will likely be its focal point for GameFi in 2022.

With the developments in 2021, cryptocurrencies were able to captivate a much broader audience compared to the year before. In just the second quarter, global adoption has grown 880% since 2020, Chainalysis data shows. And the key events mentioned above are likely contributing factors to cryptocurrencies going more mainstream. The NFT venture capital activities stated earlier represent only 7% of the $30 billion poured into crypto-related investments in 2021.

The low ownership rates imply substantial room for growth, which is why a CAGR of 60.8% from 2021 to 2026 for the cryptocurrency market may have some merit. This year, the value of the cryptocurrency market has already grown from $364.5 billion last year to more than $2.5 trillion — a 586% surge. And in the coming year, the new sectors in GameFi and perhaps assets related to Web3 could possibly be new avenues for continued growth.

Tokenization of certain securities could also happen on a much larger scale, and it is even predicted to be the norm by 2030. Furthermore, the prevalence of cryptocurrencies for payments could also be another area with untapped potential, which will be explored further in another upcoming report.

Predicting what sectors in 2022 are poised for the same breakthrough that NFTs had this year would be difficult, if not, impossible. However, reports that carefully study and go in-depth about certain topics would offer a better way of understanding the nuances of a specific sector.

Cointelegraph’s Market Insights Newsletter shares our knowledge on the fundamentals that move the digital asset market. The newsletter dives into the latest data on social media sentiment, on-chain metrics and derivatives.

We also review the industry’s most important news, including mergers and acquisitions, changes in the regulatory landscape, and enterprise blockchain integrations. Sign up now to be the first to receive these insights. All past editions of Market Insights are also available on Cointelegraph.com.