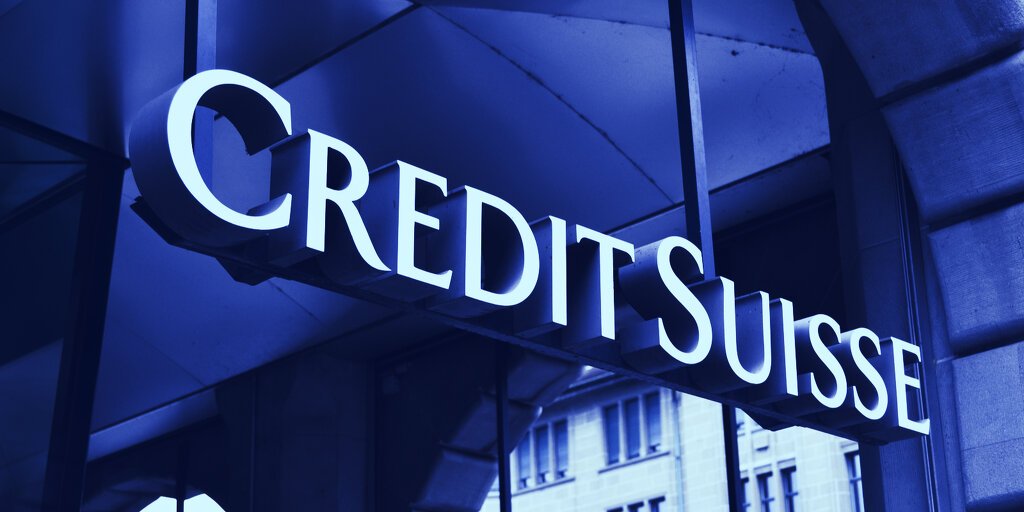 Credit Suisse is testing out a blockchain service to settle stock trades on the same day. Meanwhile, the bank is losing billions due to faulty risk management.

Investment bank Credit Suisse is testing a blockchain service to settle stock trades in under two hours. Reducing settlement times could prevent the kind of backlog that caused Robinhood to temporarily halt trading of Gamestop stock in January.

Although stock trading appears to be instantaneous on brokerage sites, in reality it can take up to three days for clearing houses to pay brokerages for trades they submit. Brokerages are left holding the bag if buyers or sellers default on their payment in the meantime.

To prevent collapse, US brokerages and banks maintain a multi-billion dollar fund, the size of which is adjusted daily according to the health of the stock market. But this fund is too slow in times of crisis—like when Robinhood had to credit buyers of soaring Gamestop stock with billions of dollars it had yet to receive. Robinhood had to halt trading of Gamestop stock to prevent collapse.

Such crises explain the urgent need for real-time settlements, but old computer systems and the complexity of reconciling millions of trades are tough nuts to crack. This makes blockchain attractive: its ledger is quicker, cheaper and immutable.

So Credit Suisse is giving it a go. It took just one and a half hours for the Swiss lender to settle a trade on the Paxos Settlement Service. Credit Suisse’s old settlement system only completed trades on the same day if they were completed before 11AM.

“These advancements will ultimately benefit the broader market as more firms join the platform,” said Emmanuel Aidoo, Credit Suisse’s head of digital assets markets, in a statement Tuesday. He added that the technology “will help unlock capital, increase liquidity and reduce risk over time.”

New York-headquartered Paxos said that it is the first blockchain-based clearing system for US stocks. The service is unregulated, but Paxos intends to apply for a full clearing agency license with the US Securities and Exchange Commission this year.

“We are working hard to improve settlement for the benefit of all market participants. An upgraded settlement system can create safer, fairer and more open capital markets that foster innovation,” said Paxos CEO and co-founder Charles Cascarilla in a statement.

While blockchain could solve one default problem, Credit Suisse is currently dealing with several others.

On Tuesday, the investment bank said it lost $4.7 billion after Bill Hwang’s family office, Archegos, failed to pay back money the bank had lent it. Archegos had traded financial instruments that didn’t require the investment firm to disclose its troubled finances to banks. Following the loss, Credit Suisse removed several executives.

And Credit Suisse also got burned last month when it emerged that Greensill Capital, a firm that issued payday loans to large companies, had advertised high-risk investments as anything but. The lender estimated that its clients could lose up to $3 billion after it froze money trapped in Greensill’s funds, after Greensill announced bankruptcy last month.