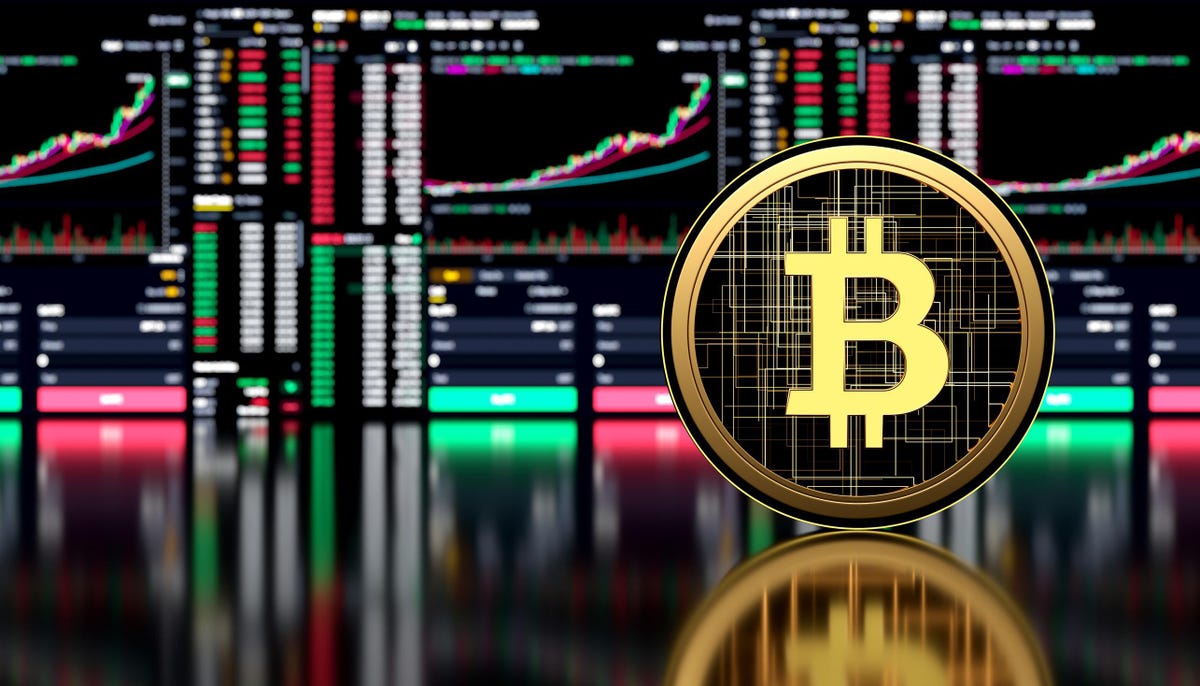 By now everyone’s heard of Bitcoin. It introduced the world to blockchain or distributed ledger technology and as a crypto asset, it is the center of the universe.  But bitcoin is hardly alone. In fact, an entire galaxy of crypto assets has been created to support a wide range of use cases and applications focused on verticals such as identity management, data storage, gaming, banking, lending, social media and streaming.

Because Bitcoin started the industry, virtually every other crypto asset is called an alt-coin. Alt-coins can be categorized in a few different ways.

Protocol tokens, also referred to as Level-1 or base layer tokens, are native to a blockchain and are necessary for the operation of a given platform. Bitcoin for example, is a protocol token, not only because it is what users send and receive over the network, but because it is also how miners (payment processors) get compensated for supplying their computer power.

Another protocol token, Ethereum is by far the most prominent and popular alt-coin. It has the second-largest market capitalization of $513 billion, behind only bitcoin ($1.04 trillion). It was created in 2015 by Vitalik Buterin, who was looking to build a blockchain platform that could run and execute any type of software program or application. Bitcoin is relatively rigid in its composition, which is by design, as more functionality offered by a blockchain can also create additional security vulnerabilities.

Ethereum operates in a similar manner to bitcoin, where miners expend substantial amounts of computer power to add transactions to the network.

That said, there are many other prominent blockchains with their own protocol tokens, with some of the largest being Solana, Algorand, Cardano, Binance Smart Chain, Avalanche, EOS and Polkadot.

If the base layer of a blockchain is the operating system, then decentralized applications (dapps) are the programs that run on top of them. Many of these applications have their own tokens (known as dapp tokens) that are also freely traded on many exchanges. Dapp tokens first came to prominence in 2017 and 2018 during the initial coin offering (ICO) craze, when many founders raised millions—sometimes billions of dollars——through token sales to fund product development. It is worth noting that the vast majority of these ICO projects failed and the value of their assets went to zero, which was a reflection of the novelty, hyperbole and excitement of the space.

Nonetheless, today there are still dozens of dapp tokens in existence with market capitalizations in the hundreds of millions or even billions of dollars that underpin applications with real utility and actual business operations that make money, headlined by decentralized finance (DeFi) tokens. Some of the most prominent include Compound, AAVE, Uniswap, SushiSwap, Curve, PancakeSwap and Maker.

DeFi is an umbrella term used to capture traditional financial applications (such as banking or lending) that are replicated on a blockchain through dapps and smart contracts, which are automatically executable pieces of code that activate when certain conditions are met. Think of smart contracts as if/then statements built into blockchains. For instance, you could place an order on a decentralized exchange to buy bitcoin if the price hits a certain point. Today, there is more than $270 billion locked up into blockchain applications and DeFi tokens.

Finally, it is important to highlight the latest development in crypto, non-fungible tokens (NFTs). A core component of money, or crypto, is for every asset to be valued the same by every investor. They must be fungible. NFTs are the exact opposite of this. While they operate on top of blockchains just like any protocol or dapp token, they have a set of unique properties or characteristics that make them unique. If bitcoin is the first iteration of scarce digital value, then NFTs are the natural successors.

For many investors, exposure to spot market prices has been risky and/or lucrative enough for their first forays into crypto. However, as the industry matures we are starting to see ways that investors can earn passive income on their holdings. This strategy can help top up gains or hedge against price risk.

The top two strategies are staking and yield farming. I’ll break each one down individually.

Staking is the act of posting certain crypto assets as collateral to participate in the operation of a blockchain. As compensation for locking up holdings, users receive regular rewards in a manner similar to interest payments. Staking is useful for blockchains that operate a proof-of-stake (POS) consensus mechanism. This is a different approach than proof-of-work (POW), which is the computationally intensive and expensive mechanism employed by bitcoin, litecoin, bitcoin cash, and many other tangents of the original blockchain.

Although POW has proven itself to be highly secure and effective in most cases, there are growing concerns about its energy usage and associated carbon footprint. In addition, POW blockchains have scalability and throughput issues (Bitcoin can only process a handful of transactions per second), while POS platforms can handle hundreds of thousands per second.

Additionally, while Ethereum remains a POW blockchain, it is possible to stake its native asset ether. This is because Ethereum is currently undergoing a multi-year transition from a POW to a POS consensus mechanism so that it can support the high demand for its computational resources.

Please note that POS consensus mechanisms are not homogenous and each blockchain network may use a different way of calculating staking rewards, taking into account various factors such as:

Aside from purchasing DeFi tokens, it is also possible to earn them through a process known as yield farming. Yield farming can be thought of as DeFi 2.0. Before, when you would provide liquidity to a decentralized exchange or lending protocol, you’d simply earn a fee or earn some interest. However, last summer Compound kickstarted a new trend that rewarded users with governance tokens, COMP in this case, as an incentive program.

Consistent with the decentralized ethos of the space, governance tokens are mechanisms for each protocol’s respective founders to cede control of the platform and turn it over to the users. In turn, token holders can use their ownership shares for additional rewards or vote on governance decisions that vary between protocols.

In fact, so many governance tokens and yield farming opportunities were created that a group of DeFi portfolio managers were built to help shift user funds between opportunities so that they could maximize rewards and reduce transaction fees. Think Betterment or Wealthfront for crypto. One of the most prominent of these is yearn.finance, whose governance token YFI is valued at $28,000.

When Coinbase went public in April with the largest direct listing in U.S. history, many investors falsely believed that it was their first opportunity to gain crypto exposure through brokerage accounts. However, there are many publicly traded securities that have offered exposure to the crypto space for some time. I cannot mention them all here, but there are two primary categories to keep in mind.

An ETP can be thought of as a packaging layer around an asset or group of assets such as bitcoin and cryptocurrencies, which trades on an exchange like a security. Exchange traded funds (ETFs) like State Street’s SPDR S&P 500 Trust ETF, are the most common form of exchange-traded product. Common exchanges where crypto ETPs can be found include OTCQX by OTC Markets, Nasdaq Nordic, CME Group (for crypto futures and options), Deutsche Börse’s Xetra, Swiss SIX Exchange and Canada’s Toronto Stock Exchange. Funds traded on these foreign exchanges can often be accessed by most discount brokers, including Fidelity, Charles Schwab, or TD Ameritrade (though exact offerings differ by provider).

The biggest ETP provider is Grayscale, whose bitcoin trust (GBTC) is by far the industry’s largest fund available to investors by AUM (assets under management)—US$36.6 billion as of this writing. That said, while GBTC has had a large premium attached to its shares for much of its existence, it has traded at a double-digit discount for much of 2022.  Grayscale offers similarly structured products tracking other assets such as ether, litecoin, ethereum classic, solana and even some diversified indicies.

Additionally, October saw the launch of the U.S.’s first bitcoin ETFs. However, they do not reflect the spot price of bitcoin, but futures contracts that trade on platforms such as the Chicago Mercantile Exchange. The first to launch in October was the ProShares Bitcoin ETF (BITO, AUM $1.25b billion. However, other offerings include the Valkyrie Bitcoin Strategy ETF (BTF, AUM $98 million) and the VanEck Bitcoin Strategy ETF (XBTF, AUM $14.6 million).

It is also worth mentioning some of the stocks seen as a proxy for bitcoin. Business analytics firm MicroStrategy is seen as a leader in the space given its status as the largest corporate holder of bitcoin in the world (121,000 bitcoins). However, there are also many publicly traded bitcoin mining firms (companies that run complex computers used to add transactions to the bitcoin network) that have seen dramatic levels of interest during the recent bitcoin price run. Some of the more prominent ones in the U.S. include Marathon Digital Holdings and Riot Blockchain.

How To Buy And Hold Crypto

Aside from making investment decisions, many of you will have questions about the specific mechanics of crypto investing. This is somewhat novel to the industry because there are few options to buy crypto assets from traditional brokerage or wealth management accounts.

Fortunately, it has never been easier to buy and sell crypto. In the early days of bitcoin, purchasers had to wire money around the world to unregulated exchanges without any guarantees of receiving their bitcoin or a refund. Today we have a wide variety of providers that have gone to great lengths to make their products easy to use.

For instance, in the U.S. alone there is a wide variety of secure and regulated exchanges that offer simple onboarding procedures for new clients. Some of the biggest and most widely used include Coinbase, Kraken and Gemini. They each have easy to use websites and mobile applications.

Additionally, as the space has grown many non-crypto native platforms and financial applications such as Square, Robinhood, Revolut and PayPal have enabled crypto trading. The added benefit of these platforms is that you do not need to do any additional onboarding if you are already a client of theirs.

Once you’ve bought crypto, you need to keep it safe. Virtually all the regulated platforms recommended for first-time buyers will provide software wallets (similar to mobile banking applications) that are reasonably secure. You can trust that they have been built by experienced software developers and security professionals. The security of these applications can be further enhanced by taking a few basic steps:

Choosing a complex and unique password or passphrase Utilizing two-factor authentication(2FA) as a second check when logging into your account.

For institutions, there are also a growing suite of OTC desks, prime brokers and service providers such as Fidelity that can support the individual trading, security and reporting needs for those purchasers.

Finally, here are some important questions that you should ask yourself as you get ready to purchase crypto: