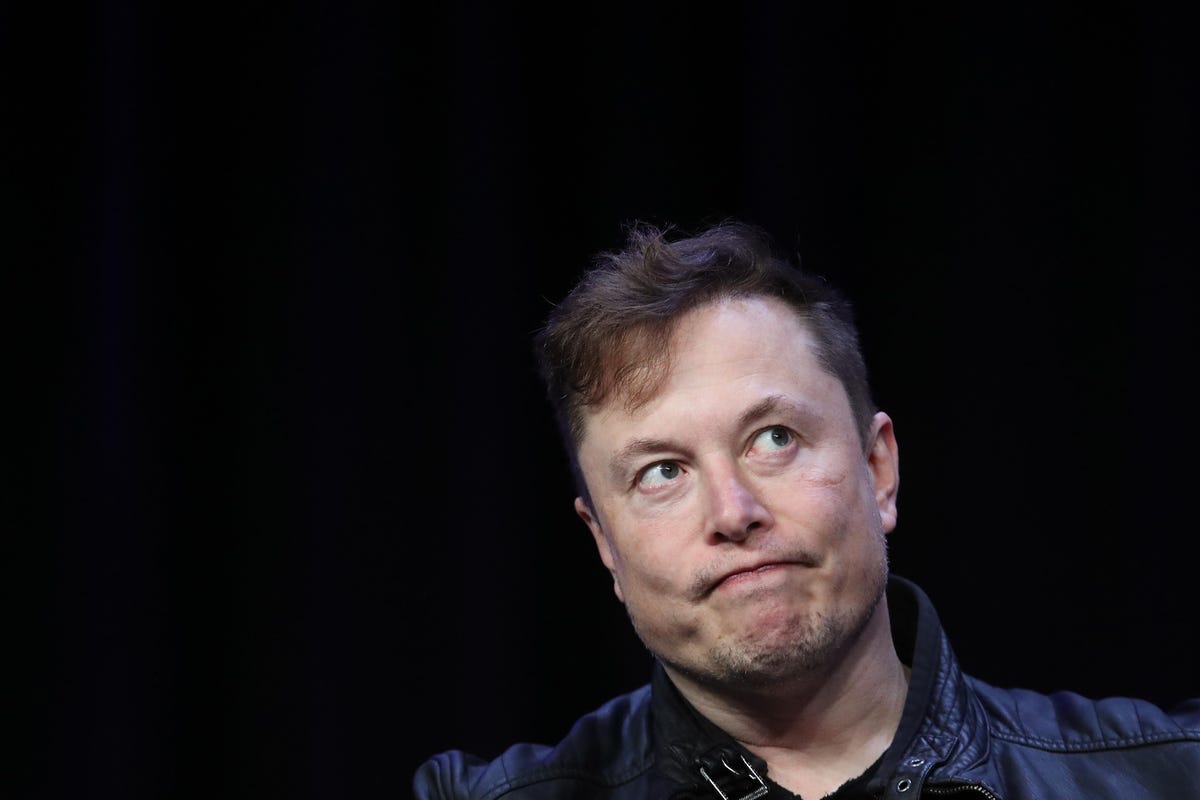 Bitcoin and cryptocurrency prices have had an unenviable September, struggling to make gains or even hold ground.

The bitcoin price has lost almost 10% over the last 30 days, with China’s latest crypto crackdown sapping the enthusiasm of many bitcoin and crypto traders.

Now, Tesla chief executive Elon Musk, one of the biggest boosters of the bitcoin price this year, has warned he doesn’t think crypto is “the second coming of the Messiah,” adding it’s “possible for governments to slow down [bitcoin and crypto’s] advancement.”

Tesla CEO Elon Musk admitted he’s not an expert on bitcoin and crypto but warned the doesn’t see … [+] cryptocurrencies as “the second coming of the Messiah.”

Musk, speaking to New York Times columnist Kara Swisher on stage at the California Code Conference, said the U.S. government shouldn’t try to regulate the crypto market, telling lawmakers and regulators they should “do nothing.”

“Just let it fly,” Musk said. “There’s some value in crypto, but I don’t think it’s the second coming of the messiah. It will hopefully reduce the error and latency in legacy money systems.”

Governments around the world have ramped up their scrutiny of the nascent bitcoin and crypto space in recent months, responding to surging prices and soaring interest in the technology. The U.S. Securities and Exchange Commission chairman Gary Gensler has been called on to increase oversight of the market and has said he wants to better protect investors.

However, Musk played down how much influence governments could have over bitcoin and cryptocurrencies, saying he thinks “it is not possible to … destroy crypto, but it is possible for governments to slow down its advancement.”

Meanwhile, China last week escalated a crypto crackdown that began in May, declaring all cryptocurrency transactions illegal and banning foreign exchanges from providing services to Chinese residents. Earlier this year, China moved to shut down those who use powerful computers to secure cryptocurrency blockchains in return for freshly-minted coins in the country—crashing the bitcoin price and wider crypto market.

“It would appear [the Chinese government doesn’t] love crypto,” Musk said. “I suppose crypto is fundamentally aimed at reducing the power of centralized government and they don’t like that, is my guess.”

The bitcoin price has dropped sharply through September following a fresh China crackdown.

At the beginning of this year, Tesla revealed it had purchased $1.5 billion worth of bitcoin, most of which it continues to hold on its balance sheet. Musk also announced then suspended Tesla’s bitcoin payment support over bitcoin’s eye-watering energy demands.

Musk has since adopted the meme-based cryptocurrency dogecoin as his pet project, calling on developers to help upgrade it and proposing the memecoin work with the second-largest cryptocurrency after bitcoin, ethereum, to “beat bitcoin hands down.”

Musk’s Twitter-based bitcoin and cryptocurrency comments often move the bitcoin price, but he has recently pared back his crypto interventions on Twitter.

“I don’t tweet about crypto that much,” Musk told Swisher, though did this week weigh in on one popular crypto-related story.

“Hamster has mad skillz,” Musk tweeted this week in response to the viral success of Mr Goxx, the crypto-trading hamster that’s been able to out-trade many human investors.