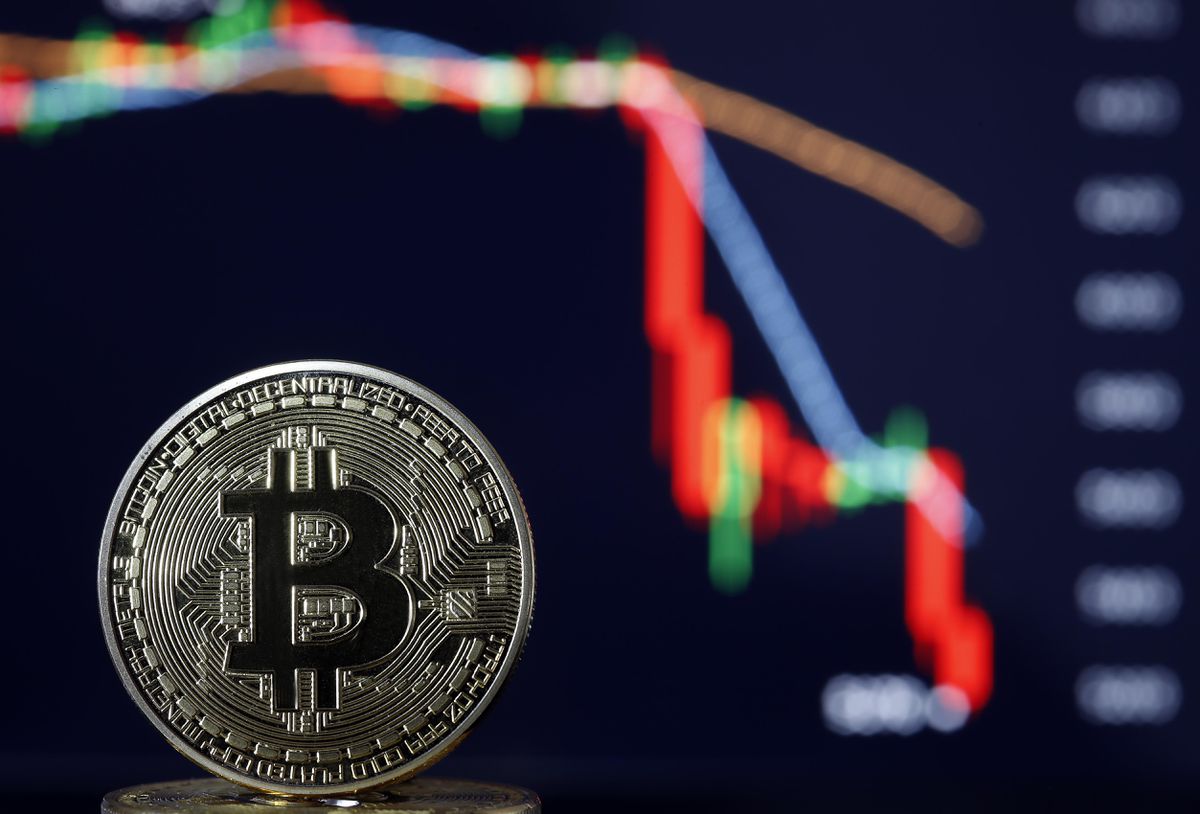 After a more than 100% surge over the past month, the cryptocurrency market is taking a massive hit Monday as regulators and other experts sound the alarm on bitcoin’s booming rally, but not everyone’s convinced the bearishness is warranted.

The price of bitcoin has plunged a staggering 20% over the past day, and Bank Of America warns it’s … [+] the “mother of all bubbles.”

As of 10:30 a.m. EST, the value of the cryptocurrency market has tanked to about $900 billion from a high of $1.1 trillion early Sunday morning, according to crypto data firm CoinMarketCap.

The world’s first and largest cryptocurrency, bitcoin, is behind much of the decline, falling 17% over the past 24 hours–wiping out about $125 billion in market value.

Other top tokens are also plunging, with ether, XRP and litecoin down 21%, 16% and 25%, respectively.

“As with all high-risk, speculative investments, consumers should make sure they understand what they’re investing in,” the United Kingdom’s Financial Conduct Authority, which regulates financials in the country, said Monday, also issuing a stark warning: “If consumers invest in these types of product, they should be prepared to lose all their money.”

The price plunge started Sunday after a report by the United Kingdom’s Sunday Times shed light on the enforcement measures banks, including HSBC, are taking to bar transfers from cryptocurrency exchanges in the country.

Venture capitalist and longtime bitcoin supporter Tim Draper railed against the measures, tweeting early Monday that “banks don’t like bitcoin because it makes them less relevant” before issuing a bullish forecast that predicts bitcoin prices to hit $250,000 by early 2023; bitcoin is currently trading at around $32,750.

“Bitcoin often exhibits large upside swings that tend to be followed by corrections–this is normal behavior for a new technology in the early stage of its adoption curve,” Anatoly Crachilov, the cofounder and CEO of crypto investment manager Nickel Digital, said Monday, adding that the market is positioned for expansion as institutional adoption soars. “Only professional investors with a long-term view on the underlying technology should have exposure to this asset class. They also need high-risk tolerance levels and, importantly, to never lose sight of the forest for the trees.”

Bank of America Securities Chief Investment Strategist Michael Hartnett warned that bitcoin looks like “the mother of all bubbles,” on Friday, noting that its roughly 1,000% surge since the beginning of 2019 has been fueled by “violent” inflation, akin to the short-lived surges of gold prices in the late 1970s and tech stocks in the late 1990s.

Before crashing 80% by the end of 2018, the price of bitcoin, which first launched in January 2009, climbed 15-fold in 2017 amid a flood of heightened attention and surging mainstream adoption, as retail trading became easier through pioneering bitcoin platforms like brokerage Coinbase.

The cryptocurrency market’s massive rally has been fueled in large part by inflation concerns and institutional adoption. Investors have been eyeing regulatory approval of a bitcoin exchange-traded fund, but JPMorgan warned Friday that such a development may actually hurt bitcoin prices in the short term as investors cash out of the Grayscale Bitcoin Trust, an SEC-approved bitcoin price-tracking fund that investors have turned to in lieu of an ETF.