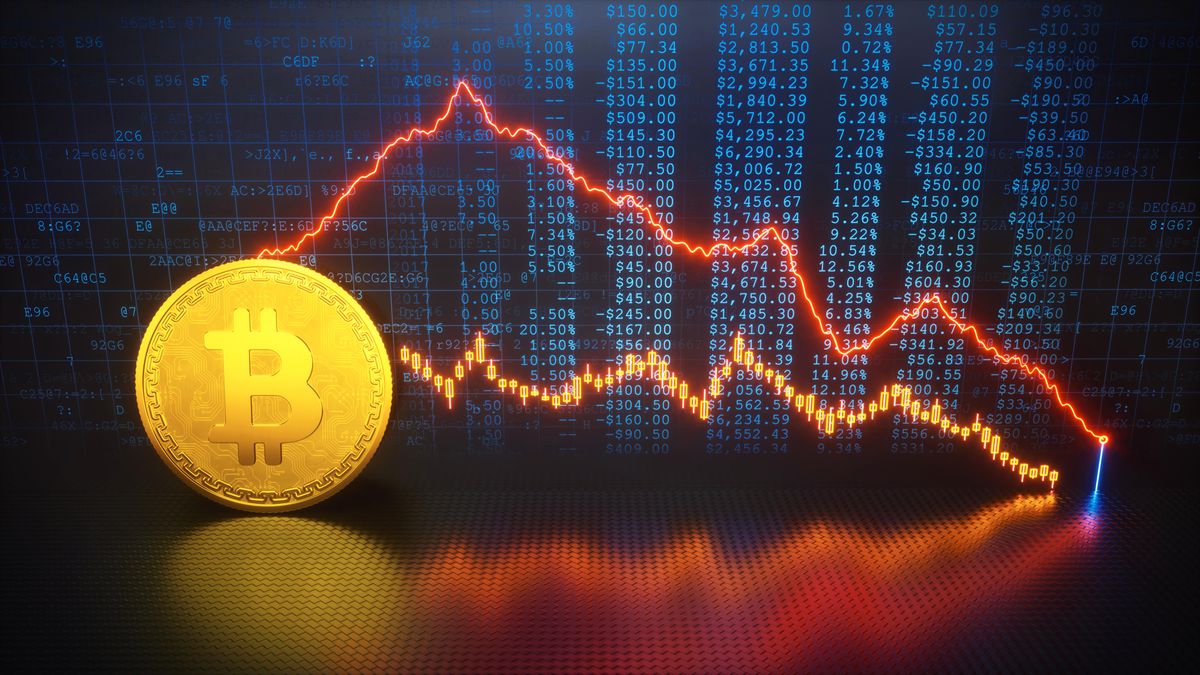 After regulatory concerns in China crashed the market last month, cryptocurrencies plummeted again Tuesday morning after the Department of Justice said it seized $2.3 million in bitcoin as part of its investigation into a ransomware attack that shut down the nation’s largest gas pipeline, fueling concerns U.S. officials could ramp up their crypto oversight—something that’s sparked a years-long bear market before.

As of 9:45 a.m. EDT, the global crypto market had plummeted more than 11% over the past 24 hours, falling below $1.5 trillion to its lowest point since a flash crash in May pushed the market down to $1.3 trillion from an early month high above $2.5 trillion.

The crash started Monday after reports surfaced that the DOJ had seized an unspecified amount of cryptocurrency related to the May 8 cyberattack on Colonial Pipeline and intensified overnight—wiping out more than $150 billion in market value by 9:45 a.m. EDT Tuesday.

The DOJ said Tuesday it seized 63.7 bitcoins, worth approximately $2.3 million Tuesday, from extortionists belonging to online hacking ring DarkSide by reviewing bitcoin’s public ledger, locating the transaction and using a private key to access the tokens.

It’s unclear how the DOJ obtained the private key, but experts, including Dr. Nicholas Weaver, a cybersecurity professor at the University of California at Berkeley, have suggested federal officials effectively hacked the hackers in a show of unprecedented government intervention in the cryptocurrency space.

More government intervention. On Sunday, two senators on the Intelligence Committee suggested lawmakers should take increased measures to regulate and trace cryptocurrencies. “The only way you can begin to get on top of the pervasive” ransomware problem is “to develop a pattern,” Sen. Roy Blunt (R-Mo.) told NBC News’ Meet the Press, calling cryptocurrencies the “ransom payment of choice” for hackers and saying lawmakers shouldn’t allow cryptocurrencies to operate “behind the scenes.”

Experts have long warned that heightened regulation could stunt the crypto market’s massive rally, and the past few weeks have proven that. The market crashed in mid-May after regulators in China started cracking down on the space, warning financial institutions against offering crypto services and even curbing bitcoin mining due to concerns of excess speculation. Cryptocurrencies have struggled to recover, and just this weekend, Chinese officials started purging crypto-influencer accounts on popular social media platform Weibo, citing only “laws and regulations.” Still, the last time regulatory concerns crashed the market (by more than 80% in 2018), it managed to bounce back. The market is still up about 50% from its early 2018 peak.

Also Tuesday, $32 billion British wealth advisory Ruffer Investment told Reuters it exited its bitcoin investment in April, when prices hit an all-time high above $63,000, due to heightened risk after the token’s 1,100% one-year rise. “Long term, we remain interested in digital assets and the role they can play in real wealth preservation,” the company said. “In the short term, following the sharp increase in the bitcoin price, we felt bitcoin was exhibiting more risk.”