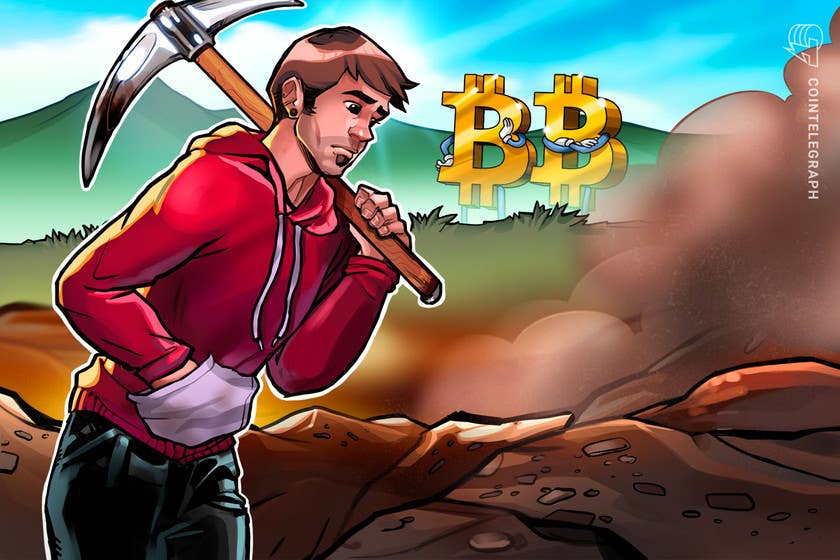 The cryptocurrency mining market in Vietnam is reportedly reviving amid the renewed crypto rally, where Bitcoin (BTC) surged above $51,000 for the first time since May.

Crypto-related entrepreneurs and enthusiasts in Vietnam have witnessed a significant uptick in demand for crypto mining rigs in the country, local news agency VnExpress reported Sept. 6.

Quang Thuan, owner of a chain store selling cryptocurrency miners across Ho Chi Minh City, said that the company’s sales have tripled in early September over the previous month. He noted that the mining rig market in Vietnam was down before Bitcoin surged back above $50,000 in mid-August.

The rising demand has triggered notable growth in crypto miners’ prices as some devices are now priced at 5 million Vietnamese dongs ($220) higher than in mid-August, according to local crypto mining enthusiast Ngoc Van. The best-selling miners based on graphics processing units produced by AMD or Nvidia now reportedly cost between $3,500 and $4,400, he added.

According to Le Hung, the administrator of a local crypto mining community with nearly 80,000 members, the crypto mining market in Vietnam has heated up due to the renewed crypto rally and the ongoing COVID-19 pandemic. “First, Bitcoin, Ether and other cryptocurrencies have simultaneously seen price hikes, and miners have started to make profits. Second, the pandemic has prolonged, reducing investment options, and so more people have opted for coin mining,” he said.

Related: Nvidia fails to sell as many crypto-mining GPUs as expected in Q2

The Vietnamese government has maintained a skeptical stance on the cryptocurrency industry, with the Ministry of Finance warning the public earlier this year that crypto is not regulated in the country. After banning cryptocurrency as a means of payment back in 2018, Vietnamese authorities have been urging the population to avoid crypto.

Despite hesitation from the government, Vietnam had the highest cryptocurrency adoption rate in August among 26 other countries. The country previously ranked 13th in realized Bitcoin gains for 2020 despite having only the 53rd largest economy based on gross domestic product.