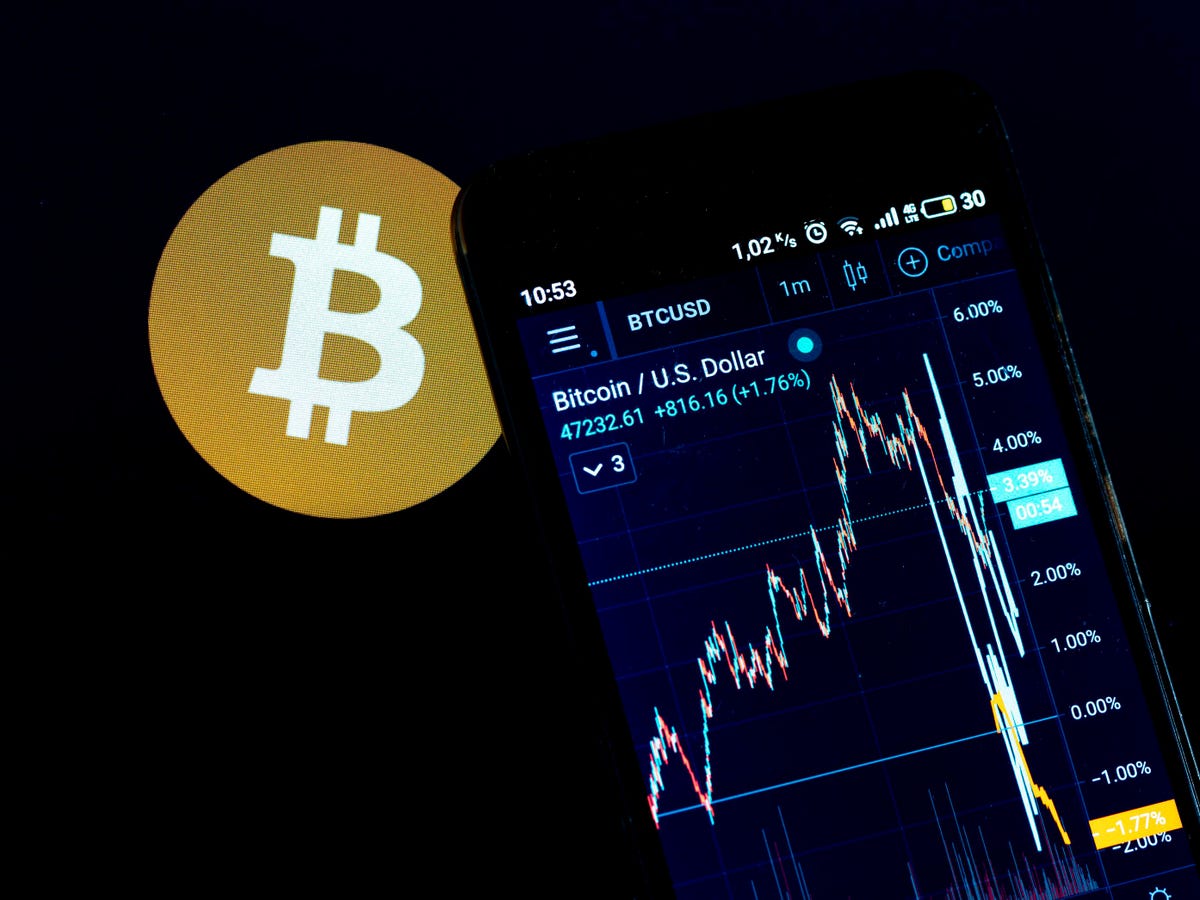 Bitcoin and cryptocurrency prices have rallied over the last month, with bitcoin this week breaking above $50,000 for the first time since May.

The price of bitcoin rivals ethereum, cardano, and Binance’s BNB have also surged higher, with cardano hitting all-time highs as investors pile into the market.

Now, data has shown crypto wallets holding at least $50 million or more worth of bitcoin—known as “whales”—have increased their buying since the end of June and into August—something that previously heralded bitcoin’s first foray over $60,000.

The bitcoin price has swung wildly this year, soaring to over $60,000 per bitcoin before crashing … [+] back to under $30,000. The price of ethereum, cardano, and Binance’s BNB have also climbed, making even greater gains than bitcoin.

Chainalysis found that when whales buy more bitcoin the price typically rises over the coming month and falls when they sell. These large investors were one of the bitcoin market’s “driving forces” through February, according to Gradwell—with the bitcoin price soaring to over $61,000 per bitcoin in March.

Bitcoin’s volatility, reflected in the wider crypto market as other top five tokens by value ethereum, cardano and BNB bounce wildly, has left traders with whiplash in recent months as the bitcoin price swings through a $20,000 range in a matter of weeks.

Bitcoin’s rally this year has eclipsed its huge 2017 bull run, with the combined crypto market price … [+] soaring to over $2 trillion as ethereum, cardano and Binance’s BNB make outsized gains.

However, those in the bitcoin and crypto industry, as well as long-term bitcoin holders, claim to be unfazed by the extreme bitcoin price action.

“The volatility that we have seen historically is merely what we would see from any industry in its infancy,” Iqbal Gandham vice president of transactions at crypto hardware wallet maker Ledger, said in emailed comments. “Slowly we will see this move from speculation-based pricing to utilization-based pricing.”

“Bitcoin’s simple and exponential moving averages give strong ‘buy’ signals and the relatively low funding rates in the asset’s futures market indicate the rally was driven by spot traders rather than leveraged speculators,” Alexandra Clark, sales trader at the U.K.-based digital asset broker GlobalBlock, wrote in a Wednesday note.