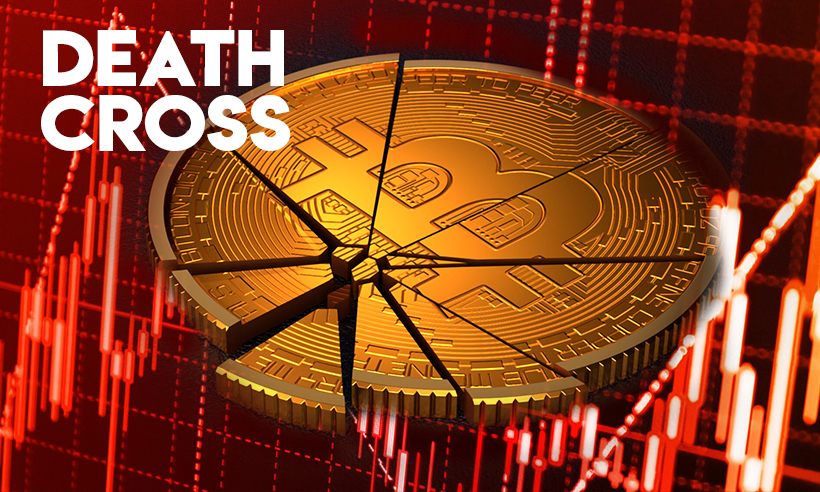 For the past few weeks, traders and analysts have been watching a potential death cross forming on the daily BTC/USDT chart since mid-May that should eventually occur by mid-June.

Ever since Bitcoin hit its all-time high at $65,000, the digital asset has failed to maintain its upward momentum and has only reversed back to losing 50% in value in just less than two months.

For instance, previous death crosses have resulted in price declines of 70% in 2018 and 47% in 2019. Similarly, the last time Bitcoin marked a death cross was in March 2020 shortly after the coronavirus pandemic-induced market crash that took the cryptocurrency to as low as $3,000.

The creator of the popular stock-to-flow model, PlanB has highlighted the possibility of two possible scenarios based on Bitcoin’s historical price performance.

In the first scenario, Bitcoin would mimic the price patterns similar to during 2013 and 2017 where the price of the leading cryptocurrency entered into a long-forming bear market with massive price declines.

Even though most analyst suggests for a similar outcome, PlanB also outlined a second possibility where the cryptocurrency goes towards an upwards momentum.

However, for that to happen Bitcoin would need to gain serious value by the end of June, July, or August.

If June close will be $54K (or higher) and July, August also $54K (or higher), then 50DMA will bounce off 200DMA and stay above 200DMA. So a nice short squeeze and V-shaped bounce back to $54K (+69%) would result in then bounce back scenario. pic.twitter.com/nqqgyPM8Ls