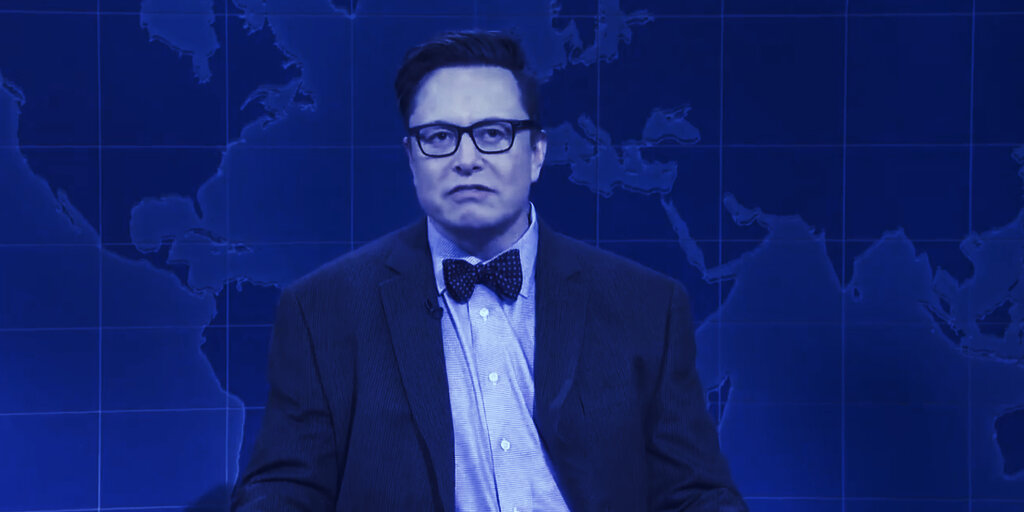 Bitcoin’s price is currently spiraling down. Elon Musk no longer supports the coin. Will Tesla sell its Bitcoin holdings soon?

Tesla and SpaceX CEO Elon Musk may have implied on Twitter today that Tesla has sold, or plans to sell, its Bitcoin.

When Twitter user @Cryptowhale tweeted the hypothetical scenario that “Bitcoiners are going to slap themselves next quarter when they find out Tesla dumped the rest of their #Bitcoin holdings,” Musk replied with a single word: “Indeed”.

Although it is unclear what Musk is agreeing with, or if he’s even agreeing at all, the insinuation that Tesla could dump the 43,200 Bitcoin it bought in February this year for $1.5 billion helped depress the price of Bitcoin by almost $5,000 dollars, down to $44,700.

Musk, who has spent much of the year supporting Bitcoin, started to trash the coin earlier this week, finally wisening up to the environmental damage caused by fossil-fuel-powered Bitcoin mining operations.

The rest of today’s damage was done when Musk widened his criticism against Bitcoin, lobbing invectives against crypto Twitter’s brightest and best Bitcoin maximalists, and tearing apart their claim that proof-of-work mining helps decentralize the network.

“Hey cryptocurrency “experts”, ever heard of PayPal? It’s possible … maybe … that I know than you realize about how money works, [sic]” tweeted Musk, who helped found the payments giant.

Hey cryptocurrency “experts”, ever heard of PayPal? It’s possible … maybe … that I know than you realize about how money works.

McCormack had explained in length why he believes Musk is wrong—mirroring the innumerable Twitter threads that do the same. Musk retorted: “Obnoxious threads like this make me want to go all in on Doge.”

Musk also trained his sights at Michael Saylor, the Bitcoin ultra-bull, who has used the treasury of his company, US cloud computing firm MicroStrategy, to spend billions of dollars on Bitcoin.

He should wear outfit for Halloween, but with “Bitcoin” tattooed high on thighs

Musk called him “Saylor Moon,” and suggested he dress up like the anime character Sailor Moon “with ‘Bitcoin’ tattooed high on thighs.” Saylor took the jibe on the chin before redirecting Musk to his educational site for Bitcoin: hope.com.

🔥🚀 Since both #Tesla & #Bitcoin fans believe technology can make the world a better place, why don’t we focus on going to the moon together? 🥇 Over 100 million people think Bitcoin represents https://t.co/kZl3k7Tm4h for the economic well being of everybody on the planet.

He tweeted: “Bitcoin is actually highly centralized, with supermajority controlled by handful of big mining (aka hashing) companies. A single coal mine in Xinjiang flooded, almost killing miners, and Bitcoin hash rate dropped 35%. Sound “decentralized” to you?”

What or whom will Musk attack next? Read it here first.