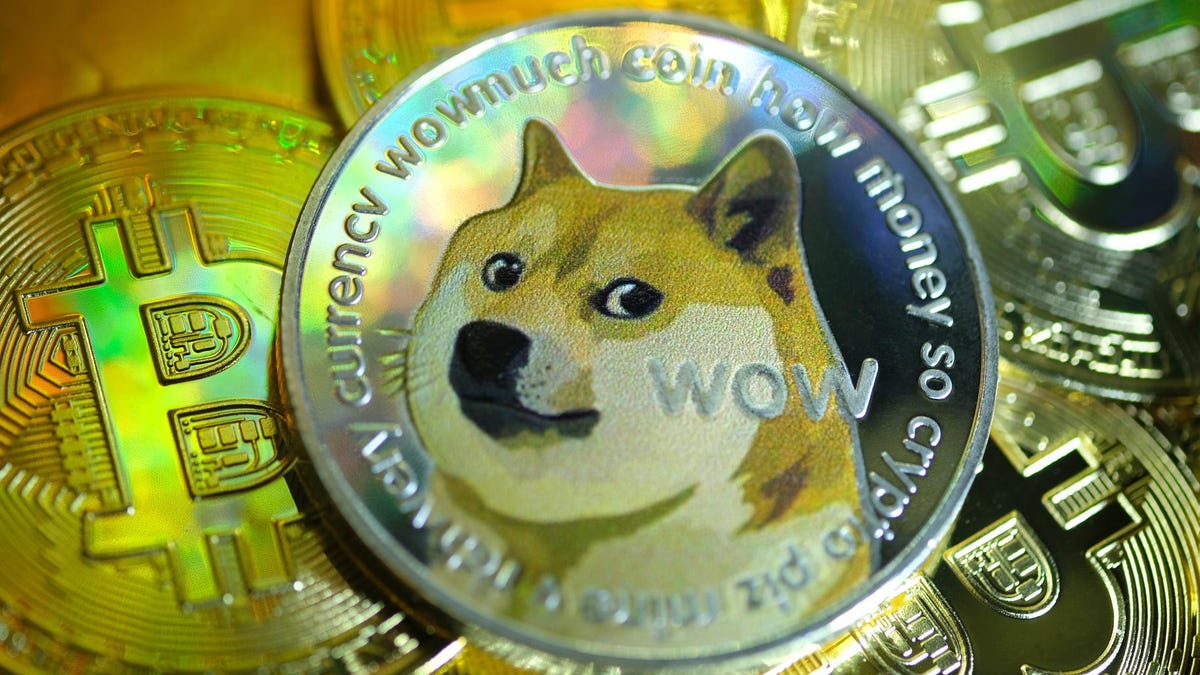 Though he’s kept quiet for much of dogecoin’s meteoric rise over the past year, the token’s cofounder Jackson Palmer broke his silence to rail against cryptocurrencies in a wild tweetstorm Wednesday afternoon, offering a rare glimpse into his long and fraught history with the nascent space that’s grown nearly 300-fold since he abandoned it years ago.

In a rare return to Twitter, one of dogecoin’s two cofounders claimed the crypto market is … [+] controlled by a “powerful cartel of wealthy figures.”

The Australian-born Palmer, one of the two software engineers who created the massively popular token as a joke in 2013, started his 10-tweet critique by saying that after years of studying cryptocurrencies, he never plans on returning to the space because he believes it’s an “inherently right-wing, hyper-capitalistic technology.”

Palmer lamented the crypto market’s resurgence over the past year, claiming it’s “controlled by a powerful cartel of wealthy figures,” and seemed to take jabs at Tesla chair and self-proclaimed “Dogefather” Elon Musk, saying retail investors have been sold a “false promise of one day being a fellow billionaire.”

Now a director of product management at Adobe, according to his LinkedIn profile, Palmer has been mostly quiet online and in the media since early 2015, when he stopped working on dogecoin and announced on Twitter an “extended leave of absence” from the cryptocurrency space, calling it “toxic and frankly, stagnant.”

Palmer has said he abandoned what could’ve been a dogecoin fortune when he left in 2014, saying he “didn’t come away with any money” in a 2018 interview.

More recently, he reportedly called Musk a “self-absorbed grifter” after Tesla decided to stop accepting bitcoin as a method of payment in May, prompting a widespread sell-off that the cryptocurrency market has yet to recover from.

Palmer and Billy Markus created dogecoin in December 2013 to poke fun at the wildly popular Doge meme (of a Shiba Inu dog) and the growing hype around the nascent crypto market (bitcoin itself was not even five years old). “It was always like a hobby project, like a side project thing,” Palmer said in 2018. Markus has fully embraced the dogecoin meme even though he also left the project in 2015. Markus, who now runs an active Twitter account with more than 400,000 followers, says he sold and gave away all his dogecoin holdings at the time, but he’s since purchased some more. “I bought dogecoin after eight years of vowing never to buy crypto again, an hour ago,” he tweeted in June.

“These days even the most modest critique of cryptocurrency will draw smears from the powerful figures in control of the industry and the ire of retail investors who they’ve sold the false promise of one day being a fellow billionaire,” Palmer tweeted Wednesday. “Good-faith debate is near impossible.”

Though it at one point soared nearly 1,500% this year, dogecoin’s price has crashed nearly 75% from an all-time high on May 8, the night of Musk’s Saturday Night Live debut. At its peak, the cryptocurrency amassed a market cap above $93 billion.

The man who dodged the Dogecoin (Decrypt)