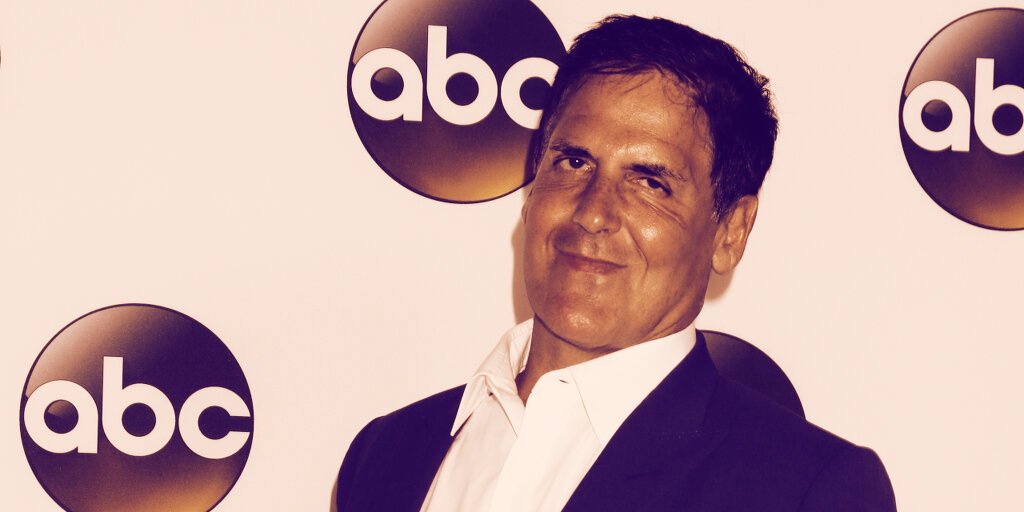 Investor Mark Cuban will wager $1M that either Bitcoin or Ethereum (TBD) will see a better return than the S&P 500 over the next 10 years. Cuban, noted fan of Dogecoin and NFTs, is facing off against wealth management firm head Peter Mallouk in the wager.

Once known in the crypto world as a Bitcoin naysayer, billionaire investor and Dallas Mavericks NBA team owner Mark Cuban has emerged of late as one of the industry’s biggest proponents and defenders. He’s big on crypto collectible non-fungible tokens (NFTs), seriously believes in the value of Dogecoin (DOGE), and sees big potential in decentralized finance (DeFi).

And now Cuban is putting his money where his mouth is, yet again. After engaging in a back-and-forth Twitter debate with Peter Mallouk, president and CEO of wealth management firm Creative Management, Cuban has agreed to a pair of long-term $1 million dollar wagers that will be designed as smart contracts—one of which will be based on the performance of cryptocurrency.

In doing so, the $1 million bet essentially acts a public demo for what smart contracts are and what they can be programmed to do—which may have been Cuban’s aim all along.

The whole thing started when Mallouk weighed in on a Twitter conversation Cuban was having with other users about the merits and potential future growth of Dogecoin, writing, “So many people are going to lose so much money listening to this. Straight out of Dumb and Dumber.” He added in a later reply, “If you buy a hundred stocks, odds are most go up. If you buy a hundred cryptocurrencies, most will go to zero. Big difference.”

Cuban chimed in at this point, quoting Mallouk and writing, “Only a fool would buy 100 stocks or 100 crypto assets.” Mallouk suggested that he would take the return on the S&P 500 stock market index over the next decade over the return of any group of stocks that Cuban selected, and from there a bet was gradually devised—and expanded.

Ultimately, Cuban proposed setting up a pair of bets as automated smart contracts. One will see Cuban bet that the 10-year return on either Bitcoin or Ethereum (to be determined) will beat the return on the S&P 500, while the other bet is that the stock for Netflix and Amazon will have a better return over the next 10 years than the collective S&P 500.

A smart contract is essentially just computer code in a blockchain that automatically carries out set instructions once certain conditions are met. Ethereum is the largest and most popular blockchain for smart contracts, although challengers such as Polkadot and Cardano are rising in prominence and value. In this case, the proposed smart contract(s) would automatically pull in data from preset sources about the performance of each asset or index, and then reward the funds to the winner.

Great 💰💰💰Any established platform out there want to write and host the smart contract ? I’ll deposit DAI and yieldfarm on my $1m for each contract. peter can set directions for his stablecoin. @PeterMallouk any preferences on any of this ? https://t.co/yed4s04HJx

Mallouk agreed to both bets. Cuban said that he will deposit DAI into a smart contract and do yield farming for rewards, and suggested that Mallouk can advise terms for his stablecoin. Ultimately, both participants plan to donate their potential winnings to charity. By insisting on the use of smart contracts to govern the wager, Cuban is in a way already proving the value of such blockchain platforms—a sly move, to say the least.

Decentralized smart contract platform UMA jumped into the fray, tweeting that it is setting up contracts for both bets should Cuban and Mallouk wish to host the wager there. UMA has proposed smart contracts with tokens that anyone can trade and participate in, potentially creating opportunity for others who want to take the bets. Cuban has replied to one of UMA’s tweets about the proposal, but details do not appear to be finalized just yet.

However the final details shake out, Cuban’s wager is a big bet on the long-term performance of cryptocurrency, which has existed for much less time than the stock market or even the S&P 500 itself (founded in 1957).