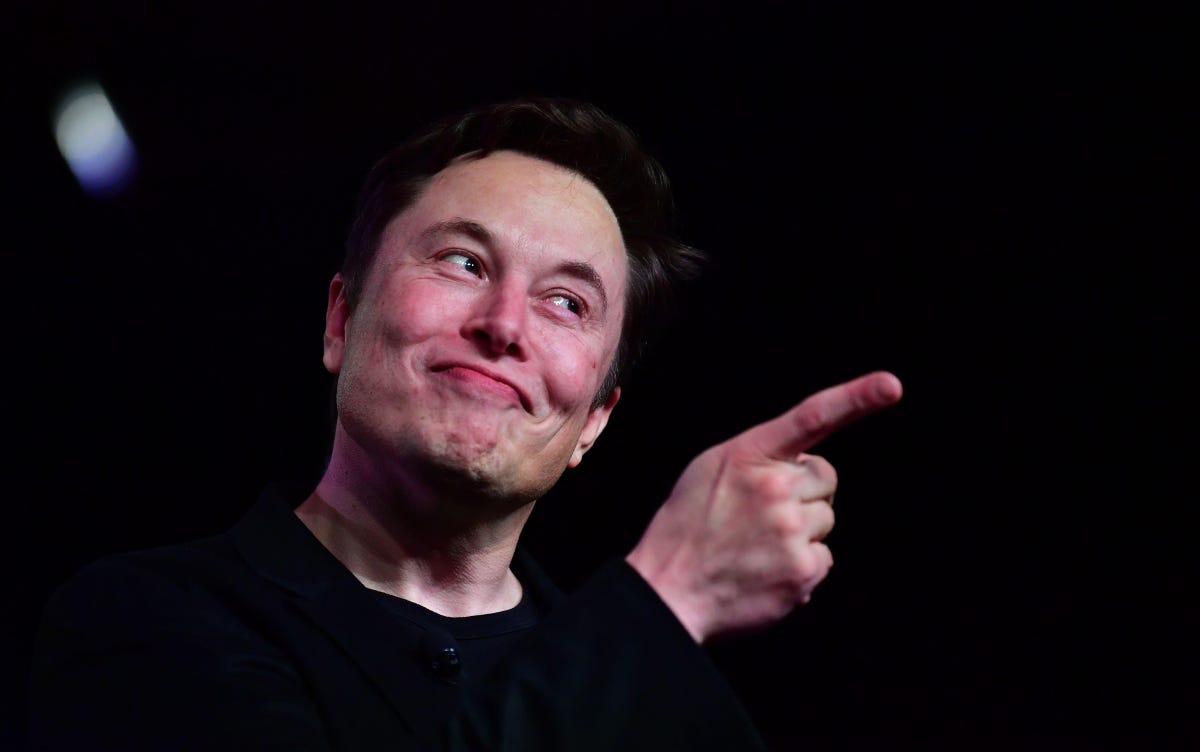 Bitcoin and cryptocurrencies have surged this week after two technology giants signaled their support for crypto (subscribe now to Forbes’ CryptoAsset & Blockchain Advisor and discover crypto blockbusters poised for 1,000% gains).

The bitcoin price has added almost 10% over the last week, helped by a hotly-anticipated live discussion on bitcoin and crypto between Tesla billionaire Elon Musk and Twitter’s Jack Dorsey—with the meme-based dogecoin and the second-largest cryptocurrency ethereum arguably the event’s surprise winners.

Now, as the dogecoin price nears 20 cents per doge token after crashing under the psychological level earlier this month, Musk has shared a dogecoin theory that proclaims the memecoin isn’t a speculative asset but rather “dogecoin is money.”

Tesla CEO Elon Musk has adopted dogecoin as his pet project in recent months, helping its price to … [+] soar, but remains supportive of bitcoin.

“I’m trying to tell you dogecoin is money,” the meme, shared by Musk on Twitter, reads; a twist on a popular Matrix movie quote that asks whether dogecoin could make someone “a lot of money.”

After soaring to over 70 cents in May, riding a Musk and influencer-fueled rally, the dogecoin price has crashed almost 75%. However, dogecoin’s still up a staggering 6,000% on this time last year due to speculators piling into the Shiba Inu dog-based cryptocurrency.

This week, speaking during the Crypto Council for Innovation’s ₿ Word event, Musk elaborated on ideas that had previously been floated to upgrade dogecoin via ethereum to “max transaction rates and lower transaction costs.”

“There may be some merit in combining something like ethereum and dogecoin,” Musk said, revealing he owns some ethereum tokens in addition to his bitcoin and dogecoin.

The dogecoin price has fallen over the last month, finding a floor this week thanks to support from … [+] Tesla billionaire Elon Musk and rally back toward 20 cents per dogecoin token.

“Bitcoin by itself simply cannot scale to become the monetary system for the world at base layer,” Musk said, arguing bitcoin will “struggle to become peer-to-peer cash” without the adoption of a second layer network.

“There’s some merit in considering something that has higher max transaction rate and lower transaction cost and seeing how far you can take a single-layer network with exchanges acting as a de facto second layer,” Musk said. “I think you could take that further than people realize and as bandwidth increases over time latency decreases.”

A long-time supporter of dogecoin, Musk has this year fully embraced the somewhat satirical cryptocurrency that was created in 2013 as a “joke,” issuing calls for upgrades and promising his rocket company SpaceX will put a “literal dogecoin on the literal moon.”

During this week’s online chat between Musk, Twitter’s Jack Dorsey and Ark Invest’s Cathie Wood, it was also revealed SpaceX has joined Tesla in holding bitcoin, though Musk didn’t say how much.