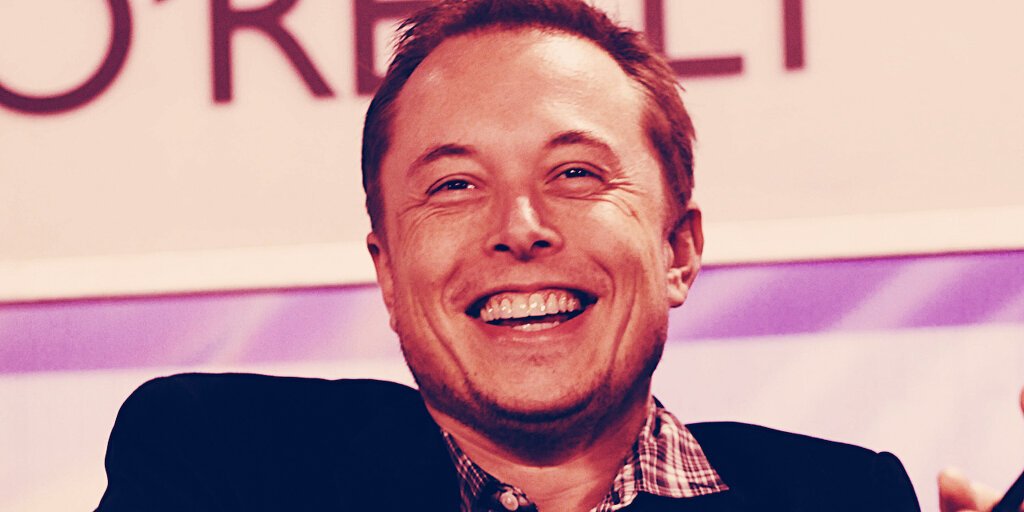 The price of Dogecoin grew 10% overnight. Elon Musk has Doge eyes on Twitter. Dogecoin is still 11% down from last week.

The price of Dogecoin grew 9.7% overnight to reach a price of $0.19 after Tesla CEO Elon Musk changed his Twitter profile picture to show his support for the meme cryptocurrency.

Musk’s new profile picture is a headshot of him wearing mirrored aviators bearing the reflection of the viral Shiba Inu meme on which Dogecoin is based.

Musk’s choice of ‘Doge eyes’ to signal his fidelity to Dogecoin is most likely a reference to Bitcoin’s #LaserRayUntil100k meme—an ongoing craze where Bitcoiners add laser eyes to their social media profile pictures to signal their allegiance. Musk was briefly a part of the craze, alongside MicroStrategy’s Michael Saylor, who has kept the laser eyes to this day.

Dogecoin’s overnight price spike still leaves the currency 11% less valuable than it was seven days ago, according to crypto data aggregator CoinMarketCap.

It seems the days of Elon Musk pumping the price of Doge by 40% in half an hour with one tweet are long gone. Dogecoin is currently still around a quarter of its former all-time high of $0.73 set on May 8.

Dogecoin co-creator Jackson Palmer also launched a broadside against his former project earlier this week, taking to Twitter to announce his opinion that all crypto is “an inherently right-wing, hyper-capitalistic technology built primarily to amplify the wealth of its proponents through a combination of tax avoidance, diminished regulatory oversight and artificially enforced scarcity.”

After years of studying it, I believe that cryptocurrency is an inherently right-wing, hyper-capitalistic technology built primarily to amplify the wealth of its proponents through a combination of tax avoidance, diminished regulatory oversight and artificially enforced scarcity.

Still, in spite of the blistering vote of no-confidence from one of the most successful software programmers in crypto’s young history, Dogecoin is the only top 20 currency to have experienced a significant price movement overnight.

In related news, Musk also updated his followers about his son’s Dogecoin holdings, which he first told the world about back in February.

Apparently, “Lil X is hodling his Doge like a champ. Literally never said the word “sell” even once!”

Lil X is hodling his Doge like a champ. Literally never said the word “sell” even once!

At least the Musks are happy with today’s market.