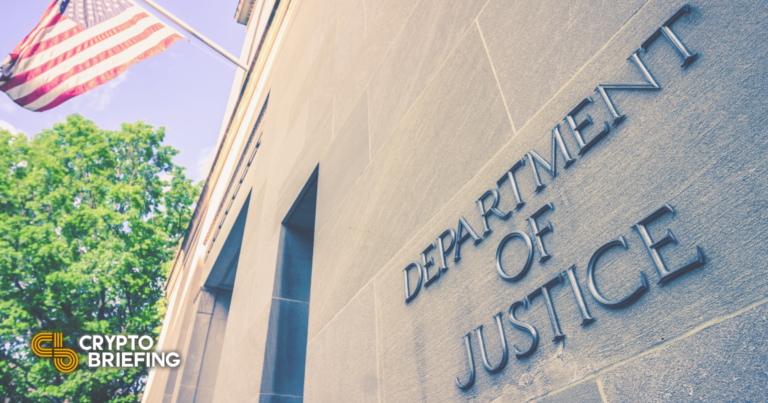 A senior Department of Justice official has revealed that the U.S. will give similar priority to ransomware attacks as terrorism, according to a Reuters report. The news comes after the major cyber-attacks affecting Colonial Pipeline.

The Department of Justice (DoJ) will give similar priority to ransomware attacks as terrorism, according to reports.

In documents obtained by Reuters, the U.S. government department explained how attorney generals across the U.S. will be asked to cooperate on ransomware attacks with a newly created task force in Washington. The force will be headed by DoJ principal associate deputy general John Carlin. All ransomware cases will be now be tracked on a national level, said Carlin.

Cyber-attacks have become increasingly common in recent years and can often cause billions of dollars worth of damages.  In May, a cybercriminal group called Dark Side proceeded to lock Colonial Pipeline’s systems. It caused a shutdown that lasted several days and led to a surge in gas prices across the U.S. The cyber-attack was stopped when Colonial Pipeline paid $5 million to the hackers to regain access to their systems. Authorities has since stated that Dark Side is based in Russia.

The White House announced that President Joe Biden had led a strategic review of the incident, resulting in the creation of the new DoJ task force. The President has also announced that he will discuss the issue with Russia’s President, Vladimir Putin, during their in-person meeting this month.

However, while ransomware might be gaining popularity, cyberattacks have been extremely destructive even before the birth of cryptocurrencies. According to Investopedia, 8 of the 10 most costly cyber attacks happened before 2008. The whitepaper for the first cryptocurrency, Bitcoin, was released in October 2008.

Disclaimer: The author held ETH and several other cryptocurrencies at the time of writing.

400 US Hospitals in Danger of Unprecedented Bitcoin Ransomware Attack

The FBI and Department of Homeland Security are among the U.S. authorities warning of a coordinated Bitcoin ransomware attack on the nation’s healthcare system.  Ransomware Attack Cripples American Hospitals Following…

Binance is currently being investigated by the U.S. Department of Justice (DoJ) and the Internal Revenue Service (IRS), according to a recent report from Bloomberg. Bloomberg Reports Binance Investigation Individuals…

BitMEX’s trading volume and balance plummeted to yearly lows as users run for the exit after the exchange faced criminal and civil charges from American authorities.  An Exodus from BitMEX  …