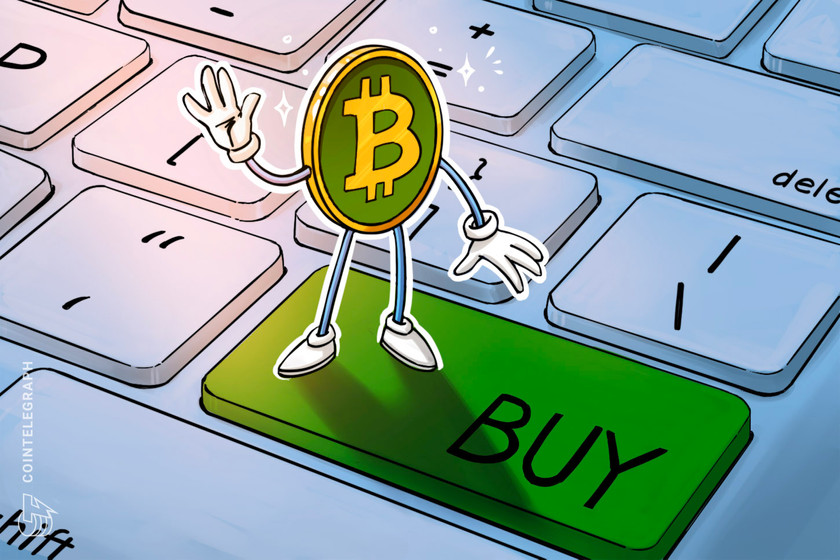 The chaos we’ve experienced in global markets this year — global geopolitical upheaval magnified by the confluence of broken supply chains, inflation and heavy national debt loads — seems to signal the beginning of a new era. All of this is within the context of the United States dollar serving as the primary global reserve currency, currently accounting for about 40% of global exports.

But monetary history tells us that multiple global reserve currencies can exist at one time. Many countries are actively seeking a reserve settlement that is insulated from global political strife. Bitcoin (BTC) may fit the bill, and if it is adopted as an alternative reserve currency — even at the margins — we will see the unleashing of Bitcoin-based trade and the rise of a new geopolitical reality.

The Bitcoin network is ready for this moment.

What is Bitcoin-based trade?

There are many reserve currencies in the world, from the U.S. dollar to the Chinese yuan, the Japanese yen and more. But the dollar is the largest by far in terms of popularity in use for exchange.

Related: 5 reasons 2023 will be a tough year for global markets

Bitcoin-based trade focuses on the idea that BTC could also function as a reserve currency running in parallel with other reserve currencies. The resulting geopolitical reality would be one in which supply and demand are at the forefront of leverage between nations. Those that possess the raw materials, manufacturing capabilities or any other number of critical inputs for global commerce would then be capable of negotiating based on the demand for those inputs. This would be enforced by the unit of exchange, Bitcoin, remaining a largely apolitical settlement network.

The importance of timing

There are many challenges facing the global economy. Two, in particular, are the products of the once-in-a-generation alignment of unique circumstances. The first is the need for an efficient, relatively apolitical, antifragile reserve currency system. The second is the increasingly challenging requirements for critical inputs for the global economy. These are inputs like raw materials, manufacturing costs, specialized manufacturing processes, the protection of intellectual property, etc. The sources for critical inputs that are necessary for all global commerce are in transition. The timing might just be right for geopolitical leverage that has traditionally come from the global need for dollars to be dramatically dampened by a new unit of exchange, Bitcoin.

Whether the dollar should be displaced from the current reserve currency hierarchy is a subject for another time. Even just a few years ago, considering Bitcoin as a meaningful addition to existing reserve currencies was impossible. Nevertheless, Bitcoin is now a viable entrant because of the size and level of decentralization of the network.

Beyond any public skepticism or regulatory inertia, the Bitcoin blockchain was too slow and too energy intensive to be a viable global reserve currency. Fast forward to today, the network possesses a feature set that can power unique solutions needed for exactly this purpose.

Simply put, the Bitcoin network is getting more robust and multifunctional by the day. The rise of the lightning network makes it simple for participants to actively manage inbound and outbound liquidity. This matters because as countries and large businesses adopt the Bitcoin network, smaller countries and companies will follow. The Lightning Network continues to expand rapidly and will soon be capable of handling this volume quickly enough to compete with fiat currencies at multiple levels of trade.

Related: 4 legislative predictions for crypto in 2023

The second major challenge is the increasing need for critical inputs from the global economy. These are inputs that represent the supply side of the market. This includes raw materials like oil, computer chips, lithium and aluminum — and very specific manufacturing processes that require a high degree of specialization or manufacturing that is extremely inexpensive. So too included is the ability to legally protect ideas. There are many categories of critical supply-side inputs, but the bottom line is this: Without using the leverage of monetary policy and restricted trade settlement, the ability of those countries that possess critical supply-side inputs to negotiate geopolitically is dramatically increased.

The seachange that this would unlock cannot be overstated. This would be that entities like the Bank of International Settlements (the bank for central banks), the International Monetary Fund, the World Bank and many other global financial institutions would lose some of their political power. This is important because, as history has shown, these institutions exercise outsized political influence that is misaligned with the economic reality they profess to be upholding.

Let’s take the example of the IMF. Alex Gladstein has done extensive research to better understand the complex relationship between entities like the BIS, IMF, World Bank and the nations to which they extend loans. According to Gladstein, the IMF has extended loans “to 41 countries in Africa, 28 countries in Latin America, 20 countries in Asia, eight countries in the Middle East and five countries in Europe, affecting 3 billion people, or what was then two-thirds of the global population.”

In order to do business with the IMF, a country must join the IMF. One of the requirements to join is a deposit denominated in the nation’s native currency as well as “harder assets” like gold, dollars or European currencies. There are 190 countries that have joined to date. When a member nation needs a loan for an emergency or large infrastructure project, they typically receive that loan at interest rate levels and on payment terms that are hard to meet. Countries that don’t meet this obligation are penalized. Penalties range but oftentimes are levered in the form of interest rate hikes, currency devaluation, restrictions on government spending and more. So, the borrowing nation becomes more indebted and restricted in its ability to actually pay the loan. Recall that the dollar is the global reserve currency. It is the United States that has the most heavily weighted vote within the IMF. And thus, it seems, the global monetary hierarchy is reinforced and maintained through indebtedness.

Considering this through the lens of game theory, it makes sense. Those who are in power and stand to benefit from that power are going to do what they can and feel they must to maintain that position. All of this was business as usual until 2022, when critical inputs started to become more important than the unit of exchange used to trade and direct them.

The race is on to reposition within an emerging new paradigm. Critical inputs matter more than ever. Against the backdrop of shifting U.S. monetary policy, leverage just may be shifting. Aggressive rises in interest rates are wreaking havoc in global markets. Pressure is building on countries that have dollar-denominated loans — like those from the IMF. But many of those countries possess critical inputs that the world needs. Countries like Russia, China, India and Saudi Arabia are now actively seeking alternatives to the dollar. Market analysts like Luke Gromen think that a transition to an alternative is certain.

Gromen suggests that the short-run alternative will be gold. In the medium-to-long term, it could be an asset like Bitcoin. Alternatives can be explored is due to the shifting leverage that interested countries have and are now willing to utilize fully. Gold is considered a viable option because historical precedence suggests it. But as countries recognize the features that Bitcoin possesses, the pivot to gold may very well be temporary.

And if that happens and we see a move toward Bitcoin-based trade, all bets are off. A new geopolitical reality will emerge. A multipolar global trade regime will give way to new alliances between nations. New alliances will mean new trading partners will build new trade routes. Monetary policy as a method of leverage will be defanged. Those countries that possess critical inputs will have leverage like they never have before.

The transition will be chaotic, and the result is impossible to predict. But one thing is certain: We are bearing witness to a once-in-a-lifetime reshuffling of global commerce.

Now is the time to pay close attention to the place that Bitcoin might take in that paradigm.

Joseph Bradley is the head of business development at Heirloom, a software-as-a-service startup. He started in the cryptocurrency industry in 2014 as an independent researcher before going to work at Gem (which was later acquired by Blockdaemon) and subsequently moving to the hedge fund industry. He received his master’s degree from the University of Southern California with a focus in portfolio construction and alternative asset management.

This article is for general information purposes and is not intended to be and should not be taken as legal or investment advice. The views, thoughts and opinions expressed here are the author’s alone and do not necessarily reflect or represent the views and opinions of Cointelegraph.