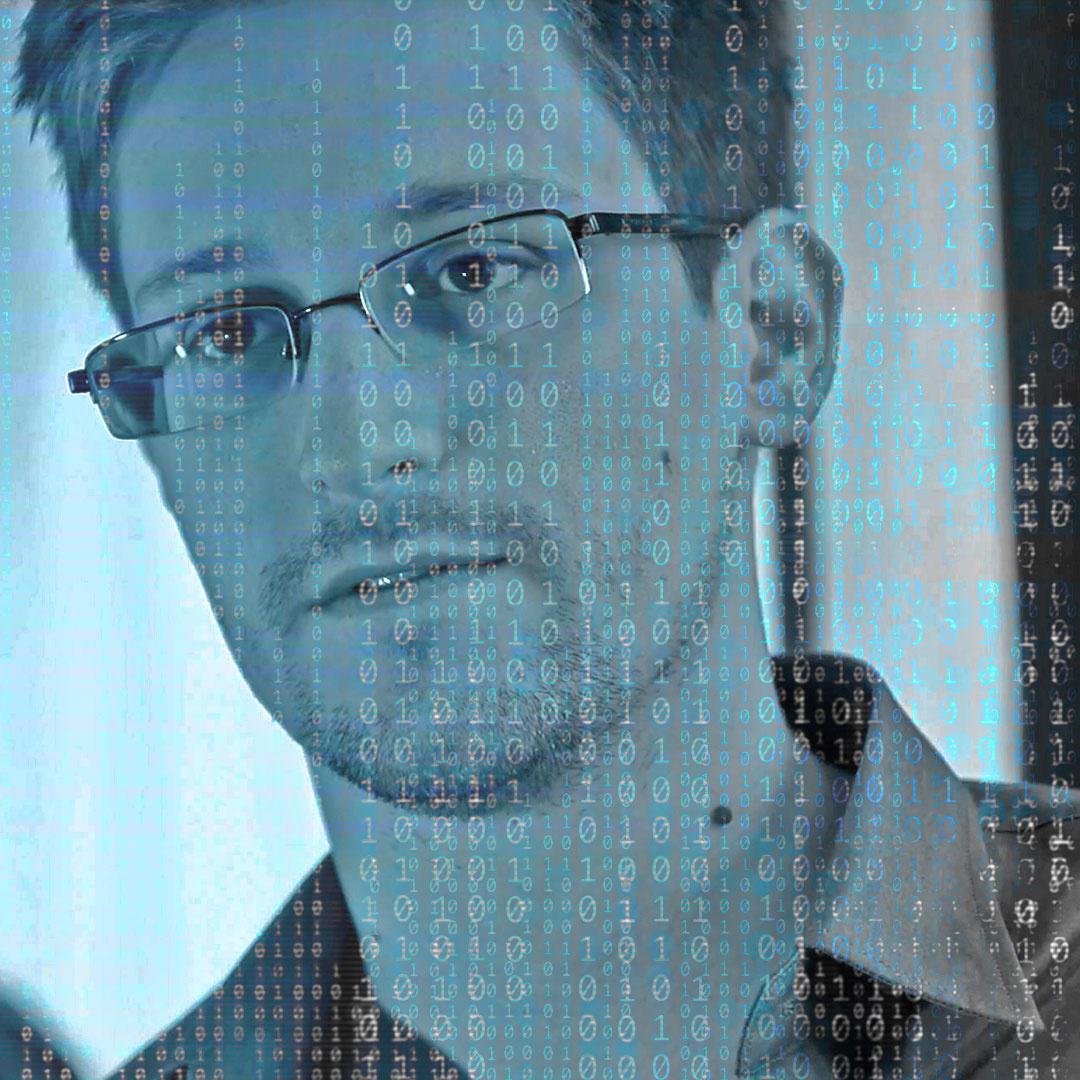 The Notorious whistle-blower acknowledges he was the sixth person who participated in an elaborate 2016 ceremony that led to the creation of zcash, a leading privacy protecting cryptocurrency now valued at $2 billion.

In the fall of 2016, the cryptocurrency world was aflutter with excitement about the creation of a new kind of cryptocurrency, zcash. Unlike bitcoin, which is designed to be completely transparent – and trackable – zcash was coded to hide all information about a financial transaction, including not only the amounts involved, but also the public keys. That meant that prying eyes could no longer follow the cryptocurrency as it changed hands. Developers of zcash, at the Denver-based Zerocoin Electric Coin Company, used cutting-edge math that allowed an individual to prove a truth, such as that they owned an amount of cryptocurrency, without even revealing what that truth was. It’s called a zero-knowledge proof. Math would do the work, no humans needed.

But to start the process—ironically—these proofs require humans. In the zcash creation ceremony six individuals each performed a number of different tasks that resulted in them—hopefully only briefly—possessing a sliver of the private creation key, which if ever united would allow the printing of infinite untraceable cryptocurrency. The finale of the ceremony, which was held in locations around the world in October of 2016, was the destruction of these keys. As long as just one of those six people destroyed their part of the key the ceremony was a success.

At stake was a world where private individuals could still spend money privately.

At stake was a world where private individuals could still spend money privately without nation states or big businesses monitoring – and monetizing – them. Shortly after the so-called genesis block that created the $2.1 billion blockchain, five of the six ceremony participants revealed their identities. They included CoinCenter researcher Peter Van Valkenburgh, and bitcoin core developer, Peter Todd. But the sixth person, using the pseudonym John Dobbertin, remained unknown until today, when whistle-blower Edward Snowden, confirmed his role in a short video shared with Forbes.

“When we look at cryptocurrency,” said Snowden in the recording, which was made for a documentary by Zcash Media about the history of the coin, “we generally see the cryptographic properties of it being used to make sure it’s a fair ledger, but not that it’s been used to ensure that it’s a private ledger. Bitcoin quite famously is an open ledger. The problem with that is you can’t have truly free trade unless you have private trade. And you can’t have a free society without free trade.”

Snowden’s interest in privacy-protecting technology first came to the attention of Zooko Wilcox, co-founder and CEO of the Zerocoin Electric Coin Company, now called the Electric Coin Company, when Snowden spoke virtually at an event on privacy at Bard College. There he described the role of privacy technology like the TOR internet browser that obscures identities, in giving normal citizens a sense of privacy. Wilcox was looking for people who were already adhering to stringent privacy practices as part of their daily lives to participate in the zcash creation ceremony. And who better than Snowden, the former NSA contractor who had leaked 9,000 classified and unclassified documents, largely about the United States spying on its own citizens, before fleeing in June 2013, and taking refuge in Moscow?

Wilcox reached out to Marcia Hofmann, a longtime veteran of the Electronic Frontier Foundation, the influential Internet civil liberties group, who connected the two. In the fall of 2016 Wilcox set up a computer at a rental property in Colorado where he could customize privacy features to ensure there were no eavesdroppers in the conversation. When Snowden first appeared on the screen Wilcox was star struck. “Ed’s revelations were really validating for the kind of defenses, the kind of safe infrastructure that I had been trying to build for society, and other people had doubted,” says Wilcox. “His revelations showed people that I had been right all along.”

After Wilcox gathered his composure and addressed a few of Snowden’s concerns about the privacy of zcash, the two agreed to work together. Wilcox assigned him the pseudonym, John Dobbertin, as an homage to Hans Dobbertin, the late German cryptographer best known for tracking down weaknesses in cryptographic algorithms. In addition to the pseudonyms, Wilcox required that the hardware used in the ceremony be “air-gapped,” meaning it has never connected to the internet in any way.

Snowden’s spycraft helped with a small but important part of the ceremony. Wilcox says Snowden introduced him to what he describes as the CIA concept of “random purchases,” or spontaneously buying hardware on location at places that not even the purchaser knew they were going to use until the last moment. Wilcox took the advice to heart, requiring it of each of the participants. Wilcox says Snowden used a simple, yet effective disguise when buying a fresh computer for the zcash ceremony in Russia.

“When he goes out on the streets in Moscow, if he’s wearing his glasses, people recognize him,” says Wilcox. “And if he just takes the glasses off, nobody knows who it is. So he took his glasses off to go get his random purchase from the computer store.”

Money appears to be flowing into privacy coins due to the war in Ukraine and following a European Parliament vote that could close unregulated exchanges and require identity verification on even the smallest transactions. Since February 24, when Putin invaded Ukraine, Zcash is up 67% to a recent $147 while Bitcoin is up only 9% over the same timeframe. In all, there are 90 different privacy-protecting currencies – including Monero, zcash’s primary competitor, which has a market cap of $4.1 billion. In all, privacy coins now comprise an $11.3 billion market, according to CoinMarketCap.

Before today’s announcement, Snowden had publicly discussed privacy coins on multiple occasions, including a tweet in September 2017 when he called zcash the “most interesting” alternative to bitcoin and another in February 2019 in which he clarified he’d never been paid for his support of zcash, something Wilcox reiterated. As recently as this month Snowden addressed a group at the launch of privacy coin Nym, in Paris, where he blamed many of the privacy problems of today on decisions made in the 1970s about how our global computer networks are structured.

“Privacy for bitcoin is still an open disaster. Everyone is aware of it.”

“Privacy for bitcoin is still an open disaster. Everyone is aware of it,” said Snowden in a different video from the Nym conference, provided exclusively to Forbes, “I’ve tweeted exchanges with the core developers, they know it. And there are improvement proposals out there. But it’s moving slowly. I have to think, at this point, there is basically a fear of moving forward to fix that, and that’s what’s making everybody a slow boat, because this is the core problem with bitcoin today. There is no issue more important than fixing the weaknesses of the open ledger.”

Two years after the original zcash ceremony, Snowden used the Dobbertin identity again to take part in a much more detailed – and more secure – ceremony that involved 88 people. Each participant chose their own security protocols. Snowden, professionally cautious, elected to use a separate USB stick for each step of the process.

“When it came to this concept, that they needed many people in many places, all cooperating in the hopes that just one of them might not be compromised, might not work against the public interest, and that that was necessary for the ceremony to succeed, I was happy to say sure, I’ll help,” said Snowden, in the video. “But the best step forward beyond the ceremony is to remove the need for it entirely.”

And that’s exactly what’s happened. The timing of Snowden’s revelation isn’t an accident. Wilcox is releasing a software update for zcash, called Halo, that thanks to a mathematical breakthrough by Electric Coin Company engineer Sean Bowe, removes the need for these ceremonies altogether. So long as it was made clear he wasn’t paid for the services, Snowden thought the timing was right. “For the first time,” says Bowe, “users will be able to use zcash without relying on a trusted setup at all.”

“The first generation of the science needed these kinds of setup ceremonies, and we needed to make it safe, so that North Korean hackers, and whoever couldn’t exploit us in the meantime,” says Wilcox. “As of the launch of the next generation zcash, we’ve made it past that stage of human evolution.”