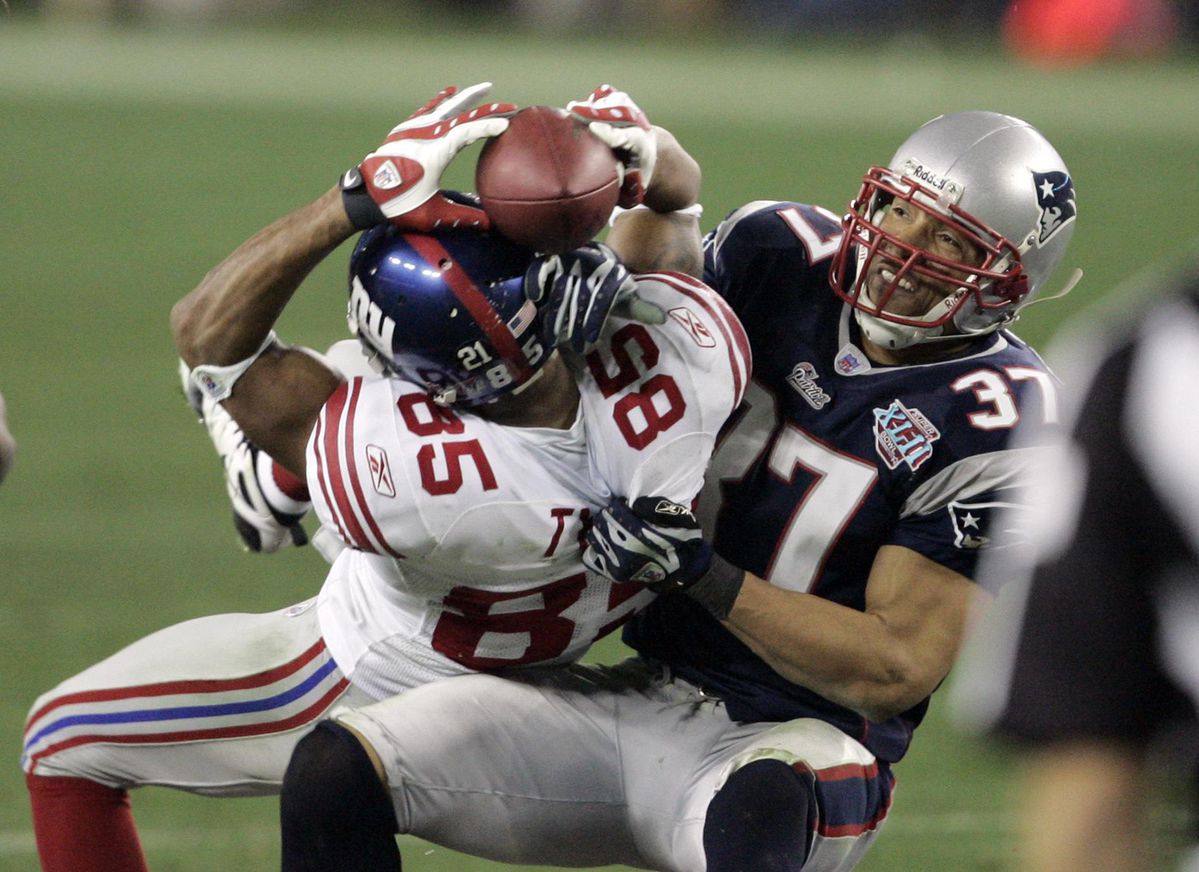 Football legends Peyton and Eli Manning will become the latest sports icons to enter the growing digital artwork space next week when they debut a collection of nonfungible tokens, or NFTs, on the platform MakersPlace.

New York Giants receiver David Tyree (85) holds on by his fingertips to a 32-yard pass as New … [+] England Patriots safety Rodney Harrison (37) pulls him down after the catch. The Giants won 17-14. (AP Photo/Elaine Thompson)

The works will reportedly pay tribute to Eli’s iconic pass to David Tyree in Super Bowl XLII and Peyton’s “Omaha” catchphrase, among other memorable moments from their careers.

According to Sportico, some of the artwork will be available in an open edition format, while others will be auctioned off.

The brothers enlisted the services of artists JK5 and Micah Johnson to design and produce the NFTs.

A portion of the proceeds from sales will go to the Peyton Manning Children’s Hospital in Indianapolis and Tackle Kids Cancer, according to ESPN.

“I think it’s really about telling your story through art,” Eli told Sportico on Tuesday. “The fun part was actually creating the pieces, creating the art, and now hopefully other people get to enjoy it as well.”

NFT prices have soared to new heights this year, and several NFL players have cashed in. Last month, Kansas City Chiefs quarterback Patrick Mahomes garnered a whopping $3.7 million in sales from his “Museum of Mahomes” NFT collection, a week after a set of NFTs released by Tampa Bay’s Rob Gronkowski sold $1.75 million. On Tuesday, future Hall of Famer QB Tom Brady announced the launch of Autograph, a new NFT platform he co-founded with Richard Rosenblatt, the former owner of Myspace. Also on Tuesday, University of Iowa senior Luka Garza, the 2021 Naismith Player of the Year, said he would auction off his own NFT and that the winner auction will get to play a game of HORSE against Garza and partake in a private meditation session. And it’s not just athletes getting into the NFT craze. In March, Twitter CEO Jack Dorsey sold his first tweet as an NFT for $2.9 million and musician Steve Aok sold an NFT for over $888,000

$69.3 million. That was the purchase price for a piece of digital art created by Beeple, the highest amount ever paid for an NFT.

What Is An NFT—And Should You Buy One? (Forbes)