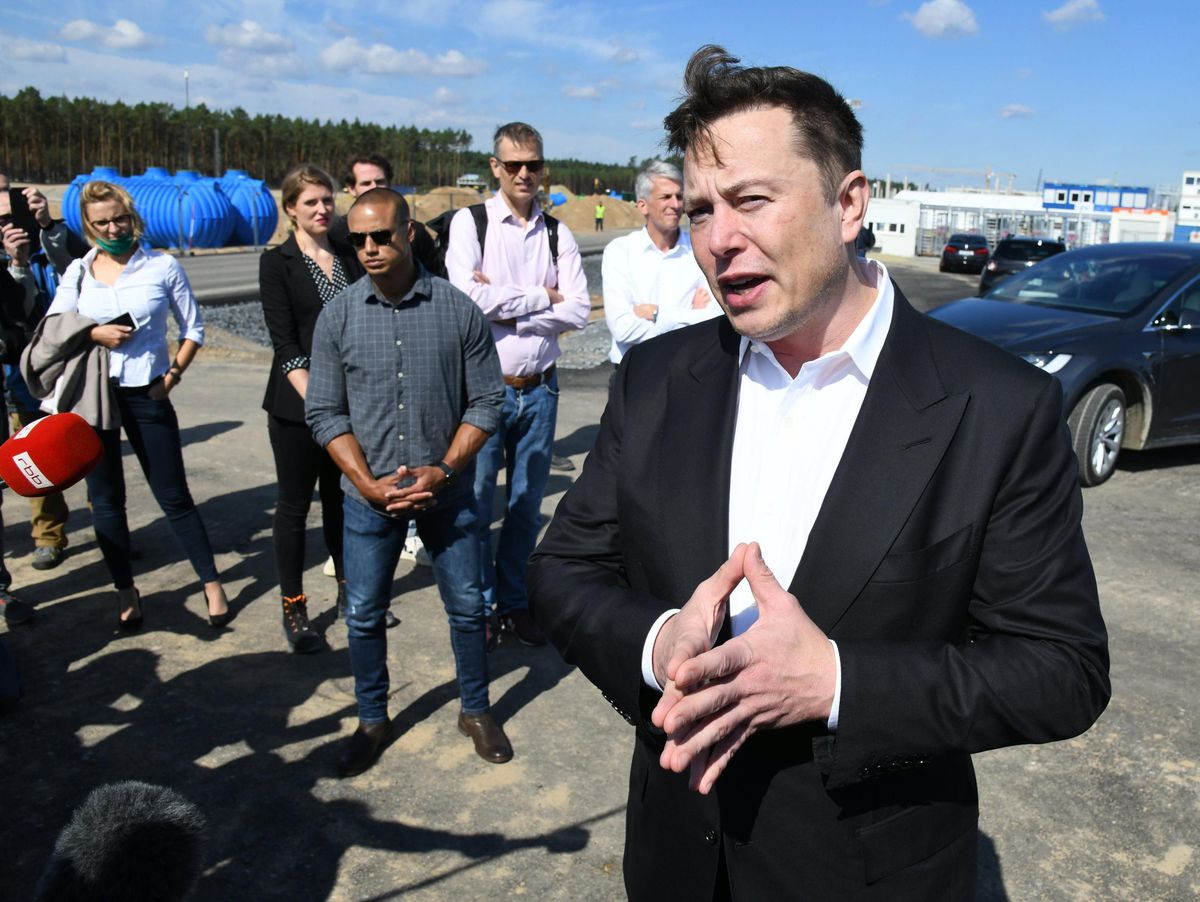 Bitcoin and cryptocurrency prices across the board have struggled this week since a sell-off sparked by Tesla TSLA billionaire Elon Musk and ethereum co-founder Vitalik Buterin helped wipe $300 billion from the market.

The bitcoin price has lost 20% over the last seven days, dragging down the wider crypto market. Dogecoin, the “joke” meme-based cryptocurrency that’s recently rocketed into the crypto top five by value, has also lost ground (even with a surprise Coinbase bombshell).

Now, Musk, the self-appointed technoking of Tesla who was once voted dogecoin’s CEO, has indicated Tesla might have sold more of its bitcoin holdings and proposed a radical dogecoin upgrade that he claims is “needed [for dogecoin] to become currency of Earth”—and that will mean it beats bitcoin “hands down.”

MORE FROM FORBESWhy Bitcoin Could Rocket To A $250,000 Price Within Five YearsBy Billy Bambrough

“Ideally, doge speeds up block time 10X, increases block size 10X and drops fee 100X. Then it wins hands down,” Musk said via Twitter in response to a post made by a dogecoin fan account.

The proposal is similar to one previously made by some bitcoin developers and ethusiasts that culminated in the bitcoin network splitting in 2017, leading to the creation of bitcoin cash, a so-called “fork” of bitcoin that is better suited to a far larger number of smaller transactions.

“The 10,000 alts tried all manner laughable physics and comp sci failed things,” Adam Back, a crypto pioneer and chief executive of bitcoin development company Blockstream, replied to Musk. “There are multiple issues with large blocks. Bitcoin has at this point the most hyper-optimized, algorithmically and hand tuned assembler fastest ECDSA [Elliptic Curve Digital Signature Algorithm] signature verification code for a reason.”

Later, Musk indicated Tesla might have sold the remained of its more than $1 billion worth of bitcoin it bought earlier this year.

“Bitcoiners are going to slap themselves next quarter when they find out Tesla dumped the rest of their bitcoin holdings,” posted an anonymous cryptocurrency Twitter account with the handle CryptoWhale. “With the amount of hate Elon Musk is getting, I wouldn’t blame him.”

Musk, who said in February none of his dogecoin-related posts should be taken seriously, had already boosted the dogecoin price this week with a Twitter poll asking whether Tesla should accept dogecoin as payment—shortly before sending shockwaves through the bitcoin and cryptocurrency community with the surprise cessation of customers’ use of bitcoin to buy Tesla cars.

The bitcoin price has lost more than 20% of its value over the last week, with dogecoin and other … [+] smaller cryptocurrencies also taking a hit as Tesla CEO Elon Musk trolls the market.

Musk’s latest dogecoin Twitter posts have invoked the ire of many bitcoin and cryptocurrency supporters who fear the Tesla and SpaceX CEO’s irreverent approach risks damaging the burgeoning technology.

“The perfect troll is one where people don’t know whether it is a troll or not,” Peter McCormack, the host of the What Bitcoin Did podcast, posted to Twitter, tagging Musk. “Your recent poorly informed criticism of bicoin [and] support for doge may be the perfect troll… or you might actually believe this.”

“Obnoxious threads like this make me want to go all in on doge,” Musk replied, criticizing bitcoin as “highly centralized.”

“A single coal mine in Xinjiang flooded, almost killing miners, and bitcoin hash rate dropped 35%. Sound ‘decentralized’ to you,” Musk asked, adding: “ever heard of PayPal? It’s possible… maybe… that I know [more] than you realize about how money works.”