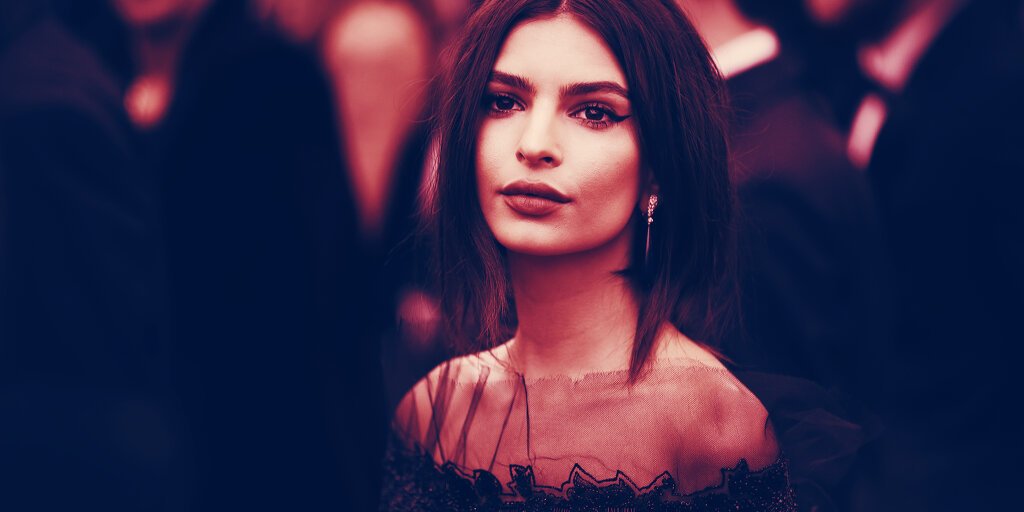 Model Emily Ratajkowski wants to reclaim power over her digital identity. She’s selling an NFT, a cryptocurrency token that gives her a cut of each resale.

Model Emily Ratajkowski has sold her body to photographers for 15 years. Now, she wants to buy back control over her digital self, gawked at by billions online on Robin Thicke’s controversial “Blurred Lines” video and on Instagram through racy Sports Illustrated pictures.

So what better way for the 29-year-old to wrestle back power over her digital identity than to…sell a picture of one of her most famous photos to the highest bidder at a Christie’s auction next month?

And not just any kind of picture—an NFT, or non-fungible token; a cryptocurrency token linked to an immutable, ineffaceable JPG, over which she has no control once she transfers the rights to the token to its new owner.

Hear her out. To Ratajkowski, NFTs are a promising feminist technology, through which she “hope[s] to symbolically set a precedent for women and ownership online, one that allows for women to have ongoing authority over their image and to receive rightful compensation for its usage and distribution.”

In a step toward my ongoing effort to reclaim and control my image, I’m thrilled to announce my first conceptual artwork to ever come to market, an NFT entitled Buying Myself Back: A Model for Redistribution.

The NFT she’s using to accomplish all of this is a picture of herself in front of a printout of one of her most famous pictures.

In 2014, Ratajkowski discovered that artist Richard Prince had turned another Instagram post, a nude, into a canvas, and then exhibited it at a show in New York. Ratajkowski was shocked, especially when she learned that someone had bought that canvas for $80,000.

So Prince offered Ratajkowski another print out, this time an Instagram post from a Sports Illustrated photo shoot. She bought it, and the photo now hangs in her home in Los Angeles. A photo of Ratajkowski in front of that canvas is what’s up for sale as an NFT.

Ratajkowski’s idea is that she can reclaim authority over the photo; because she minted the NFT, ownership of that digital asset can be traced back to her. What’s more, she receives a cut of every secondary sale.

“The digital terrain should be a place where women can share their likeness as they choose, controlling the usage of their image and receiving whatever potential capital attached,” she tweeted Friday.

Yet Ratajkowski’s feminist mission must rail up against the principles of the blockchain, which champion economic freedom above all else. The new owner of Ratajkowski’s digital likeness is entitled to do with the images whatever they please.

The NFT’s new owner might, for instance, do exactly that which Ratajkowski wants her NFT to render obsolete: “exploit and distribute images of women’s bodies without their consent and for another’s profit.”

When her NFT auction at Christie’s concludes, Ratajkowski will transfer ownership rights of that token to someone else on the network.