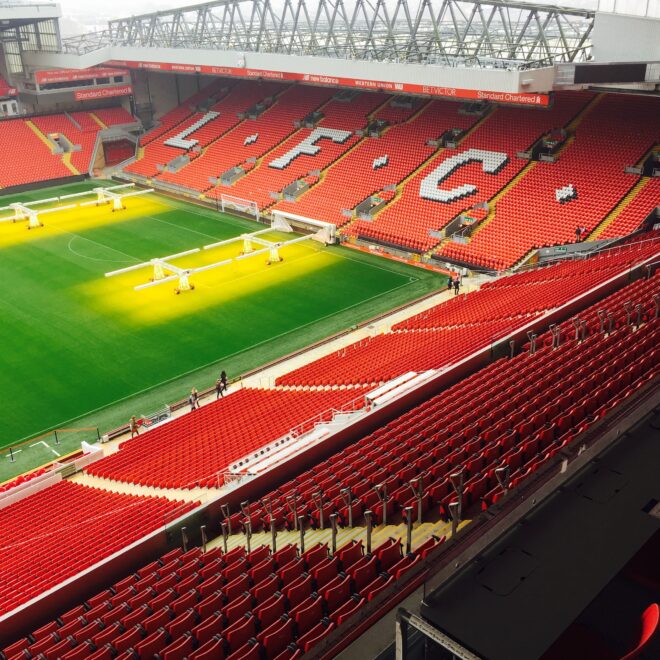 The English Premier League side Liverpool FC has been looking into a crypto shirt sponsor, as suggested by a report.

Liverpool To Become First Club In The EPL To Have A Crypto Shirt Sponsor?

As per a report from the sports news website The Athletic, the English team is looking into possibilities of a crypto company to become their next shirt sponsor.

Liverpool FC is one of the biggest soccer clubs in Europe, boasting a rich history with six UEFA Champions League titles in their trophy cabinet.

The club can add another of these this year as they are currently in the semi-finals of the ongoing 2021-22 tournament.

The team also has the chance to become champions of England again, being 2nd in the English Premier league right now, the country’s top soccer division.

Liverpool has a shirt deal with Standard Chattered at the moment, but it’s expiring next year so the club has been considering opportunities for their next sponsorship contract.

An extension between the two is on the table, but the report suggests the club is also looking into signing with new partners, including crypto firms.

As per the Athletic, the crypto companies currently involved in talks include a cryptocurrency exchange and a blockchain platform.

A sponsorship deal with a digital currency firm wouldn’t be a new thing for the league. Just this season, Watford FC has been playing with Dogecoin as its sleeve partner.

However, a sponsorship deal with the partner’s name displayed in the front of the shirt will indeed be a first for the English soccer top flight.

Last month, Liverpool launched a series of NFTs for their fans to buy and own. But the club also received some backlash over it.

While crypto sponsorships have been slowly entering into the sports world for some time now, many fans are still opposed to such deals.

A Liverpool cryptocurrency shirt sponsorship deal, if it goes through, would also probably receive some backlash from their fans.

The current report suggests numbers in the vicinity of $89 million (£70 million) over two seasons for the deal being discussed.

Today, Bitcoin’s price once again seems to have dropped below the $39k level as at the time of writing, BTC is trading around $38.7k, down 1% in the last seven days.

Over the past month, the crypto has lost 12% in value. The below chart shows the trend in the price of the coin over the last five days.

Looks like the price of the crypto has taken a tumble down over the past few days | Source: BTCUSD on TradingView Featured image from Unsplash.com, chart from TradingView.com