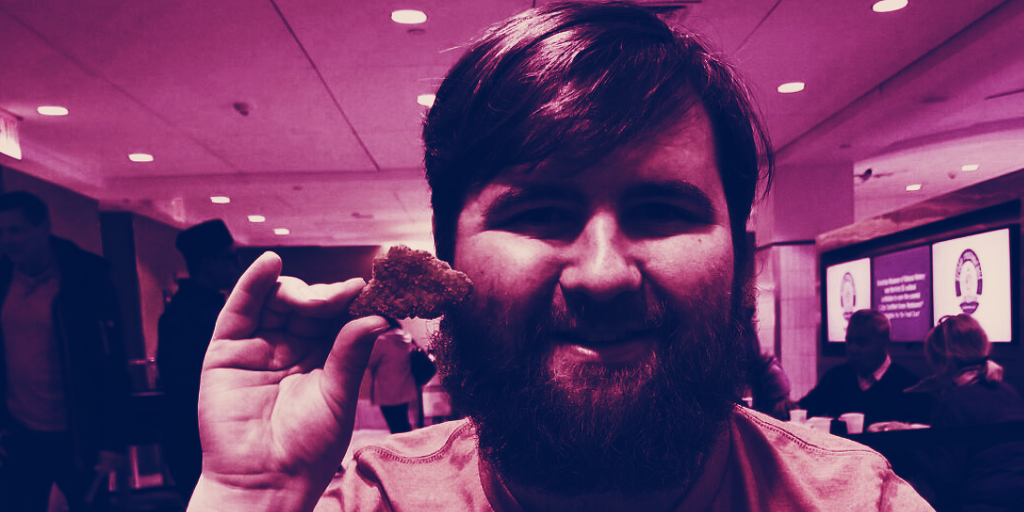 Hudson Jameson is a recognizable face in Ethereum. He joined the Ethereum Foundation in 2016. He’s leaving to pursue new opportunities.

Hudson Jameson, one of the best-known faces of Ethereum, is stepping down from his role at the Ethereum Foundation, the nonprofit organization that helps shepherd the blockchain’s growth.

Jameson, a software developer and engineer who grew into a role as Ethereum’s unofficial communicator-in-chief (the Ethereum Foundation isn’t big on titles), joined the foundation in June 2016, back when a single ETH sold for under $20. It’s now valued above $2,400.

“The Ethereum Foundation is an incredibly special place to work & I was blown away when Ming (former ED at the EF) asked if I wanted a job!” tweeted Jameson. “Now, after nearly 5 years at the EF, it’s time to create new chapters in my life.”

From late 2016 through February 2021, Jameson was most visible as the moderator of Ethereum’s biweekly All Core Devs meeting, during which developers of different Ethereum software clients and research projects would discuss improvements to the blockchain, including the building of Ethereum 2.0—a proof-of-stake network that will make Ethereum more powerful, cheaper, and less energy-intensive.

In December, Jameson took a step back from that role as core dev liaison, handing duties over to Ethereum Foundation contractor Tim Beiko, as work on Ethereum 2.0 continued. At the time, he said he wanted to allow others to be in the spotlight while exploring new opportunities within the foundation.

Jameson plans to continue working on Ethereum in an informal capacity. He’s a member of the Ethereum Cat Herders, a group that envisions itself as the blockchain’s “support desk” and works to foster participation in the ecosystem.