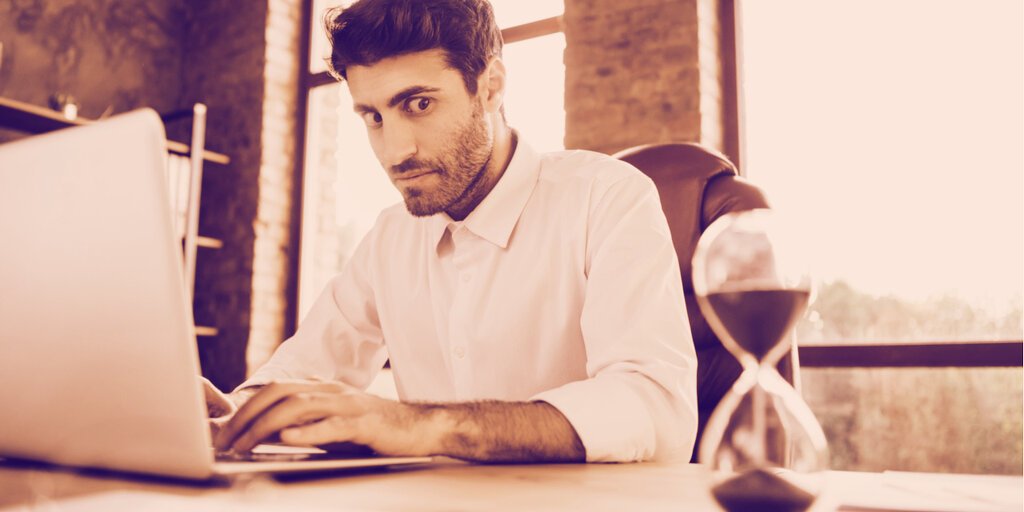 On Thursday, the Ethereum network is getting an upgrade as five Ethereum Improvement Proposals get incorporated into the blockchain’s code.

The most-talked about change is EIP-1559. That proposal does a number of things in a bid to stop transactions from building up on the sluggish network—and make it clearer to Ethereum users how much they must pay in “gas” fees to push their transactions through in a timely manner.

For months, Ethereum users have been looking to this upgrade to boost ETH prices, make fees (slightly) lower, and take the guessing game out of transactions. But the upgrade is massive enough that many warn that it won’t be a straight shot from point A to point B. Developers will be on the lookout for any hitches to the network’s consensus mechanism, while users will double-check the price of every transaction.

EIP-1559’s mechanism for reducing congestion is doubling the capacity of each block that’s added to the chain. In addition, it replaces the current auction-based fee structure with an automated base fee. That should help alleviate the plague of failed transactions, which can cost users of NFT platforms and decentralized lending and exchange protocols built on Ethereum thousands of dollars for underestimating the gas they would need.

The upshot, wrote Ethereum Foundation developer Tim Beiko: “As long as a transaction is sent with a fee higher than the BASE FEE and includes a tip for the miner, it will be included in the next handful of blocks.”

What’s in the Ethereum London Hard Fork Beyond EIP-1559?

The contentious part about EIP-1559 is where that base fee goes. It’s not to the miners processing transactions. It’s burned, meaning the rate at which ETH supply is growing will slow. While each mined block will still fetch a miner 2 newly minted ETH, the network will also take a fraction of an ETH out of circulation. In cases of high congestion, more ETH will be burned than are being created.

The deflationary pressure should be good for investors who are long Ethereum. The less of something there is, the higher price it should be able to fetch.

But there are reasons to be skeptical of EIP-1559’s effect, especially in the short term.

For starters, as those who have helped coordinate the upgrade have stated, “It was an incredibly complex change, the largest done on Ethereum mainnet to date, which will improve both the user experience and economics of the entire network.”

Moreover, the implementation of the previous, less-complex Berlin upgrade, led to a consensus error that took 12% of all Ethereum nodes—the computers that help run the network—offline shortly after it was implemented.

Is there any chance this update could falter, whether that’s a coding error or something else?

“As for how likely it is to work as intended, I’d say it would be very unlikely for it not to,” he told Decrypt. “We’ve had both technical and economic audits of the EIP, have done extensive testing and have seen it work as intended both on Ethereum testnets and other blockchains.”

Over the past day or so, I've received a bunch of questions/seen concerns about London activating for miners, so hoping to clear a few things out here

The testnets are a vital process for working out the kinks. For instance, in late July developers discovered an issue with Go Ethereum where an invalid transaction was somehow included in the block on some clients, which connect to the network. It has since been resolved; the testnet worked as intended in avoiding a problem before it got to the main network.

Jamie Pitts, a member of the technically-minded Fellowship of Ethereum Magicians, suggested that, though bugs can be fixed, this type of economic change is hard to test. “What can’t be easily modeled—what users will do, what happens with changes in price, complex feedback dynamics, etc—may be what surprises us all tomorrow,” he told Decrypt.

Pitts said a lot of the burden in the short-term will fall upon wallet teams such as MyCrypto—”this is where the DeFi and NFT users are dealing with gas prices in order to submit [transactions].” If there are any hiccups, such as a sudden increase in gas prices or network congestion, they’ll be helping people troubleshoot.

Monahan admits her team isn’t quite sure which direction things will go. “The uncertainty around the hard fork in general is likely putting downward pressure on the market right now,” she said. “If the hard fork occurs and everyone thrives, that pressure should alleviate in the weeks following the fork.”

But an upward price surge, which some expect to occur, could actually make things difficult.

“For example, if we break $3000 or $4000 in the next week, trying to determine what fee you need to send will likely be miserable, chaotic hell,” she said. “This is [because] EIP-1559 reverts to (essentially) the current system during periods of increasing network congestion, except everything is now different and the carefully honed tools you once used to determine a good gas price will need to be re-honed.”

In general, then, no one is warning that the sky is falling. Scattered showers, however, are a possibility.