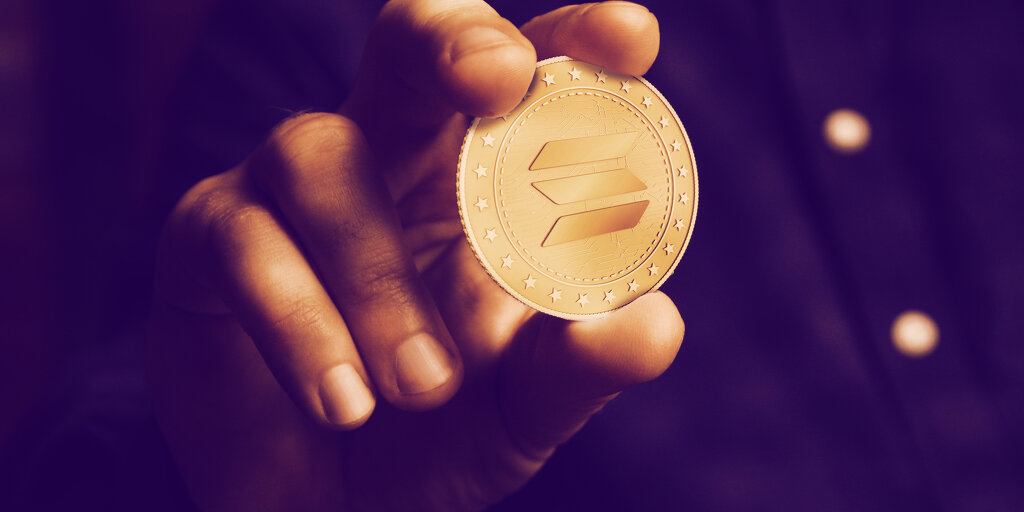 Solana’s late summer surge was interrupted by September’s network outage, which appeared to slow the smart contract platform’s upward momentum. But with the overall crypto market on the rise, Solana is rising rapidly again—and has set a new peak price.

Today, Solana’s native SOL cryptocurrency hit a new all-time high price above $219, per CoinGecko, which is a step up from the previous peak above $213. While only a modest uptick from the previous high, it suggests that Solana’s upswing is back in action following the recent downturn.

Solana’s price is up nearly 36% over the last week, and has risen about 57% over the past 30 days. Over the weekend, SOL’s market cap flipped that of XRP to become the sixth-largest cryptocurrency on the market, repeating a short-lived move from early September.

The wider cryptocurrency market has been on the rise recently, with Bitcoin setting a new all-time high of nearly $67,277 last week and Ethereum setting its own new peak of $4,361 per data from CoinGecko.

According to the site, the total cryptocurrency market cap is currently $2.75 trillion, which is close to the all-time high set last week near $2.77 billion.

Solana’s ecosystem activity has accelerated over the last three months. Decentralized finance protocols on the platform, which allow for person-to-person borrowing, lending and trading, have grown of late, with more than $13.9 billion worth of assets locked in Solana DeFi protocols per data from DeFiLlama—a new peak for the platform.

Similarly, NFT activity on Solana has picked up of late, with an estimated market cap of $910 million per Solanalysis, and more than $64 million of trading volume over the last week.

NFTs are tokens that function as a proof-of-ownership receipt over digital items on a blockchain. The NFT market recently saw a high-profile entrant as FTX US launched its own marketplace initially focused on Solana NFTs. FTX’s stance on not listing NFT collections that provide royalties from secondary sales to other holders has had a ripple effect in the space, as several projects have canceled or changed their plans to provide ongoing crypto rewards to NFT holders.

Solana saw a vast increase in value throughout August and into September, rising from a price of about $35 on August 1 to the previous high of $213 early last month. The network was down for more than 17 hours beginning on September 14 due to what the Solana Foundation billed as a “denial of service attack” following a flood of transactions.