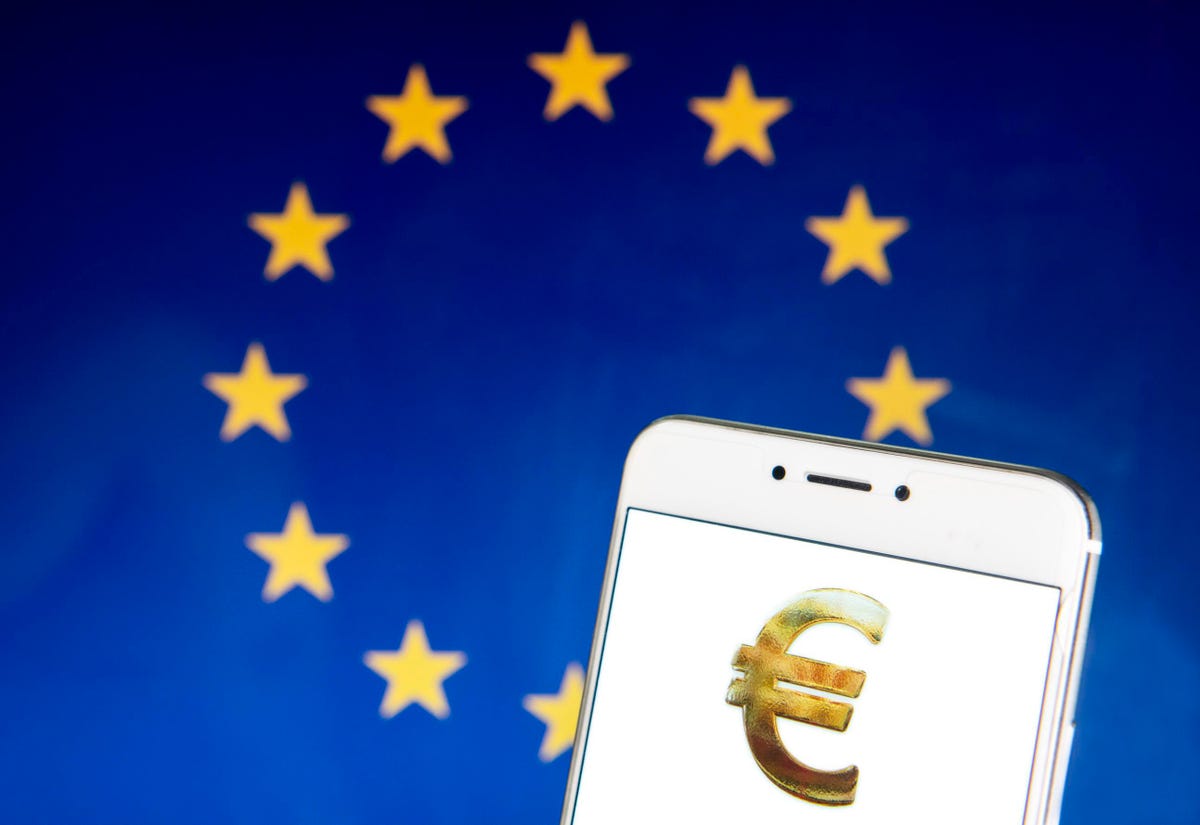 HONG KONG – 2019/04/21: In this photo illustration a currency of the states of the European Union, … [+] EURO, icon is seen on an Android mobile device with the European Union flag in the background. (Photo Illustration by Budrul Chukrut/SOPA Images/LightRocket via Getty Images)

Today, the Governing Council of the European Central Bank (ECB) is launching the investigation phase of a digital euro project, a significant step that could lead to the issuance of a central bank digital currency (CBDC) in the Eurozone. The announcement follows the publication of an exploratory report on the findings of a ECB digital euro task force in October 2020, as well as other successful trials.

Wednesday’s announcement marks the beginning of a two year investigation process, during which time the central bank will work to develop a functional CBDC design while also addressing questions related to its impact on monetary policy, financial stability, and illicit activity. It will also evaluate necessary changes to the European Union legislative framework.

“It has been nine months since we published our report on a digital euro. In that time, we have carried out further analysis, sought input from citizens and professionals, and conducted some experiments, with encouraging results,” ECB President Christine Lagarde said. “All of this has led us to decide to move up a gear and start the digital euro project.”

A digital euro would have a substantial impact on the European and global economy. The euro is the second most-traded currency after the U.S. dollar and is the official currency of 19 of the 27 members of the European Union, with over 26 billion euro banknotes in circulation as of May 2021. Still, the ECB emphasized that a digital euro would complement cash, not replace it.

That said, competition is growing around the world. In 2020 the Bahamas launched the first CBDC, the Sand Dollar. Additionally, the People’s Bank of China has been working towards a digital yuan since 2014 and is conducting one of the most advanced programs in the world. The nation is already running real-world trials and announced earlier this week that 10 million people have been made eligible to participate in retail digital yuan trials.

Much like central bankers and policymakers in the US, Lagarde has not felt a sense of urgency to be the first major economy to launch a CBDC, but it is clear that she also recognizes one as the future of Europe’s payments system.

“Our work aims to ensure that in the digital age citizens and firms continue to have access to the safest form of money, central bank money,” Lagarde said.