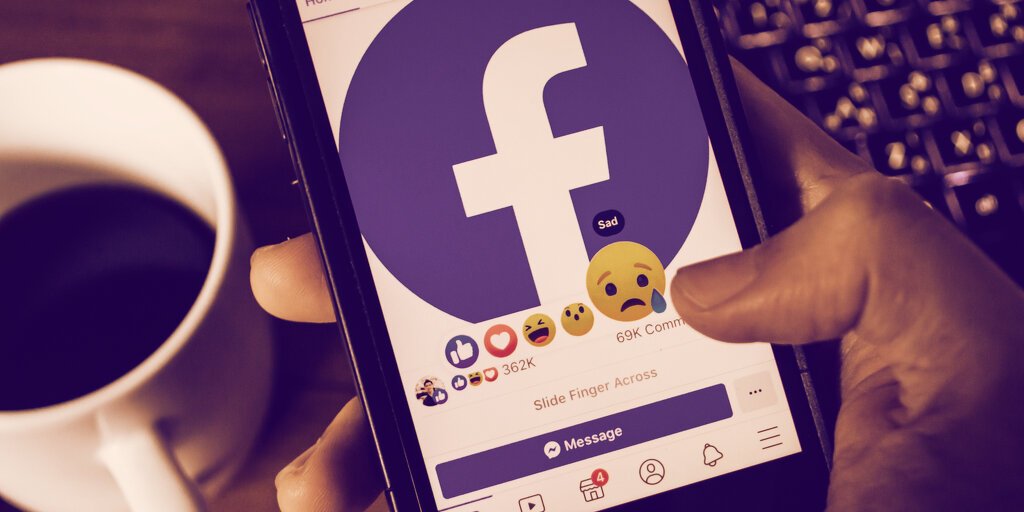 Facebook and its owned services Instagram, Messenger, and WhatsApp have all been down for several hours. Advocates of blockchain technology and crypto are calling for decentralized alternatives.

Facebook and related services such as Instagram, WhatsApp, Messenger, and Oculus have all been down for several hours today as of this writing, with the social media giant citing “networking issues” behind the global, widespread outages.

Reports suggest that the outages are tied to DNS issues, with cybersecurity reporter Brian Krebs writing that DNS records were “withdrawn this morning from the global routing tables.” Other reports suggest that Facebook is attempting to manually restart servers, and that employees haven’t been able to enter buildings due to widespread service disruption.

Services are only now starting to come back online, The Verge reports, but it could take hours before global access is restored across all of Facebook’s apps.

It’s one of Facebook’s worst outages to date, affecting the social network’s 2.89 billion global users, as well as those who use its related services. In 2019, Facebook weathered a 14-hour outage, while an outage back in 2008—when the service had just 150 million users—lasted for about a day.

For advocates of blockchain and decentralized networks, today’s outage is the latest prominent example of how centralized systems can fail on a massive scale. Blockchain offers a potential alternative to such centralized models, with distributed, user-run networks that lack a single point of failure and are censorship-resistant to boot.

Blockchain builders, Bitcoin enthusiasts, and decentralization advocates have used the occasion to prod Facebook and centralized (or “Web2”) systems across Twitter—which has largely remained online amidst Facebook’s issues—and via emailed statements.

“Today’s total collapse of Facebook and Instagram, among other apps, illustrates the problem with centralization,” said Unstoppable Domains founder and CEO Matthew Gould, via email. “On the decentralized web, or Web 3.0, it would make it easier for users to port their data and contacts over to other services, as they wouldn’t be dependent on Facebook or a Facebook login to contact their friends and family or use their favorite apps.”

“While this appears to be DNS-related, it should remind everyone why we need a more open, decentralized, and inclusive internet—free from disruptions and with strong defenses,” tweeted digital rights advocacy group Access Now. “Globally, many people experience the devastating effects of internet shutdowns first-hand.”

Meanwhile, many Bitcoin fans are reveling in the realization that the leading cryptocurrency currently has a larger market cap than Facebook, due to its sinking stock price. Bitcoin’s market cap sits around $925 billion as of this writing, while Facebook’s cap is just under $920 billion, with its stock price down nearly 5% on the day.

Not only is Bitcoin currently worth more collectively than Facebook, but it also “has better uptime,” writes Jameson Lopp, co-founder and Chief Technical Officer of Bitcoin security firm Casa and an outspoken Bitcoin maximalist.

Decentralized social networks are a hot topic in the blockchain space, with services like Mastodon and Minds touting millions of users apiece compared to massively larger centralized services like Facebook and Twitter. Meanwhile, decentralized finance (DeFi) protocol Aave is working on an Ethereum-based rival to Twitter, with plans to launch this year.

Even Twitter sees a future in the space: the service is funding a “Blue Sky” team focused on developing a decentralized social media protocol, and CEO Jack Dorsey is one of the most prominent Bitcoin backers around. Under his stead, Twitter recently implemented Bitcoin-based tipping, and will soon allow Ethereum-based NFT holders to verify their profile pictures.