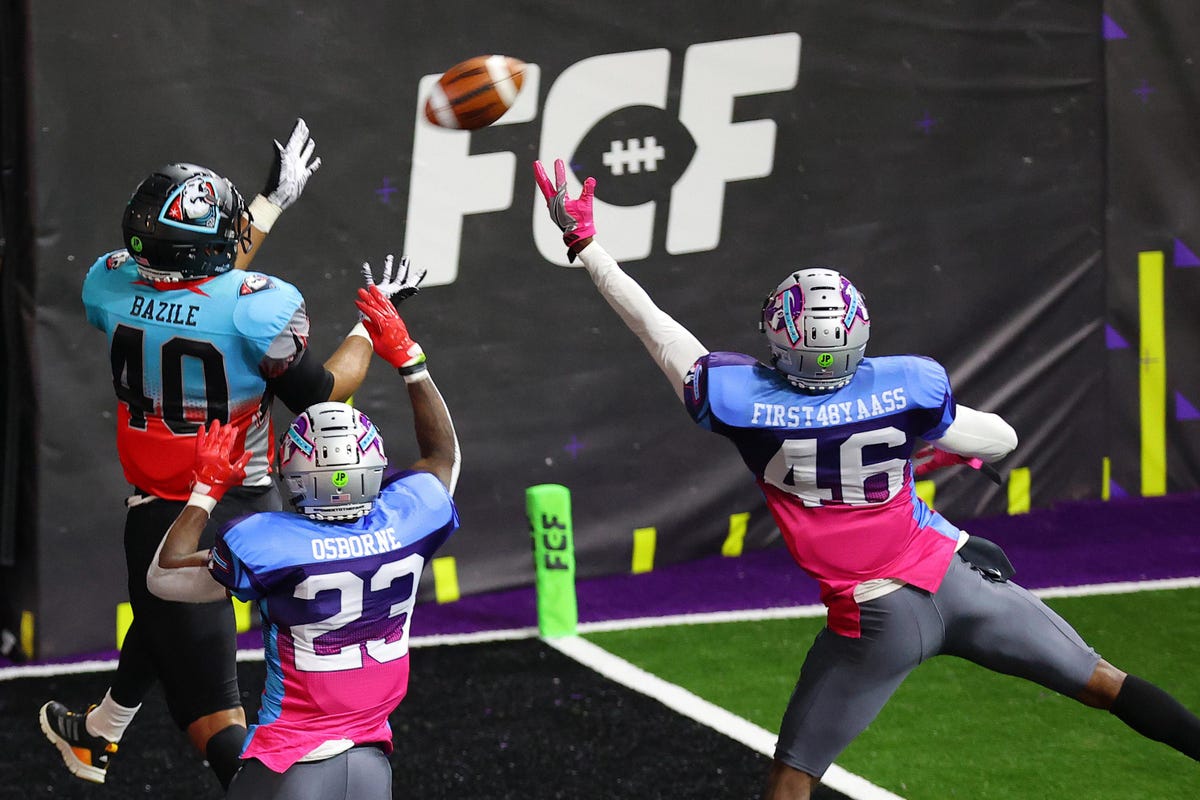 As a child growing up in the 1980s and 1990s, Sohrob Farudi was a diehard Dallas Cowboys fan. He also enjoyed playing sports and video games and participating in fantasy football, just like many kids his age. As Farudi got older, he became fascinated by finance and technology and dreamed of somehow combining his passions.

Farudi did just that when he and three others founded Fan Controlled Football, or FCF, a 7-on-7 league that debuted last year and features former high school, college and professional players competing on a 50-yard field. Fans have a major influence, including drafting the teams, calling offensive plays during games and even owning parts of the franchises.

Today, FCF is announcing it has completed a $40 million Series A funding round led by Animoca Brands and Delphi Digital, both venture capital firms that specialize in cryptocurrency investments.

The capital will allow FCF to operate for two more seasons, according to Farudi, who mentioned the league is not profitable but hopes to break even by the end of 2023. The league held its first season early last year with four teams, and its second season will begin on April 16 with eight teams. The four new franchises will be led by cryptocurrency groups, and fans will have a chance to buy an FCF-branded non-fungible token that will allow them to draft teams, call plays and make other decisions.

FCF’s origin story began in 2015 when Farudi, Patrick Dees, Ray Austin and Grant Cohen bought an expansion franchise in the professional Indoor Football League. Farudi and Dees had previously worked together at Flipswap Inc., a platform for buying and selling mobile phones. Austin was a former NFL player, actor, model and entrepreneur, while Cohen had primarily worked as an executive and founder in the mobile marketing and advertising industries.

The IFL allowed Farudi and his partners to have fans vote on the location of the franchise, ultimately deciding to have it in Salt Lake City, Utah. The group built a mobile app, too, and had fans draft players, pick the coach and call all of the offensive plays.

The team, the Salt Lake Screaming Eagles, debuted in 2017 and went 5-11, finishing with the seventh-best record in the 10-team league. At the time, Farudi and his partners wanted to license the technology to other teams and transform the Indoor Football League to the Interactive Football League, where all teams would follow the Salt Lake model rather than the traditional method where the front office and coaches made all the decisions.

“What we ran into was we were a little bit of a square peg in a round hole,” Farudi said. “The IFL was fantastic. We loved them for giving us the opportunity to come in and try this. I think we wanted to make a lot of changes to the game, wanted to shorten the game, change rules.”

He added: “There were owners that were open to it. There were other owners that wanted to take it slowly. We just felt there was a huge opportunity for us to build this and build it the right way. If we couldn’t do it our way (in the IFL), we were going to do it on our own.”

And so, the Screaming Eagles lasted only one season in the IFL, as Farudi and his group decided to launch its own league, which eventually became known as Fan Controlled Football.

FCF raised a total of $3 million from angel investors and in a pre-seed round before closing on a $12 million seed round in the summer of 2020.

The league held its inaugural season last year in a bubble environment with no fans in the Infinite Energy Arena in the Atlanta suburb of Duluth, Ga. The four teams each had celebrity co-owners, including former NFL star Marshawn Lynch, current NFL players Richard Sherman, Austin Ekeler and Dalvin Cook and former WNBA point guard Renee Montgomery, who also owns a stake in the WNBA’s Atlanta Dream franchise. Former NFL players Johnny Manziel and Josh Gordon were among the players who competed last year.

Fans who registered on the FCF website or app could choose the rosters for the teams and decide which plays they would run during games. Before each snap, fans would have 15 seconds to choose among four pass plays and two run plays. The play that received the most votes was then relayed to the quarterback, who had an earpiece in his helmet.

Fans also could own a stake in the teams via the Republic investing platform for as little as $150. The league plans to launch a follow-up offering on Republic in March or April, as well.

The FCF has real players, many of whom played in college, but the on-field product is different from the NFL and other professional leagues. Besides the 7-on-7 format and 50-yard field, other differences include the games only last about 70 to 90 minutes and the league does not allow kicking. That means there are no kickoffs, field goals, punts or extra points. After a touchdown, the conversion consists of a wide receiver lining up against a defensive back in a one-on-one matchup on the five-yard line (for a potential 1 point) or on the 10-yard line (for 2 points). The quarterback then must throw the ball within three seconds.

Players are paid on a weekly basis. They also can receive bonuses for the best touchdown celebrations, best interviews and other quirky superlatives.

“We’re really trying to build the entertainment value of sports,” Farudi said. “We take football really seriously in between the lines, but we don’t take ourselves too seriously outside of the lines because we want it to be fun.”

The second season will have most of the same rules as the first, but the FCF has implemented some changes, most notably doubling the size of the league. The owners of the four new teams are all related to the cryptocurrency community, including musician and producer Steve Aoki and leaders of two crypto groups known as the Bored Ape Yacht Club and Gutter Cat Gang.

The FCF later this month will launch 8,888 NFTs related to each of those four new franchises. People who purchase the NFTs will become fans of the teams and have a chance to draft players, choose plays and receive other perks.

“There’s a ton of overlap of crypto enthusiasts and sports fans,” said Mercedes Bent, a partner with Lightspeed Venture Partners, a Menlo Park, Calif., venture capital firm that led the FCF’s seed round and participated in the Series A round. “It’s definitely a big Venn diagram overlap. I think (the FCF founders) recognized that early. Any sports product wants fanatics, and there’s crypto fanatics and there’s sports fanatics and I think the functionality of an NFT will be a really great way to create a different pathway into these communities.”

About 60 percent of the players who participated last year have already committed to compete again this year, according to Farudi. Since last month, the FCF has had three tryout camps that attracted hundreds of players, and it is holding two more next month in Orlando, Fla., and Atlanta. The FCF expects a total of 160 to 180 players will participate in the league this season.

The games will be held on nine consecutive Saturdays beginning on April 16, with seven regular season weeks, followed by the semifinals and championship. They will all take place at an undisclosed venue in Atlanta that the FCF is retrofitting for its purposes and can accommodate 2,500 fans.

The games will be broadcast in the United States on the NBCLX cable channel and the Peacock and Twitch streaming services. The league also has an international deal with the DAZN streaming service in 200 other countries and territories.

Farudi acknowledges that other professional football leagues such as the XFL, Professional Spring Football League and Alliance of American Football did not last long, making it a difficult proposition for longtime survival. Still, he noted the FCF keeps its costs down with low overheard, a centralized league and one location. It is also willing to embrace change such as offering NFTs, adopting to new rules and other modifications that could enhance the product.

“We are experimenting,” Farudi said. “We don’t know exactly what’s going to work and what’s not going to work. But we don’t have a player’s union. We don’t have 30 owners around the table telling us no. We have one agenda. Our agenda is to be successful. We’re going to experiment to the nth degree to figure out what works and what fans love.”