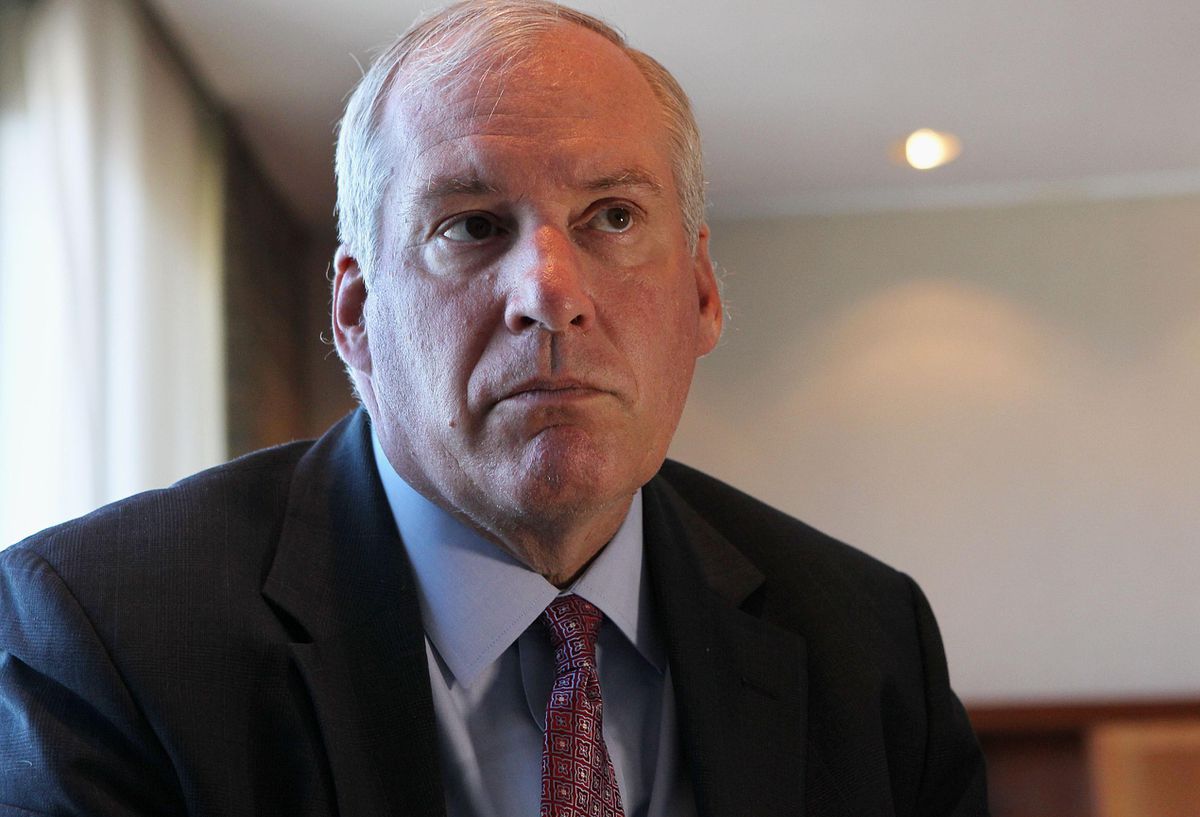 Bitcoin’s blistering surge to a staggering $1 trillion total value over recent months has taken many by surprise.

The bitcoin price, up around 350% since its bull run began in October, reached highs of almost $60,000 per bitcoin over the weekend before dropping to around $50,000 on Monday.

As the bitcoin price swings wildly, the president of the Federal Reserve Bank of Boston has revealed his surprise at bitcoin’s continued success.

“Personally, I’ve been surprised that bitcoin has continued to flourish,” Eric Rosengren, the president of the Federal Reserve Bank of Boston, said in an interview with The New York Times late last week, adding that he expects bitcoin prices to “come under pressure” eventually.

Rosengren pointed to the development of central bank digital currencies, such as the digital yuan being trialed in China, as potentially weighing on the price of bitcoin and similar cryptocurrencies in the future.

“I would suspect, down the road, that a number of central banks will have digital currency,” he said. “When there is a digital currency available, other than the underground economy, it’s not clear why people would use bitcoin.”

Rosengren made his bitcoin price warning ahead of bitcoin’s 10% Monday drop.

The bitcoin price is up around 400% over the last 12 months even after yesterday’s drop.

However, the recent bitcoin price volatility has been dismissed by many crypto market watchers.

“[The] price movement may galvanize bitcoin’s many critics, including those who recently dismissed the leading cryptocurrency as an economic sideshow,” Paolo Ardoino, chief technology officer at bitcoin and cryptocurrency exchange Bitfinex, said in emailed comments.

“Such criticism misses the point and the profound impact it is starting to have. For many of the battle-tested exchanges that have weathered the market fluctuations, volatility isn’t new and is to be expected in such a young market.”