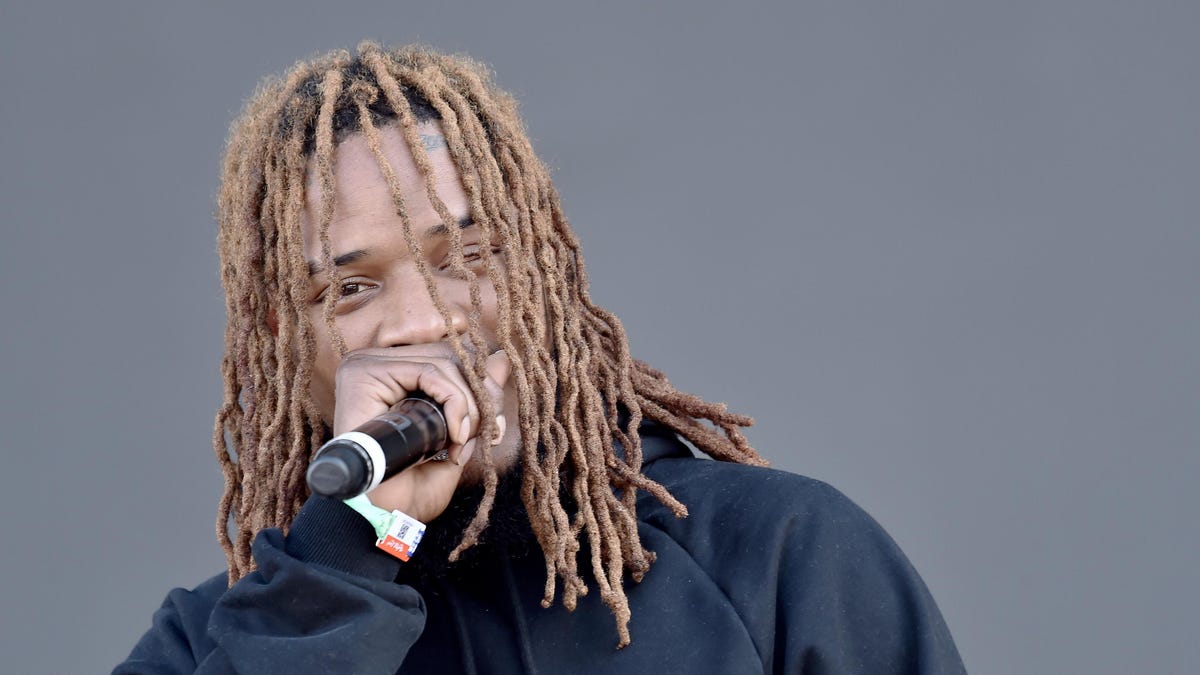 The artist recently partnered up with social media entrepreneur Branden Hampton, the mind behind popular Instagram accounts like @Money and @Marijuana, to launch GROW.HOUSE, a crypto-generating cannabis farming game.

Think of GROW.HOUSE like a sort of Farmville for weed, but hosted on the blockchain and merged with NTFs. In other words: GROW.HOUSE seeks to educate users about cannabis, cryptocurrencies and decentralized finance (DeFi) in a gamified form. The app features a metaverse (or digital universe) where people can grow cannabis and make money (crypto) off it.

“Honestly, I’d never heard of the crypto world in the cannabis world going together before this,” Fetty utters during an exclusive interview.

“In this game you are digitally growing cannabis, harvesting it, selling it. It’s serious. And there’s real money involved: the GROW Token.”

And he goes on: “Within the game, you’ve got communities: you can join a community or you can start a community. You can buy a plot of land and invite your friends. Now, you guys are growing together. You can even cross-breed plants, and get very rare flowers that are worth more than the others and even make your plot more valuable.”

MORE FROM FORBESSnow Tha Product On Blowing Up And Taking It In: Bizarrap, Persistence, Weed And The Path To SuccessBy Javier Hasse

GROW.HOUSE was inspired by a future where users can all live, play, and make a living in the metaverse. Built on Polygon/Matic (Ethereum Layer 2), the platform is faster and cheaper than many similar ones.

GROW.HOUSE’s IDO is listed on BSCPad, Pancakeswap, and through ZeroGravity Launchpad.

Fetty is a long-time cannabis fan.

Although at first he didn’t enjoy it (he remembers his first time as a “really, really weird experience”), he quickly got the hang of it.

“Nowadays, honestly, that’s my personal time; that’s my me time,” he declares. “I use cannabis, but I don’t abuse it anymore. I don’t think I have to smoke to do certain things. I’m on a natural high all the time now.”

Cannabis also comes in handy when Fetty is in the studio: “Cannabis plays a really big part in my music nowadays. But I’ve learned how to learn how to use it just for what I want and not for what I need.”

His upcoming album is still unnamed but the artist promises it’ll be fire.

“I want it to really mean something. “It’s gonna be the classic Fetty Wap; fans will love it,” he adds.

Beyond recreation and creation, Fetty uses cannabis for medical reasons. In fact, the rapper has been medicating with the plant for over a decade.

Fetty was born with glaucoma, and ultimately lost an eye because of it.

Interestingly, “Several clinical studies have found that cannabinoids or marijuana reduce intraocular pressure (IOP) as well as do most conventional glaucoma medications,” a book titled “Marijuana as Medicine? The Science Beyond the Controversy” explains.

And Fetty goes on: “Multiple doctors have suggested I use cannabis to treat my glaucoma. Every now and then I do have times where there’s a lot of built up pressure. It really feels like somebody’s just like knocking on your face. And when you smoke, it’s just like magic.

“It really does work. And for the people that don’t smoke or can’t smoke, they have CBD and other stuff. I really believe that if I stopped smoking I’d go blind.

“Weed has been around forever. So it’s been helping people forever. Doctors have known this forever,” he asserts.

Lighting Up With Uncle Snoop

If you’ve ever asked someone who they’d like to smoke a joint with, chances are they responded either Bob Marley or Snoop Dogg. It’s a dream many cannabis enthusiasts share. And one Fetty has been able to fulfill.

He invited us to his studio. It was like four studios and one studio; and one of them was like the battleshi, the mother, it was crazy. He had this full Lakers court, and poker room, a gamblig room… And when we got in the studio, he pulled out four tray. Each had a hundred blunts or a hundred joints or a hundred Backwoods.

And he said, what’s are you smoking, nephew?

I said: I smoke Backwoods.

And he said: Ok, that’s what we’re smoking.

We smoked two tways of Backwoods, two hundred blunds. Everybody else passed out — and this is a true story, it was just me, him, and the engineer. We finished the song around four o’clock in the morning. And I went home and I didn’t wake up till 4:00 in the afternoon. I was high as f*ck that day, the highest I’ve ever been in my whole life.

That was the best joint of my life. I smoked with my smoking idol.