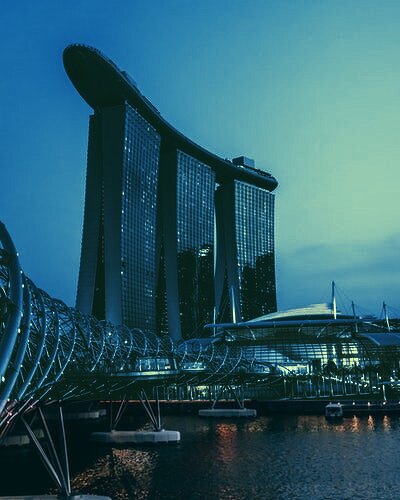 Cryptocurrency ATMs are shutting down across Singapore after the Monetary Authority of Singapore (MAS)—the city-state’s financial services regulator— announced a crackdown on crypto-related advertising, per Bloomberg.

Crypto ATMs make it easy for people to buy Bitcoin—or other cryptocurrencies, which concerns the regulator.

“Providing in-person access to DPT [cryptocurrency] services in public areas through the use of automated teller machines (ATMs) is a form of promotion of DPT services to the public. Such convenient access may mislead the public to trade in DPTs on impulse, without considering the risks of trading in DPTs,” the regulator said in recently published guidelines.

ATM closures are just part of a wider crypto-crackdown taking place in Singapore.

Earlier this week, the MAS also told crypto companies to stop advertising their products to the public.

The regulator said crypto companies “should not portray the trading of DPTs [digital payment tokens] in a manner that trivializes the high risks of trading in DPTs, and should not promote their DPT services in public areas in Singapore or through any other media directed at the general public in Singapore.”

This halt includes ATMs, but it also means that crypto companies operating in Singapore can no longer engage with third parties like social media influencers nor promote their services anywhere other than their own website, apps, or official social media accounts.

This year’s hardline policy follows last year’s confrontation between the MAS and crypto exchange Binance—which has been looking for a headquarters ever since CEO Changpeng Zhao admitted it was necessary to satisfy regulators around the world.

In August, the MAS said Binance was not licensed in Singapore (although it was going through the necessary application process).

By December, Binance withdrew its application for a license.