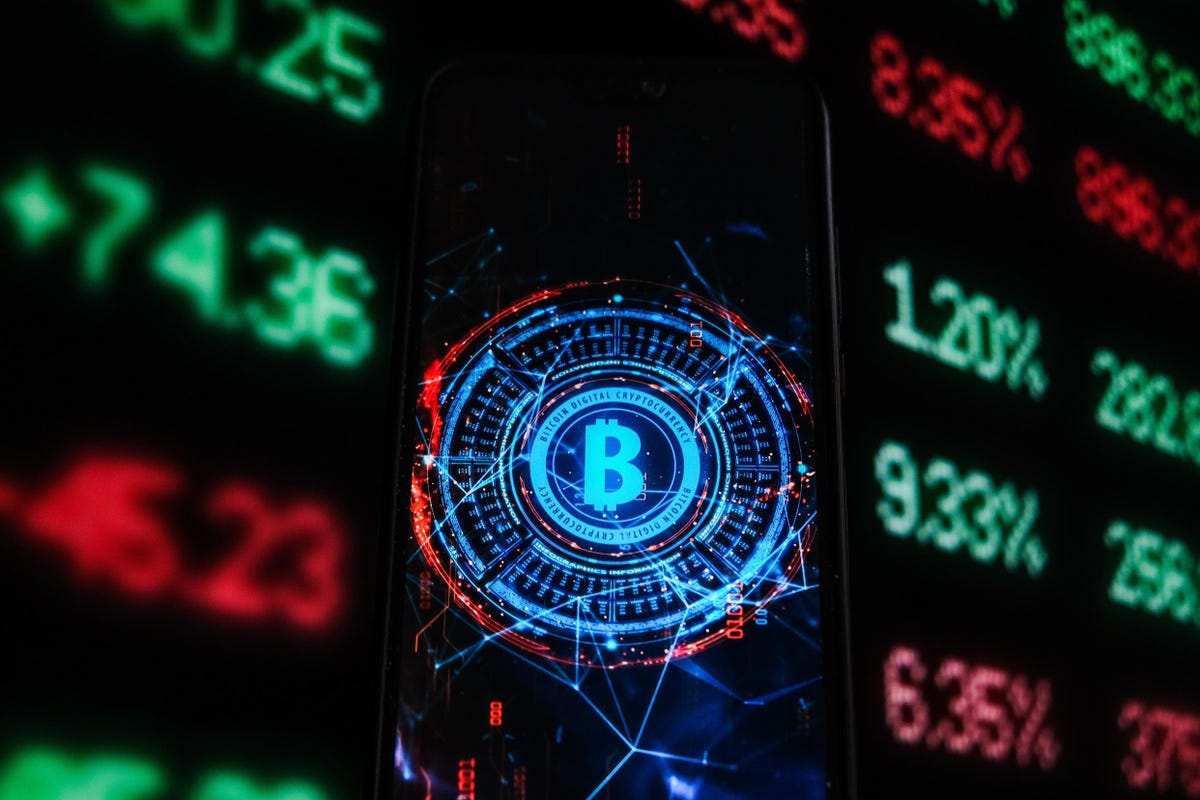 The price of bitcoin and other major cryptocurrencies have failed to make gains over the last month—though have made a strong start to October.

Don’t miss: What (or who) is driving the crypto market in 2021 and beyond? Tune in to Forbes’ free Crypto Codex Live webcast on October 14 at 2:00pm EDT and get ahead of the market

The bitcoin price has treaded water since this time last month, while the ethereum price has lost almost 15%. Ethereum rivals cardano and Binance’s BNB—now the third and fourth biggest cryptocurrencies after huge rallies this year—have lost 25% and 12% respectively since early September.

As the price of bitcoin and other major cryptocurrencies flatlines, OMG, the native token of the ethereum-scaling OMG network, has soared to highs not seen since early 2018—up almost 150% since early September.

The bitcoin price has trended downward over the last month, along with the price of ethereum, … [+] cardano, Binance’s BNB and Ripple’s XRP.

The OMG price surged along with the wider bitcoin and crypto market earlier this year, peaking at just over $13 as it was listed on major U.S. crypto exchange Coinbase. It subsequently crashed to around $3 but has surged back in recent months, climbing to over $18 last night.

“OMG’s rise seems to be on investor excitement in [layer-twos] and on the announcement of the mainnet launch of boba network, [a layer-two] optimistic rollup, as OMG token holders are eligible for an upcoming airdrop of the boba governance token,” Martin Gaspar, a research analyst at digital currency platform CrossTower, told Coindesk.

In June, OMG rebranded as part of its layer-two pivot toward layer-two and has teamed up with the enya and boba networks, planning on reducing ethereum’s eye-watering gas fees, improving transaction speeds and expanding its smart contract functionality.

The price of OMG coins have added almost 150% during the last 30 days even as the bitcoin price … [+] slides—weighed down by struggling ethereum, cardano, BNB and XRP prices.

Other ethereum-focused layer-two projects have also seen a surge in interest in recent weeks, though polygon’s soaring number of active addresses has failed to so far result in a price rise for its matic coin.

“Data form Etherscan shows that the number of active addresses on polygon has grown by 168% in the past 30 days, while ethereum’s count has gone up by a measly 0.6%. This surge in adoption is mainly down to NFTs and gaming and may result in an increase in price for the native token, matic, in the short term.”