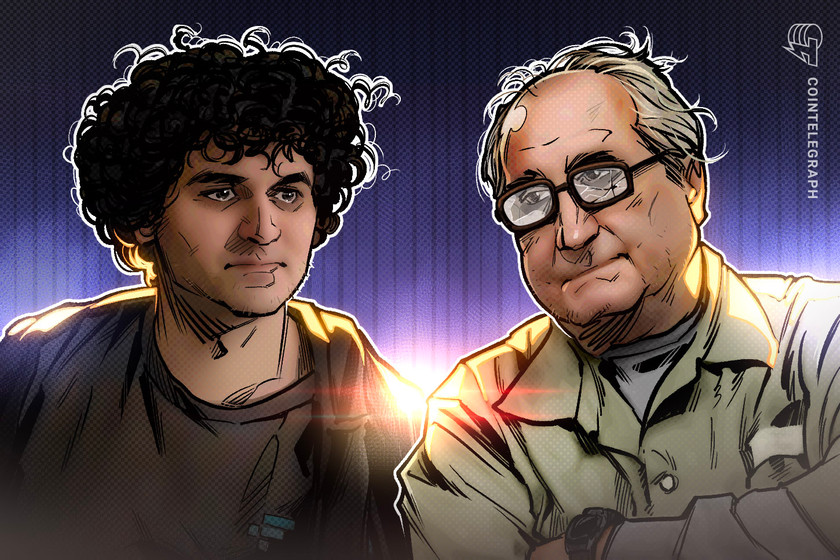 Long before Bitcoin (BTC), Bernie Madoff sat atop the longest-running, largest fraud in history. The rise and real-time fall of Sam “SBF” Bankman-Fried, former CEO of crypto exchange FTX, were expedited in comparison. While the similarities are profound, the storyline is not: Create organizations under false pretenses, develop relationships with people in authority positions, defraud clients, survive as long as possible, and try not to get caught.

Madoff advisers experienced a “liquidity” problem in 2008, around late November into early December, where the fund was unable to meet client redemption requests. On its surface, the fourth-quarter timing of the Madoff collapse more than a decade ago appears eerily similar to FTX’s 2022 implosion. Bitcoiners who hold their keys will never experience a “liquidity problem,” as their Bitcoin isn’t being used to leverage anything else. It is the hardest money around as long as it stays in the custody of its rightful owner.

Even near the collapse, Madoff had planned to pay out $173 million in early bonuses to family and friends. When questioned by his sons on Dec. 9, 2008, Madoff confessed to the massive fraud. The numbers, in many instances, are fractions of the fraud FTX is accused of. Bitcoin maximalists continue to remind their communities that yield, third-party custodians and humans cannot be trusted. Satoshi Nakamoto’s white paper endures.

Madoff’s sons communicated, almost immediately, with an attorney, who advised them to contact federal authorities. Madoff was arrested on Dec. 11, one day after federal agencies were made aware of the fraud.

Related: The outcome of SBF’s prosecution could determine how the IRS treats your FTX losses

On Nov. 8, Binance CEO Changpeng Zhao announced on Twitter that he tentatively intended to purchase FTX, but he quickly reversed the decision, and a “liquidity” problem ensued at FTX. Bitcoin maximalists either watched idly, shaking their heads in disbelief — knowing it was a matter of time — or simply went on with their lives. Many maximalists might very well have been a part of Mt. Gox, which held approximately 80% of all BTC in circulation at the time it was breached. The “wake-up call” is an unfortunate initiation ritual for some Bitcoiners. FTX will mint many new Bitcoin maximalists.

In December, SBF was arrested in the Bahamas. As authors and researchers, we’re confident that correlations will be immediately identified and explored in regard to the timing of Madoff’s arrest on Dec. 11, 2o08.

To provide some perspective, the longest sentences for recent financial fraud include, in order:

Based on the limited release documents at the time of publication, SBF may have his name included on the top five listed above — even potentially at or near the top. That would be fair considering that, among other allegations, his political donations may have impacted or influenced U.S. political elections.

If and/or when the time comes, SBF may be remembered by a similar numeric value instead of a cheeky three-letter moniker (“SBF”). Time will tell. Remember, Madoff pleaded guilty and still received 150 years, eventually dying while in custody.

Let’s be clear: Not your keys, not your coins.

Stop giving your hard-earned money and Bitcoin to “trusted” third parties. Whether or not SBF spends a day in prison, or multiple lifetimes, the future of SBF means nothing to Bitcoin maximalists. In truth, if SBF walks free, the event will only confirm a greater Ponzi scheme that Bitcoiners are well aware of.

Bitcoin maximalists continue to preach, and events such as the collapse of FTX (among numerous other exchanges) are dire reminders of Nakamoto’s words that kicked off the introduction of Bitcoin’s white paper: “Commerce on the Internet has come to rely almost exclusively on financial institutions serving as trusted third parties. […] While the system works well enough for most transactions, it still suffers from the inherent weaknesses of the trust based model.”

There were and continue to be many lessons to be learned when examining the greed, lack of empathy and overall corruption humans have witnessed throughout history; and as events of this magnitude unfold, at the heart of every failure is trust — or a lack thereof.

Bitcoin’s proof-of-work model — including but not limited to how transactions occur, timestamps are recorded, hash rates adjust, the network broadcasts nodes, incentives are rewarded, verification occurs and privacy is encoded — is the solution many Bitcoiners have come to take comfort in. The trust lies in the protocol rather than in individuals. Time and time again, a broken world and unscrupulous actors make the case for a trustless system.

Related: From the NY Times to WaPo, the media is fawning over Bankman-Fried

No matter how well-regulated, designed or engineered future financial systems, exchanges or “cryptocurrencies” claim to be, they all have the same failure point: human nature and greed.

Bitcoiners realize this, and as many more become aware of financial fraud — whether impacted directly or indirectly — Bitcoin continues to emerge as the most obvious solution. SBF may teach a new generation of “investors” the same hard lesson learned by their parents: When something is too good to be true, it often is.

The failure of FTX is not a surprise, nor are the potential connections between SBF and high-ranking officials. The fact that punishments may not fit the crime(s) shouldn’t come as a surprise, either. In truth, maximalists realize that Bitcoin will be around long after the SBF dust has settled. Bring on the next Ponzi scheme — Bitcoin maximalists appear immune.

Dr. Riste Simnjanovski is a professor of public administration at California Baptist University. He obtained his doctoral degree from the University of La Verne.

This article is for general information purposes and is not intended to be and should not be taken as legal or investment advice. The views, thoughts and opinions expressed here are the author’s alone and do not necessarily reflect or represent the views and opinions of Cointelegraph.