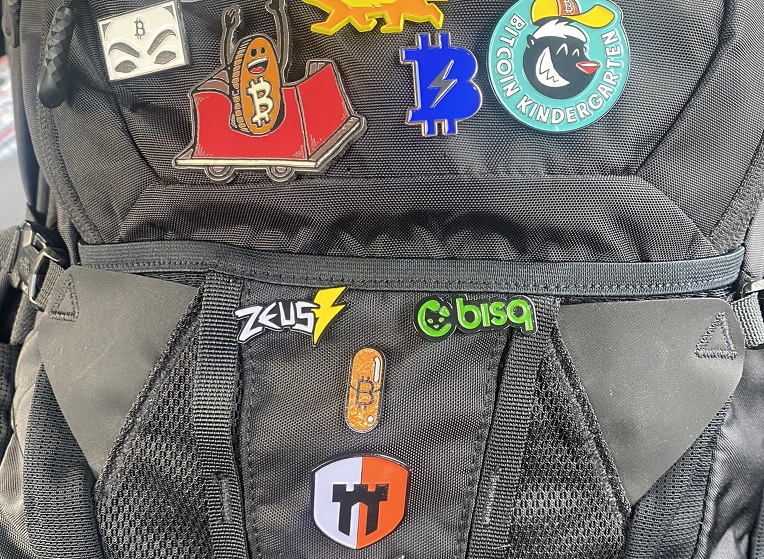 It’s time to close our Bitcoin 2022 coverage with the most fun people of all, the general public. How did they experience bitcoin’s biggest event of the year? What insights did they get? What panels do they recommend? This article is going to be jam-packed with information, interesting opinions, praise, videos, and pictures. Get some coffee and clear your schedule, because we have it all.

We’ve covered the Bitcoin 2022 conference from every possible angle. Except for this one. Our editor reported from the ground, and gave us a look at the art. We covered individual panels in-depth, like this one from Mr. Wonderful and this one from the activists. We even highlighted the good, the bad, and the ugly from the main stage conferences, like this report from day one and this one from day two. And to close the coverage off, we’re turning to Twitter.

Our friends from the Bitcoin Italia Podcast, who we’ve featured extensively in the “From The Ground” section, were offended because there were NFTs of the Miami Bull for sale. Are they right or are they exaggerating? That’s for you to decide.

This man got Saifedean Ammous’ autograph and a cool photo with the Miami Bull.

Thank you @saifedean for signing my books, I couldn’t be happier to spend the money and support your absolutely amazing job. Thank you and keep going. #bitcoin #Bitcoin2022 pic.twitter.com/bHqXfyysFh

James Lavish, a “reformed hedge-fund manager,” has nothing but praise for the bitcoin community. “Having been an institutional investor for over 25 years, and after spending just a few days at Bitcoin 2022, I can confidently say that the network of intelligence in Bitcoin is far superior to that of Wall Street. ”

Having been an institutional investor for over 25 years, and after spending just a few days at #Bitcoin2022, I can confidently say that the network of intelligence in #Bitcoin is far superior to that of Wall Street.

It’s not even close.

In the same vein, Christopher Calicott qualifies bitcoin culture as an “exploring and vibrant philosophical space” and, perhaps exaggerating, says“it feels similar to like what I imagine the Enlightenment might have been like.”

Where is there any more truly exploring and vibrant philosophical space on earth at present than the #Bitcoin space?

A pseudonymous Twitter user recommends one of the talks Bitcoinist didn’t cover. “Best talk by far was War Time Bitcoin. Francis Pouliot  moved me to tears and Giacomo Zucco and Svetski both did an great job of instilling the seriousness of the fight humanity has before it.” The host was Luke Rudkowski and the unmentioned guest was Benjamin Victor.


Best talk by far was War Time Bitcoin. @francispouliot_ moved me to tears and @giacomozucco @GhostofSvetski both did an great job of instilling the seriousness of the fight humanity has before it. Really worth watching

To save you all time, here it is, “Wartime Bitcoin”:

According to CashApp’s Miles Suter, the Building Bitcoin Communities panel “should have been on the main stage at a prime time.” Ok, technically this tweet should’ve been part of the “The Protagonists” post, but hey…

This panel should have been on the main stage at a prime time.

The most incredible group of bitcoiners changing the world. https://t.co/CjyY0TpOTF

Luckily, we looked for it and found it so you don’t have to:

What about all of these pins that the public could get at the conference? Just for that, we all should go next year. We spot Citadel Dispatch, the Zeus wallet, Bisq, Bitcoin Kindergarten and many more.

Here, Chilean artist Florencia Montoya speaks with Buda.com about her pieces. She also illustrated the “Rhyming Bitcoin” book that debuted at the Bitcoin 2022 conference.

The Latina bellydancer known as BriFit shows us the Antbox, a hydro container full of bitcoin miners.

Austrian economist Rahim Taghizadegan’s thread was very informative and summarized the event from a European perspective. Among other things, he said that “The event was no less decadent or wasteful than other mass events of the era. This is not necessarily bad, but another symptom of mainstream adoption. Lots of Nouveau-Riche vibes.”

Impressive how bitcoin adoption is reaching the “mainstream” in the US. Doubling attendance to 25k people during a bear market, famous influencers, highly professional event.

Taghizadegan also said that “The caliber of developers in the US now building on Lightning is impressive” and “Bitcoin mining is growing up into a serious industry in the US; the energy FUD has no basis.” Plus, “The positive mood in the space is quite a relief from the apocalyptic vibes in Europe. Bitcoin is indeed hope.”

Zeus’ Evan Kaloudis qualified the conference as “ELECTRIC” and said, “it was awesome to be able to meet and chat with cypherpunk legends, fresh new plebs, and everyone in between.”

It’s gonna take me a little time to process everything and watch all the talks I missed but I will say it was awesome to be able to meet and chat with cypherpunk legends, fresh new plebs, and everyone in between.

Last time, we finished with the official Bitcoin 2022 summary video. This time, we’ll use “health and wellness coach’s” J Mart vlog to show you all another perspective.

That’s it. Bitcoinist’s coverage of the Bitcoin 2022 conference is officially over. The next one is less than a year away, though. See you all there.

Bitcoinist will be at Bitcoin 2022 Miami in Miami Beach, FL from April 6th through 10th reporting live from the show floor and related events. Check out exclusive coverage from the world’s largest BTC conference here.