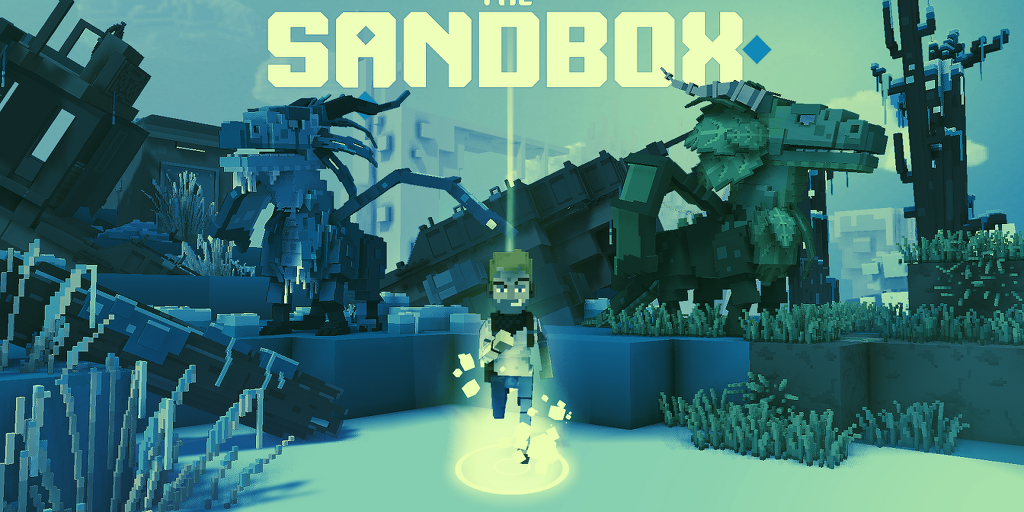 The Sandbox COO Sebastien Borget spoke with Decrypt about the rise of NFT-powered crypto games. He also discussed Facebook’s metaverse plans and the potential “risk” of not offering an open, interoperable alternative.

Gaming has quickly become a significant sector of the maturing NFT industry. Play-to-earn Ethereum game Axie Infinity has generated $3.8 billion worth of trading volume to date, while metaverse games like The Sandbox and Decentraland have benefitted from the increasing hype around digital land.

The studio is sticking to its guns, but smaller studio GSC Game World has canceled plans to add NFTs to its upcoming game S.T.A.L.K.E.R. 2, and gaming chat service Discord—also popular with DAOs and crypto communities—paused plans to integrate crypto wallets following overwhelming backlash from gamers.

Sebastien Borget, co-founder and chief operating officer of The Sandbox, told Decrypt that such friction from players is “inevitable” given the significant shifts that user-owned NFT items and tokenized game economies represent. Creating games around NFTs and crypto tokens, he says, can shake up the game experience by providing monetary benefits to players, enabling them to freely buy and sell fully-owned in-game items, and potentially even use items across multiple games and online platforms.

Still, despite the backlash, Borget believes that crypto gaming adoption from the wider games industry will come rapidly in 2022 following recent successes in the space.

“Every single [game] studio I know of—from the largest, top company to the smallest—will have a product, if not many involving blockchain [in 2022],” he said. “What this will create is the fastest and most adopted business model transition that we’ve ever seen.”

An NFT acts like a deed of ownership for an individual, unique digital item. Such tokens are minted on the immutable ledger of blockchain platforms like Ethereum and Solana, providing provable scarcity and the ability to buy, sell, and transfer such assets.

In the case of games, an NFT can serve as a unique character or avatar, a distinctive weapon design, a plot of virtual land, and more. The Sandbox, a shared world metaverse game, uses NFTs to represent land, avatars, and more. Axie Infinity, meanwhile, casts its colorful monsters as collectible NFTs, along with land plots and other items.

Such NFT assets are truly owned by players and can be sold or traded, and may accrue value over time. That’s a big difference from current games like Fortnite and Roblox, in which players pay real money for virtual currency and then exchange that for digital items—but those items are locked within the game world and cannot be resold. Some Web3 proponents describe it as “renting” the digital items: they still technically belong to the game publisher.

The advent of in-game NFT items and play-to-earn token models isn’t the first business model shift in the gaming industry to face backlash: downloadable content (DLC) and free-to-play game models were also decried at first before eventually becoming industry standards. It can take time to demonstrate potential benefits to an audience that is apprehensive of change.

“Friction from players—yes, it’s expected. Society sometimes evolves not as fast as business models and technology evolve,” said Borget. He suggested that players should not fear a new model of digital item ownership just because they’ve “grown into the old model” and have already invested time and money there.

Borget believes that younger game players, the ones who have grown up in a digital-first world and are used to games fueled by premium add-on content, will embrace NFT-centric games the quickest. “It will just be the norm that anything they own virtually is valuable because they own it, and can transfer it to where they want,” he said.

Meta vs. the metaverse

The Sandbox’s star has risen in recent months, and while part of that may be due to high-profile alliances with Snoop Dogg, The Walking Dead franchise, and other brands and celebrities, another key factor is Facebook’s major metaverse push.

In late October, Facebook demonstrated its vision for the future of the internet: an online metaverse in which users play, work, and socialize in shared 3D spaces using avatars. The company showed CEO Mark Zuckerberg as a cartoonish avatar and suggested potential NFT integration and sales, plus Facebook rebranded its parent company to Meta in the process.

But as a centralized tech giant, many in the crypto community fear that Facebook will attempt to own or dominate the concept of the metaverse, and it’s unclear how open and interoperable its version will be. A recently leaked internal memo suggests Facebook is open to blockchain compatibility, but the firm has yet to make public statements on that front.

Animoca Brands—the parent company of The Sandbox and a major investor in crypto startups—is one of the firms pushing back. Co-founder and Executive Chairman Yat Siu told Decrypt in October that he sees Facebook and Chinese tech firm Tencent as “a threat” to an open, metaverse, and that Animoca is “in a hurry” to fund its interoperable vision.

Meanwhile, in November, Axie Infinity co-founder and Growth Lead Jeff Zirlin said at the NFT BZL conference that Facebook’s Meta play is a “battle for the future of the internet,” and that centralized firms want to “buy the soul of the internet.”

Borget told Decrypt that he “very much” agrees with both of his colleagues’ comments.

“There’s a risk if we do not stand up, and if we do not show that there is a way forward where users can be at the center of the value production—and be rewarded for their value through true ownership and self sovereignty,” Borget said. “Then the metaverse just becomes the same as Web2, where users are being monetized as a product.”

Such a centralized version of the metaverse would be “no different than what we’ve seen 20 years ago with Second Life,” he said, referring to Linden Labs’ 2003 virtual world game, often noted as a precursor for modern metaverse initiatives. It would be a “boring place lacking in imagination,” he added, if Facebook successfully creates a centralized metaverse rooted in Web2 models rather than embracing blockchain technology and user-owned economies.

“The metaverse is a fantastic concept that can shape technology for forever—like how we as human beings interact,” Borget explained. “[I want it to benefit] everyone equally, and it’s a new chance to do things better—not just for short-term profit or short-term vision, but more like: How do we shape the future for the next generation of users?”