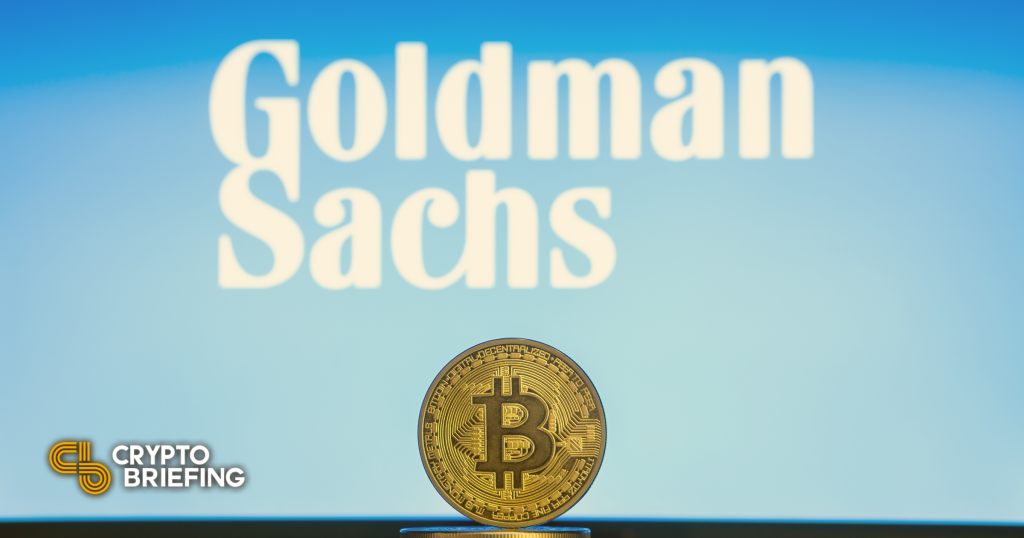 Mary Rich, Goldman Sachs’ head of digital assets of private wealth management division, told CNBC this morning that the bank plans to launch a “full-spectrum” of investments in Bitcoin and other digital assets.

Goldman Sachs, which commands over $1.8 trillion in assets, plans to offer BTC investment via “physical bitcoin, derivatives or traditional investment vehicles,” according to Rich.

The move from Goldman comes days within Morgan Stanley’s announcement of Bitcoin-related investment products for wealthy customers. Goldman is also targeting “private wealth clients” like high net-worth individuals, family offices, endowments funds in the near term, with at least $25 million to invest.

Rich said that the current macro-environment, along with the prospects of blockchain being the “dawn of a new Internet,” has motivated many of Goldman Sachs’ clients to look for Bitcoin investments.

She added that there is a “contingent of clients who are looking to this asset as a hedge against inflation.”

The bank plans to begin its BTC offerings before June this year.