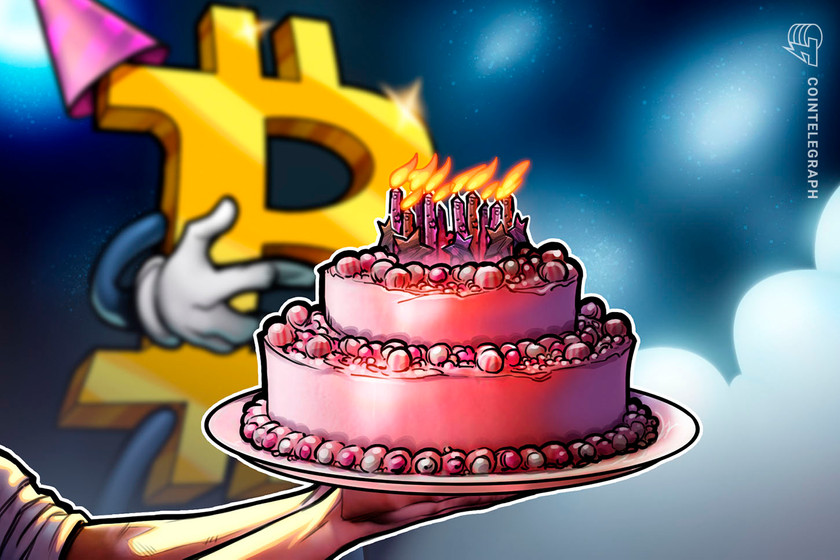 Finney was also the first person to publicly run Bitcoin (BTC), going down in the annals of crypto Twitter history with a famous tweet that often resurfaces:

Raise a glass to the world’s first Bitcoiner today. Hal Finney, the first person to receive a Bitcoin transaction from none other than Satoshi Nakamoto would have celebrated his birthday today.

On Bitcointalk.org, Hal Finney explained that when Satoshi first released the software, he “grabbed it right away.”

“I think I was the first person besides Satoshi to run bitcoin. I mined block 70-something, and I was the recipient of the first bitcoin transaction, when Satoshi sent ten coins to me as a test.”

The wallet address for the 10 Bitcoin transaction tells a story: surging to 10 Bitcoin in value in 2009 (roughly $400,000 in today’s terms), but before Bitcoin had a dollar-denominated value.

For Pete Rizzo, editor at Kraken and Bitcoin magazine, Finney was a “visionary”:

✨ Today is Hal Finney’s 66th birthday. RIP to a true legend — the recipient of the first #Bitcoin transaction and a visionary who embraced its invention when others wouldn’t dare pic.twitter.com/rKNJ0m3ftI

Finney sadly passed away from Amyotrophic lateral sclerosis (ALS), also known as motor neuron disease, in Phoenix in 2014. However, an eternal technologist, he was cryopreserved by the Alcor Life Extension Foundation and may be brought back to life via a technological medium in the future.

Prior to the diagnosis of the debilitating illness, Finney was known for more than just running Bitcoin: he ran half-marathons up until September 6th, 2009.

Happy Birthday to the one and only Hal Finney!!

As a part of his legacy, many Bitcoin foundations and charities organize running events including “Running Bitcoin” to fight ALS.

Related: ‘How I met Satoshi’: The mission to teach 100M people about Bitcoin by 2030

For some Bitcoin supporters, it’s a time to look back on his life and celebrate his achievements. But in typical Bitcoin Twitter fashion, it’s also an opportunity to make light of the situation:

Just imagine what we could have done with a Full Inney