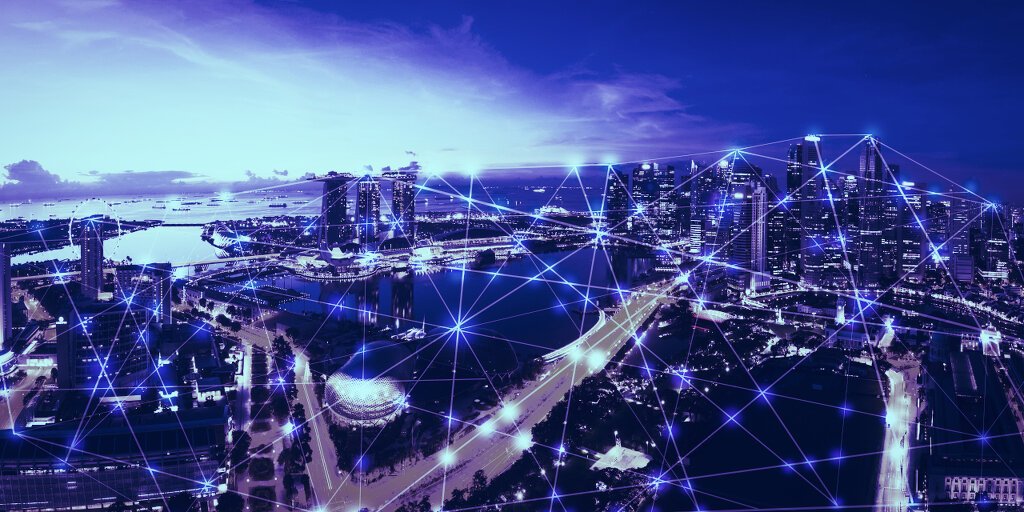 Startup Helium is launching a distributed 5G network that will be powered by crypto-mining nodes run by users. Helium’s original low-power network for IoT devices has 28,000+ active nodes and will continue on separately from the 5G push.

There’s a crypto startup on a mission to disrupt the telecom giants of the world—an audacious goal that may now be a little closer within its reach.

Billed as “the people’s network,” Helium is a decentralized, blockchain-powered network that allows users to earn cryptocurrency by running their own nodes, which power connectivity for Internet of Things (IoT) devices such as sensors and trackers. But now the Google-backed startup is aiming much larger: 5G mobile phone coverage.

Today, Helium announced an alliance with open-source connectivity hardware maker FreedomFi to launch Helium 5G, a new service that uses a different spectrum than the original LongFi network designed for IoT hardware. As a result, the new Helium 5G network will be able to support calls from 5G smartphones and other compatible devices.

As before, the Helium 5G network will rely on a distributed network of user-operated nodes, which will provide the connectivity for local users. As local users tap into the 5G signal provided by the nodes and calls are routed through them, the operators will mine Helium’s HNT cryptocurrency as a reward. FreedomFi expects that an end-to-end Gateway 5G node will cost between $1,000 and $5,000 to get up and running, depending largely on the 5G radio within.

“The LongFi network on Helium has grown faster than we could ever have imagined and demonstrated that with powerful blockchain-based incentives, any wireless infrastructure can be built in an entirely new way,” Helium CEO and co-founder Amir Haleem told Decrypt. “With FreedomFi, we’re excited to enable Helium 5G, lowering the national 5G deployment cost exponentially.”

“The power of crypto incentives means that individuals can build a ‘cell tower’ for $1000 instead of a centralized telco doing it for billions of dollars,” Haleem continued. “This crowdsourced model has proven to reduce time to market from decades to months.”

Helium—which was co-founded by famed Napster co-founder Shawn Fanning—was not initially intended to provide connectivity to mobile phones. In fact, when Decrypt first explored the project back in 2019, Haleem said, “It’s not for cell phones. It’s not for laptops. Your phone won’t work with this network. It’s not designed for that.”

However, a couple things have changed since then. Earlier this month, the Helium community passed HIP 27, a proposal to enable HNT economic rewards for new kinds of wireless protocols. Additionally, the FCC opened up the CBRS spectrum band in January 2020, enabling access to 5G connectivity. The original low-power LongFi network wasn’t and still isn’t capable of handling phone calls, and will continue on ahead separately from Helium 5G.

Last week, The Linux Foundation announced the official formation of The Magma Foundation, which comprises numerous stakeholders working towards open-source network solutions via the Magma network core. Both Helium and FreedomFi were announced as new members of the collective, which had previously existed without a formal name, and also includes members such as Facebook, mobile carrier Deutsche Telekom, and processor manufacturer Arm.

The first FreedomFi Gateway nodes that provide 5G coverage and mine HNT are now available for pre-order, with shipments expected in Q3 2021. Helium 5G connectivity will first roll out in select US cities later this year ahead of a planned international rollout and additional spectrum band support in 2022. Helium and FreedomFi are working with mobile carriers on roaming agreements to use the new 5G network for expanded coverage and call switching.

Meanwhile, Helium’s original IoT network continues to expand. The network currently has more than 28,000 active nodes—each with a 10-mile range—across 3,800+ cities around the world, with the largest concentrations of coverage in the United States, Europe, and China. According to the firm, its hardware partners have more than 200,000 more nodes backordered, and Helium forecasts having more than 600,000 nodes online within the next 18 months.