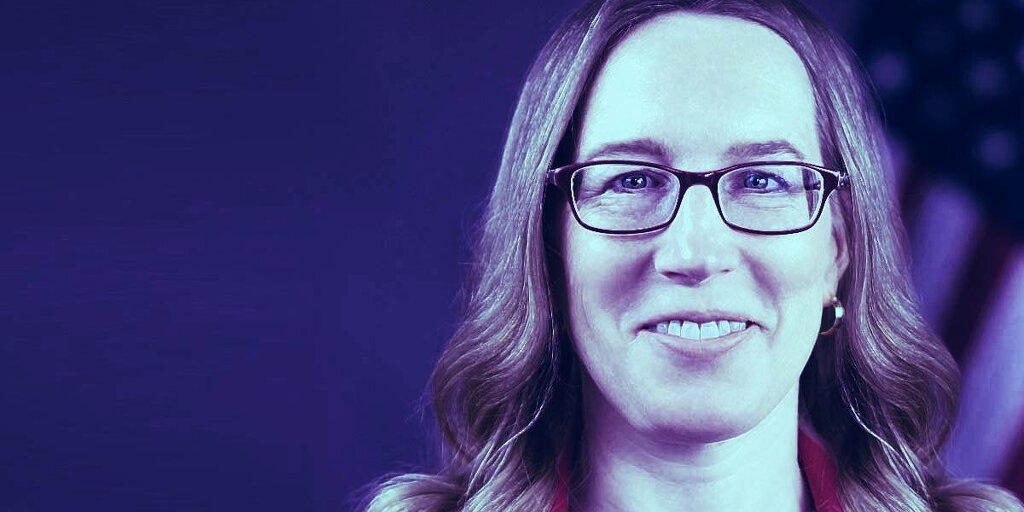 SEC Commissioner Hester Peirce spoke on a panel about the future of cryptocurrency regulation during the incoming Biden administration. The panel was moderated by RealClearPolitics, a conservative site that’s tied to The Federalist. Peirce stated her commitment to stepping up financial privacy protections.

In a virtual panel on Tuesday, Hester Peirce—the blockchain-minded SEC commissioner sometimes referred to as “Crypto Mom”—shared some insight into her approach to regulating cryptocurrencies.

“We still don’t know what crypto is going to become,” she said, stressing the need for regulation that both encourages growth in nascent tech and keeps criminals at bay.

The conversation was organized by RealClearPolitics, a conservative political news site that’s taken a decidedly pro-Trump turn in recent years.

The subject of the talk was ostensibly the question of crypto regulation in the Biden era, though the conversation was wide-ranging, covering everything from privacy issues to efforts at creating bipartisan coalitions around crypto legislation.

And while Layton, McHenry, and Verret all agreed they’d like to see the Trump-appointed Peirce in the role of SEC Chair, they learned during the call that Reuters had reported Gary Gensler was Biden’s pick.

“Gary’s worldview is well-known as it pertains to his previous role in the Obama administration,” said McHenry. “His views in many respects have been shaped by his post-regulator career, and I think he has a broad understanding of financial technology and financial innovation. And in that regard I have a sense of optimism that he may bring a thoughtful approach to his new role as a regulator.”

The question of how Biden’s administration will approach crypto regulation has been weighing heavily on the minds of both smaller traders and corporations. “We have seen during 2020 quite a bit of institutional interest and retail interest in Bitcoin and other cryptocurrencies,” said Peirce, suggesting that the SEC take a “fresh look” at regulation in the Biden era.

Peirce declined to comment on Biden’s picking Gensler for SEC Chair, though she discussed cryptocurrency with him at the MIT Bitcoin Expo 2019, where she jokingly called him “Crypto Great-Grandfather.”

Instead, she spoke about how the “freedom to engage in financial transactions without being surveilled” will be an important part of her own approach to legislation going forward, perhaps referencing recent proposed rules from the Financial Crimes Enforcement Network (FinCEN) that mandate reporting requirements for crypto wallet transactions.

That commitment to protecting privacy is nothing new from Peirce. She’s spoken to Decrypt in the past about the need for increased financial privacy, and insisted that the SEC needs to step up those kinds of protections.

But change is hard.

“Regulatory agencies tend to be quite conservative when it comes to change,” she admitted.

And while the relatively progressive Gensler may choose a somewhat different tack, Peirce’s tone has remained consistent.