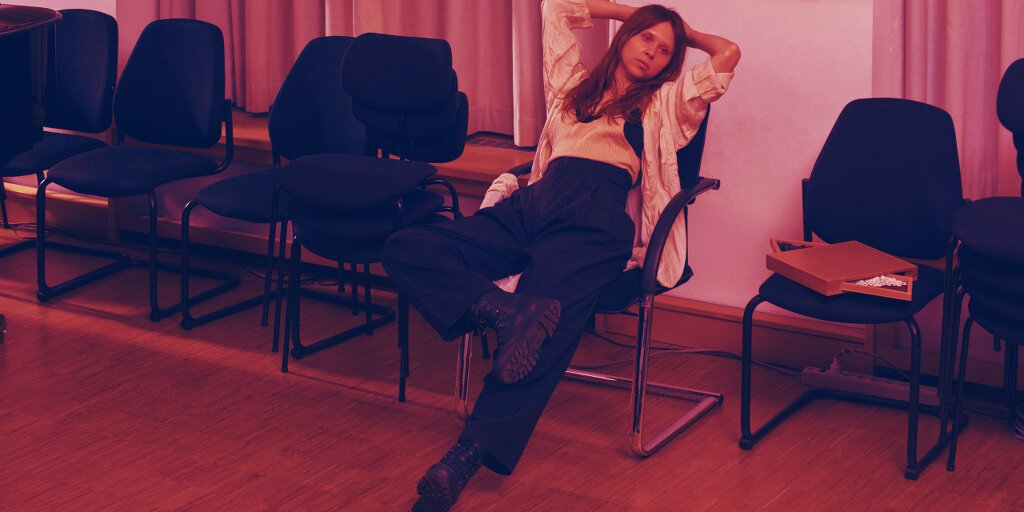 The composer Holly Herndon has announced a new digital instrument called Holly+. A DAO will govern the project.

Experimental composer and singer Holly Herndon has announced Holly+, an online instrument that channels audio files through a digital model of her own voice.

Upload a file, and a glitched-out version of Herndon will sing it back to you. In a statement, Herndon has described the project as a kind of vocal deepfake.

The project will be owned and governed by a DAO, or decentralized autonomous organization. DAOs are blockchain-based entities that can be used as investment collectives—each member gets a certain number of DAO tokens, which work kind of like shares in a company. Fractional ownership of NFTs and other crypto assets is divvied up according to how many tokens you have.

In this case, the DAO owns the rights to the model of Herndon’s voice, and the profits from the approved sounds generated by Holly+ are funneled back to token holders.

“In the event of my death, I feel more comfortable with distributed ownership of the rights to my voice model among a DAO of stewards who are invested in maintaining the value and reputation of my voice than the rights being passed down to someone less familiar with the values and standards associated with my work,” writes Herndon.

“There is precedent for music catalog rights being passed down to family estates whose best interest is in making as many short term gains from those rights as possible,” she continued. “My hope is that decentralizing decision making across a DAO of stewards will encourage a more delicate stewardship over those rights through debate and shared interest!”

Herndon’s DAO is invite-only for now, but that may soon change, per a tweet:

Holly+ is a collaboration with Never Before Heard Sounds, a studio that’s put out similar generative audio experiments in the past. Herndon is also plotting an NFT marketplace via Zora, a Coinbase-funded auction house for crypto art, which will sell “approved works” created with the program.