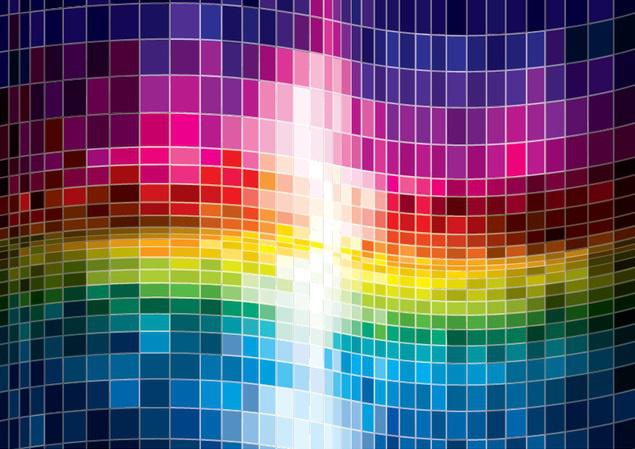 Pablo Picasso, arguably the most influential artist of the 20th century, was known for experimenting with new creative styles and pushing the boundaries of what society would recognize as aesthetic beauty.

A founding father of cubism, attempts to critique his art often focus on his approach of deconstructing subjects and then reassembling them in novel, disjointed, perplexing forms.

Even in his wildest dreams, though, Picasso couldn’t have conjured up what Sygnum – the world’s first regulated digital asset bank, headquartered in Switzerland and Singapore – would be doing to one of his paintings some five decades after the artist’s death.

Last year, the Zurich-based crypto bank made history by teleporting Picasso’s 1964 masterpiece Fillette au béret – or, at least, its legal ownership rights – onto the blockchain. It then chopped up the digital asset into 4,000 tokens, which were sold to more than 50 investors at 1,000 Swiss francs ($1,040) apiece. In doing so, Sygnum gave birth to a new genre of investments dubbed Art Security Tokens (ASTs), which combine the technological wizardry of blockchain with the legal certainty afforded by Switzerland’s progressive new approach to digital securities.

There’s a lot to unpack there. But let’s start with one unequivocal statement: ASTs are not Non-Fungible Tokens (NFTs), the blockchain-based asset class that’s taken the art world by storm over the past couple of years.

Artists around the world can and do sell their work in NFT form, but with two crucial differences.

First, NFTs are by definition non-fungible, meaning that whatever a given token represents – be it a drawing of a monkey; or a video of a basketball player; or the first ever tweet – its associated digital form is unique, without equivalent anywhere in the universe. Even if, say, an artist mints 100 NFT prints of the exact same image, each of those prints will have a unique identity on the blockchain that distinguishes it from the other 99 copies. The same cannot be said for the component parts of an AST, each of which is fungible (or interchangeable).

It’s this divisibility and substitutability that makes ASTs suitable for fractional ownership.

Second, and more importantly, NFTs are legally immature instruments that in most cases do not bestow ownership rights to an underlying asset. The person who last year paid $387,600 for an NFT representing a video clip of LeBron James does not own that footage: they have no legal claim to the copyright for the video; they cannot stop the National Basketball Association (NBA) from using the video however it pleases; and they also can’t stop it from issuing more NFTs that are claimed to represent the very same video.

All that this adventurous investor really owns is a unique digital certificate that is understood to be affiliated with the video – an understanding that the content producer and the wider marketplace currently, voluntarily choose to honor.

That’s not how ASTs work. Switzerland’s newly passed Distributed Ledger Technology (DLT) Act – which is actually a package of amendments to ten separate laws – upholds the legal standing of ledger-based securities, or financial instruments that exist on and are traded across the DLT protocols used by blockchains.

This unique approach by the country is a break from the past in an important way. Unlike all previous forms of fractional ownership, ASTs create legal certainty without any need for a third-party to establish and maintain a financial shell company that verifies the link between an underlying asset (in this case, Fillette au béret) and the artificial instruments that are claimed to represent it (the 4,000 tokens). Thanks to the advent of blockchain-powered immutable data, these digital tokens are automatically recognized by the courts as legal chunks of the painting.

“You no longer need to issue a security in a traditional sense, and then issue a token that’s connected to that security … through a contractual relationship,” explains Thomas Eichenberger, head of business units at Sygnum, in an interview at the bank’s Zurich office.

“Now you can issue the token that is the security.

“We really tokenized the painting itself, and we issued securities that represent direct ownership in the painting. So we basically completely eliminated that layer of the Special Purpose Vehicle (SPV), which makes it much more powerful. Not only in terms of reducing costs – because you don’t need to pay for an SPV – but also in terms of emotional connection. [When you invest in an AST] you really own a piece of the painting. You don’t own some part of a shell.”

For a concept as difficult to get your head around as ASTs, it takes some time to fully appreciate their real-world impact. Sygnum’s co-founder and group chief executive, Mathias Imbach, is quick to chime in with one consideration – albeit while invoking more financial terminology.

“It simplifies the process of transferring securities significantly,” he notes. “Let’s say you are buying two Picasso tokens: you click and it happens; there is immediate Delivery Versus Payment through an Atomic Swap mechanism. And from that very moment, you have the legal claim for the economic rights in front of court.”

Bypassing the need for a separate contract doesn’t just make things quicker, cheaper and simpler; it also opens the door to vastly more powerful secondary markets. Thus the owners of Fillette au béret can log onto SygnEx, Sygnum’s trading platform, and list their tokens for sale whenever they feel like it. The most recent trade, on April 1, saw a single token change hands for 1,100 francs, implying that the painting’s value has appreciated by about 1% over the past six months (the original subscribers paid an 8.9% custody and insurance fee on top of the float price).

On top of the practical advantages of ledger-based securities, it’s important to also recognize how fractional investments can democratize and catalyze market access.

To date, Sygnum has successfully sold two ASTs: Fillette au béret and CryptoPunk #6808, which is part of a popular collectible NFT series. The bank has also tokenized a valuable wine, Grand Vin de Château Latour 2012. It’s currently taking subscriptions for a tokenized collection of soccer sculptures by the Swiss artist David Pflugi. And another “blue-chip artwork” of a “different style and era” to Picasso’s is in the pipeline, according to Eichenberger.

Under normal circumstances, none of these collectibles would ever make it into the investment portfolio of an average person. Even a very wealthy person with a net worth of $10 million is unlikely to sink 40% of that into a single painting. A pricey bottle of plonk is perhaps more realistic, but unless they have personal experience of trading wine bottles they’ll still find it difficult to – if you’ll excuse the pun – liquidate their asset.

All of that changes when you digitize and divide ownership on a platform with instant settlements, allowing investors to gain exposure to assets that they couldn’t afford to buy outright – and that they’d struggle to sell when the time comes.

What’s more, it’s not just collectors who stand to benefit from the technology.

“In the end, what we’re trying to provide is broader access to hard-to-access and/or illiquid assets,” Eichenberger says. He outlines “four pillars” of asset classes that Sygnum considers to be candidates for fractional tokenization: arts and collectibles; real estate; mid-cap [companies]; and venture capital (VC).

“For VC, we’re looking at providing opportunities to raise capital for later-stage start-ups and scale-ups from a broader base of investors. For VC and mid-cap, we’re looking into private market assets – private equity, private debt, venture capital funds – which are quite hard to access given their high minimum ticket sizes and low-to-no liquidity in the secondary market. We’re trying to crack those barriers and provide broader access to a broader audience.”

Across various different asset classes, it’s clear that ledger-based securities and the legal protections they engender – in Switzerland, anyhow – are a step forward for investors.

But they can also empower owners by unlocking the value of static holdings.

Consider large art galleries, museums and storage facilities for artworks. All of these institutions sit on vast sums of wealth; locked away; occasionally viewed by human eyes but otherwise left to gather dust and slowly appreciate in value.

“It’s just idle money,” Imbach shrugs, pointing to the facility where Fillette au béret is custodied – a monster of a structure that’s been purpose-built to protect valuable artworks from every conceivable threat: armed robbery, fire, an earthquake, even the impact of a commercial plane crash.

“They have billions of dollars of art there, but they can’t really do anything with it. Museums are the same. They sit on an enormous amount of wealth, but it’s all locked up in the artworks they’re exhibiting. They have no liquidity in order to reassemble their collections, or to expand their collections and expand the universe of what they can exhibit … I think tokenization can be an extremely powerful tool, giving them access to liquidity by selling part of the artwork they’re exhibiting, and allowing other investors to participate in the appreciation of these artworks.”

Redefining asset distribution models isn’t easy, and Imbach freely admits that there are complexities to consider with tokenization.

Dependence on other owners is one inherent problem with fractional investment. Sygnum mitigates this risk on two fronts. First, by imposing “squeeze-out and drag-along provisions” so that the voting rights of two-thirds of the tokenholders can compel the remaining one-third to sell. Second, by committing to a “finite investment horizon” – a maximum of eight years for Fillette au béret – so that minority tokenholders are guaranteed an “exit opportunity” irrespective of the wishes of their peers.

Pricing models also require careful consideration. The Picasso was brought to market at a fixed price of 4 million francs, based on the valuation given by an industry-leading appraiser. A “crowd auction price-finding mechanism” could have been an alternative approach, Eichenberger says, but at a cost of injecting yet more complexity into the process.

For all the ingenuity and hard work that’s gone into developing ASTs, Sygnum currently generates a mere fraction of its revenues from the nascent field.

By far the bulk of its income is derived from cryptocurrency-related activities: custody, trading, staking, lending and various flavors of asset management. Like Seba Bank – the only other regulated crypto bank in Switzerland – Sygnum has developed a suite of structured products for its client-base of crypto companies, professional investors and financial institutions.

These include DeFi+ Core, an Actively Managed Certificate (AMC) that invests in a basket of Decentralized Finance (DeFi) tokens; the Sygnum Platform Winners Index (MOO MOO N), an SIX-listed Exchange Traded Product (ETP); and a yield strategy AMC, which targets 16% annual interest through lending and staking while minimizing market beta exposure. The bank looks at a variety of metrics when compiling and rebalancing its structured products, including market cap, trading volumes, GitHub commits and privately-sourced project intelligence.

Tokenization, by comparison, is a tiny piece of pie. But it’s an innovation that Sygnum seems determined to pioneer.

“We see ourselves at the very forefront of tokenization: pushing the boundaries and challenging the status quo,” Imbach says. “And we’re convinced that its inflection point is yet to come.”

Thanks for reading. The next article in this four-part series about Switzerland’s emergence as a bitcoin and blockchain hub will be my interview with Nino Landerer, head of capital markets & infrastructure at the State Secretariat for International Finance (SIF). It will be published on Friday, April 29.